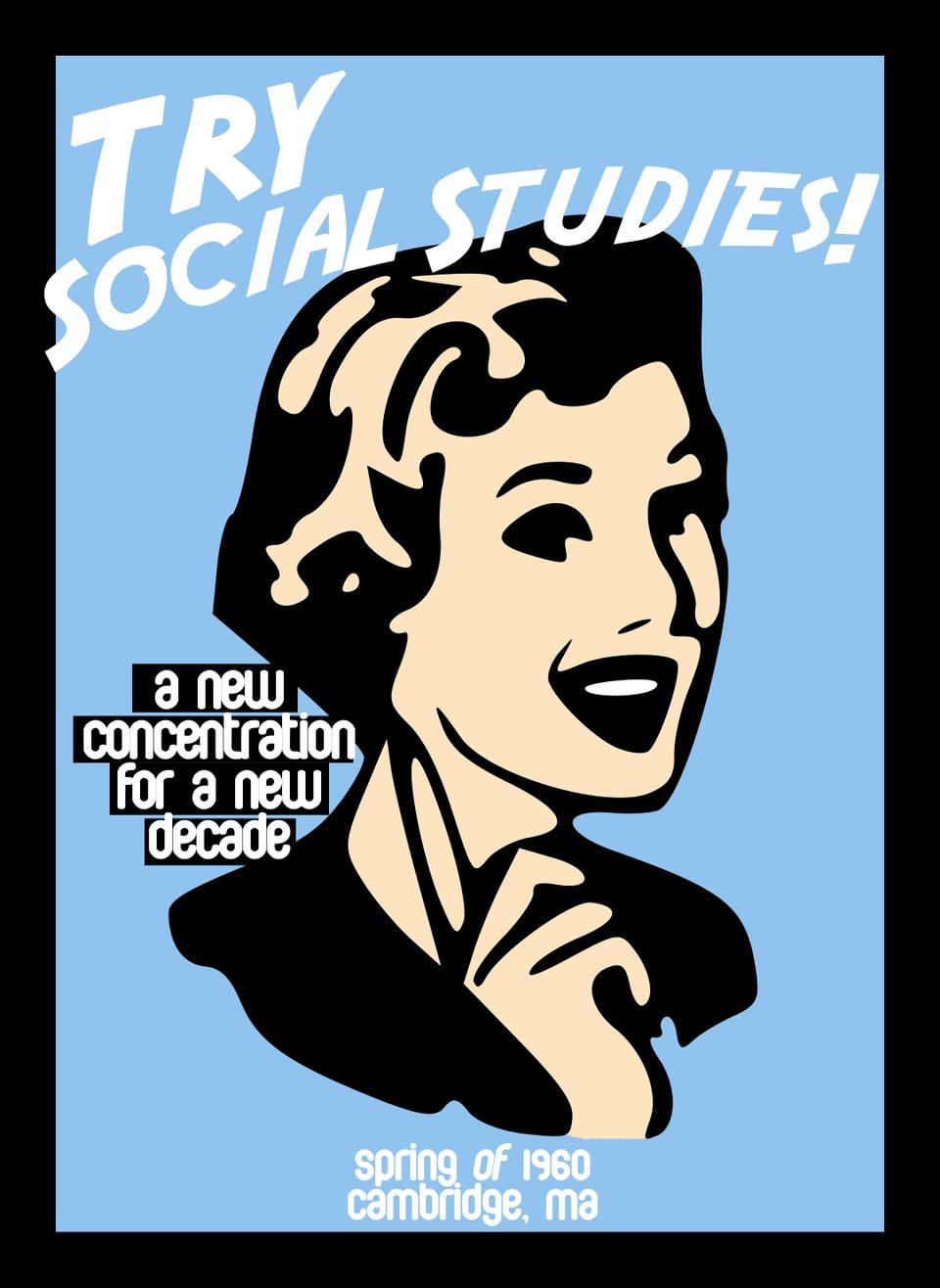 Every Tuesday in the fall of 1960, a group of six students gathered in the  living room of Winthrop resident tutor Robert P. Wolff ’54. There, along with Sociology Professor Barrington Moore, they would discuss the likes of Marx, Freud, de Tocqueville, Nietzsche, and Durkheim.

“It was just two professors in a living room going at you for two hours—it was very heavy stuff,” said Wolff, then a philosophy and general education instructor. “When Moore was done with them he’d pass them off to me. The kids were just plastered up against the wall. The first week’s reading was the ‘Wealth of Nations.’ We were insane.”

The meetings in Wolff’s living room marked the beginning of what is now one of the most popular concentrations on campus, Social Studies. In 1960, 15 students in three tutorials embodied the realization of a plan for an interdisciplinary and comprehensive concentration that had been years in the making. While the program has flourished over the years, some complications and doubts surrounded its formation.

Initially, many of the departments that the Committee on Degrees in Social Studies sought to integrate—such as Government, History, Economics, Anthropology, Philosophy, and the now discontinued Social Relations department—had qualms about the addition of a new concentration that could steal some of their best professors and brightest students.

“It’s a traditional and universal fact of the higher education system in America,” said Wolff, who became the concentration’s first head tutor. “The creation of departments means that existing departments might lose students, and they use those statistics about majors to justify their funds.”

Stanley H. Hoffmann, government professor and one of the founders of the committee, admitted that Social Studies did indeed take many of the brightest students on campus from other departments, but he insisted it was necessary.

“People want to get out of little boxes,” Hoffmann said. “You cannot separate politics from the study of history or economics. Equations and models are one thing, but human beings are another.”

However, professors and administrators continued to push back, fearing that an interdisciplinary concentration would simply be far too broad to keep up with the academic standards Harvard demanded.

Students saw the breadth of the concentration as a distinct advantage. “It was great, broad, and it meant that I didn’t have to narrow myself,” Charles A. Stevenson ’63 said. Stevenson, a member of Wolff’s first tutorial, returned to co-teach Social Studies’ international relations junior tutorial from 1968 to 1970. “It kept more options open longer. My mind got stretched by my sophomore tutorial more than any other experience at Harvard.”

Current Social Studies Director of Studies Anya E. Bernstein said that the concentration has always been personalized. “Students follow their individual academic paths, and they get a lot of support in that process,” Bernstein said.

While Social Studies was able to borrow senior faculty from other departments, the committee as a whole has struggled to build a solid and lasting base of professors. In its first 40 years, not a single junior faculty member received tenure from the committee.

“It is a strength and weakness that the department has attracted so many junior faculty members,” Hoffmann said. “In my opinion there are not enough senior members teaching.”

“Instead they are submerged in their department or sitting on review committees,” he added.

Despite such struggles, Hoffmann said he is pleased with his vision as it exists today.

For the first two years, social studies tutorials did not count towards academic credit, so students had to take them in addition to their full course load.

The class of 2010 will be the first concentrators to graduate under the new system, which allows students to design a specific focus field  that must pass through a review process. Bernstein said most focus fields combine

an issue and a region—for instance, Education in Rural America.

Remarkably, the tutorial-based structure and syllabus has changed relatively little in the 50 years Social Studies has been a part of the University.

While students today might not have to read the whole of “The Wealth of Nations” in a week, they still gather to discuss the classics of social theory in hopes of accumulating a wide range of tools to analyze their surroundings.

“In fact, just a few years ago we had a T-shirt contest and the winning slogan was, ‘Social Studies: changing the world in 30,000 words or less,’” said Bernstein, referring to the maximum length of a Social Studies thesis. “We are dedicated first and foremost to inquiry and the passion to understand the world and engage with it.”