POSTCARD: How Not to Find French Housing 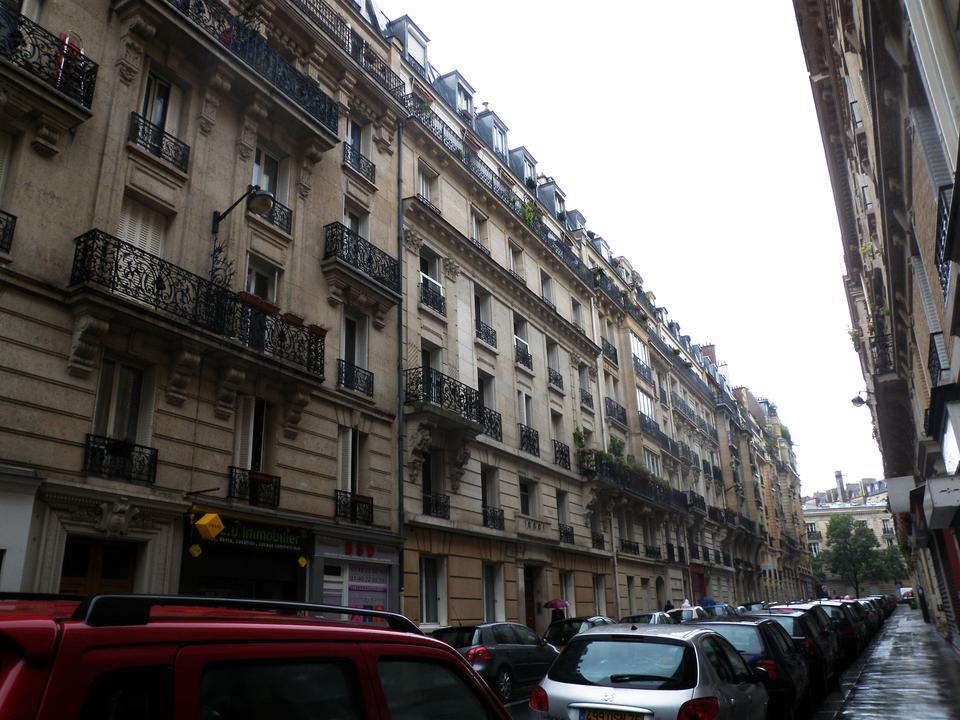 PARIS, France–Good, affordable housing in Paris is a real problem. I’ve been in Paris for less than a month, and I’ve already switched four times. In the process, I have slowly and painfully accumulated some wisdom that I would now like to share.

1. Never take a chambre de bonne, no matter how good of a deal it may seem. They are relatively inexpensive, but they are usually on the top floor of the buildings, so although the view is great, during the summer it is very, very hot. There is also just enough space for a bed and your American suitcase, but not for you, unless you are in the bed. Although “bonne” means good in French, chambre de bonne does not translate as “good room,” but as “maid’s room,” and there definitely is a difference. Although the life of 19th century maids in Paris may seem fascinating according to Alexandre Dumas, their accommodations were definitely not.

2. Moving in with a wonderful French ex – also not a good idea. This holds true even if you can see the Eiffel tower from three windows of his apartment, and the place is twenty times bigger than the last room you stayed in. You can cook together, go out together, and by French standards, it’s completely normal to be good friends with your ex.  But you can do that without living together. For me, this only lasted three days.

3. As you move out of your ex’s place, and want your privacy without feeling isolated from city life, a residence might sound quite appealing. You might think that you could meet other French students, be around young people, assimilate into the culture more, go out together, and so on. All this might be true as long as you don’t get a residence for nurses without actually being, or at least aspiring to be, a nurse. I made that mistake when agreeing to be placed into Jerome Le Jeune. The place felt very much like a hospital with its blank walls, intense cleanliness and even pitiable garden in the concrete, which makes you think of a dying person’s last sigh as they look at a little blue flower. Coincidentally, in Jerome Le Jeune there were also rooms for retired old ladies. French old ladies are friendly and love to chat, but French nurses are very exclusive. In fact, in the very liberal, open-minded country of France, I was discriminated against for not being a nurse. They could do yoga classes in the garden, and I could not. Nurses could put an extra bed in their room, and I could only use one. They could spend nights around a piano singing Édith Piaf songs, and I could not join! (And after all Parisian nightlife doesn’t get any more exciting than that). The French administration also apparently cares for the purity of their nurses. There were no visitors allowed in the residence at all, and especially not men. (I thought this place was for nurses, not Vestal Virgins). The girls were supposed to return home before 1 am every night, which by Parisian standards is very early. And just to make sure that I don’t ruin the delightful Puritan atmosphere, every few days they would tape random notices on the doors of the few lucky international students with big red letters in English: “Mademoiselles! This is a first warning. No drugs. No alcohol. No returning home late. Don’t make noise.” For only 100 euros more, I eventually escaped to my own studio.

4. I was so ready to leave Jerome Le Jeune that I took the first nice-looking studio I was offered. It is near the metro stop Alésia, and in a lovely neighborhood. There is a café on one corner, a boulangerie on the other, and a bookstore right in front. There is more than enough space and a great atmosphere. But two very important things are missing: air conditioning and wireless internet. In my two days here, I have found partial (that is, very partial) solutions to both. I made friends with my neighbors across the hall, a nice elderly couple, and we decided to both keep all our doors and windows open so that air can circulate between the two apartments. However, the same elderly couple told me that if I tap into their Wifi, their television would explode. Then my first night, when walking down the stairs, I noticed that the neighbor below had left her key in the door lock. I knocked and gave her the key. She was so grateful she gave me her Wifi password. Unfortunately, the signal is not too strong. It only works in the hall, so that’s where I’ve been spending some time. French neighbors look at me curiously and step over me as I write art history papers and Skype in Russian. What can I say, it’s a great way to meet people. A real conversation starter.