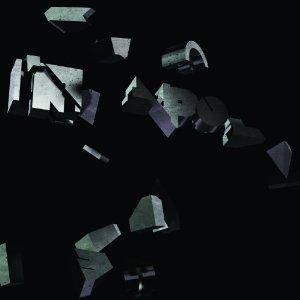 New York band Interpol had worked themselves up to a near-legendary status in the indie rock world by the time of the release of their third album in 2007. However, with their fourth, oddly self-titled LP, something has gone wrong—loss of interest, biting off more than they could chew, who knows—and things could not be worse. Filled with ten inappropriately long tracks with the same slow, uneventful ennui, “Interpol” blurs together into a 45 minute-long, painful let-down.

This is not to say that Interpol don’t deserve credit for what they have recorded. It is plain to see that much effort was put into creating a darker sounding, more melodic and perhaps more mature and developed album. However, if this dry collection indeed is the result of maturation, I would recommend to Interpol the option of retirement.

On their website, they put it into their own words: “The four of us poured our collective heart into this music and we are very proud and excited to share it. It’s a heavy record.”

They are absolutely right—but it’s too heavy perhaps. So many tracks are bogged down with low octave bass lines and guitar riffs that drag from measure to measure without changes in tempo or melody. They sound cool at first, but by the second minute, you are skipping to the next song without thinking twice. “Lights” is a case in point. It begins with a two-measure bass lick, which repeats for five and a half minutes. The monotony is joined intermittently with drums and a mimicking guitar, but neither gives much of a kick to bring the track to life. Every attempt to resuscitate the sound fails, miserably. Here lies Interpol.

Unlike previous albums, filled with single-worthy tracks that could be played alone with satisfaction, “Interpol” tries to emphasize the idea of the big picture. However, once you listen to the ten tracks, you become numb and accustomed to the feel of the album. Worse yet, most tracks are incapable of standing on their own; the second the listener takes it out of context, its flaws stand out strongly.

“Interpol” also fails to take advantage of the vocals of Paul Banks. Banks offers arguably one of the most unique sounds of any alternative rock lead singer. In Interpol’s previous albums, this was used as an asset to better their sound. Now, however, with few fast-paced choruses or energetic verses, his voice does not have the ability to speak for itself. It is muddled by the groggy sound that surrounds it, and sadly just blends in with the monotonous tracks.

The high point of “Interpol” is the song “Try It On,” which stands as the only success in the band’s apparent efforts at a new sound. With a honky-tonk piano riff and whistling accompanying a progressively fast-paced song, Banks’s vocals can stand out, joined by backing vocalist and guitarist Daniel Kessler. It ends with some electronic tones and beeping. Unfortunately the same cannot be said of “Success,” which is anything but, as it is filled with the same unenergetic tempo and boring melodies as the surrounding tracks. “Barricade” is most similar to tracks from “Antics,” their 2004 album, such as “Slow Hands” or “Evil,” which makes it enjoyable in and of itself. Unfortunately, it seems out of place alongside the “heavy” tracks that it lies between.

Interpol presents us with an all-or-nothing album that is for all intents and purposes unenjoyable. There are redeemable musical qualities here and there, but they can only be found with agonizing scrutiny. Its feel is slow and aimless, and is weighed down by an over-thought sound. After a 13 year run, they seem handicapped, and in need of reinvigoration.