Through the Outsider’s Eyes

A Brief History of Harvard 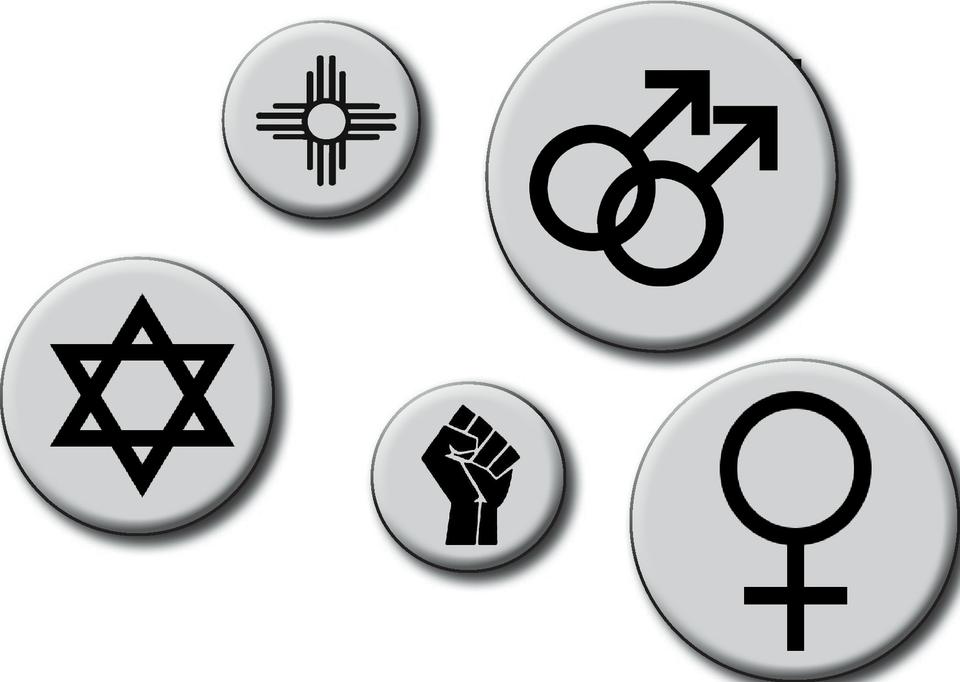 In The Last Puritan, his epic novel that chronicles the life of the Boston Brahmin Oliver Alden, George Santayana, the Spanish-born philosopher who graduated from Harvard in 1886, alludes to the life of the outsider at the University.

Harvard outsiders, he writes, were “odd persons going about alone, or in little knots, looking intellectual, or looking dissipated […] likely to be Jews or radicals or to take drugs; to be musical; theatrical, or religious; sallow or bloated, or imperfectly washed; either too shabby or too well dressed.”

“The tribe of these undesirables,” Santayana concludes, “was always numerous at Harvard.” At the University’s 375th anniversary, the history of that “tribe of undesirables” includes the narratives of Native Americans, African-Americans, Jews, women, homosexuals, and many others historically excluded from University life. Below are a few of these narratives from last three and three-quarter centuries.

When Joel Iacoomes, a Wampanoag American Indian from Martha’s Vineyard, arrived at Harvard’s Indian College, he and his classmate Caleb Cheeshahteaumuck, class of 1665, had been attending preparatory school for five years in order to become fluent in Latin. An American Indian from the Aquinnah Wampanoag tribe, Iacoomes was the son of an interpreter for a Christian missionary and excelled academically.

Iacoomes and Cheeshahteaumuck were students at the Harvard Indian College, established by Harvard’s Charter of 1650. The charter calls for the “education of the English and Indian youth of this country, in knowledge and godliness.” The College stood on the present-day site of Matthews Hall and, in its history, only ever had five students: Iacoombe, Cheeshahteaumuck, John Wampus, Benjamin Larnell, and a student known only as Eleazer. Harvard professed its dedication to educating American Indians free of charge.

Cheeshahteaumuck was the only student ever to graduate from the Indian College. Iacoomes, Larnell, and Eleazer died before completing their degrees, and Wampus left to become a mariner. By the end of the 17th century, the Indian College had been torn down, its bricks to be used for the construction of other buildings.

Although Iacoomes died just weeks before graduation, Harvard declined to give him his degree.

The first black student was not admitted to Harvard until 1847, when Beverly Garnett Williams was accepted but died before entering the college. After his death, Harvard waited nearly 20 years to admit Richard T. Greener, who graduated from the college in 1870. The next several decades saw more black students at Harvard and eventually at Radcliffe, including on athletic teams and in the graduate programs.

It wasn’t until the Presidency of Abbott Lawrence Lowell, class of 1877, in the 1920s that the University took a step backwards.

Lowell, a Harvard alum and progressive in his stances on economic disparity, made it his mission to eradicate black students from Harvard Yard. He had not, he said, “thought it possible to compel men of different races to reside together.”

“It is not a departure from the past to refuse to compel white and colored men to room in the same building. We owe to the colored man the same opportunities for education that we do to the white man; but we do not owe it to him to force him and the white into social relations that are not, or may not be, mutually congenial,” Lowell said.

Feelings of racial segregation in housing persisted until the implementation of the randomized housing lottery in the 1990s.

In 2002, an investigative effort by The Crimson unearthed a new part of Lowell’s legacy, a “Secret Court” which Lowell convened to try, shame, and expel gay students from the University.

Eugene R. Cummings, a dental school student known in writings of the underground gay scene as “Pope,” was one of the students brought before the Court after the suicide of Cyril E. Wilcox, a student at the college who confessed his homosexuality to his brother before committing suicide. Before the Court, Cummings maintained “absolute denial of any h.s. [homosexual] relations.” The testimony of other students interrogated by this ad-hoc group of judges implicated him in the fledgling gay scene.

Before finding out that he, along with nine other Harvard men, was found “guilty” and was expected to leave Harvard and Cambridge at once, Cummings committed suicide at Harvard’s Stillman Infirmary. He died three weeks before his expected graduation.

Today, Lowell house, named after the instigator of the “Secret Court” to purge homosexuals from Harvard, is the only upperclass house governed by gay housemasters, and the University added sexual orientation to its non-discrimination policy in 1985 and gender identity in 2006.

Although the University offers support for many medical transition options for transgender students, many members of the LGBTQ community were disappointed at Harvard’s decision to welcome ROTC back to campus last year despite the program’s continued ban on transgender students.

The quota system was needed, Lowell maintained, because anti-Semitic sentiment on campus “grows in proportion to the increase in the number of Jews.”

The overt anti-Semitism of Lowell’s quota system was voted down by the board of overseers, but his institution of more subjective aspects of the admissions process—letters of recommendation and interviews—allowed him to weed out Jewish students anyway. The percentage of Jewish freshmen at Harvard dropped drastically, from a high of 27.6 percent in 1925 to below 15 percent in 1933.

Despite the fact that coeducational colleges had existed in the country for over 50 years by 1879, that was the year that Radcliffe College, Harvard’s sister school, opened its doors to women for the first time. Although students often demonstrated considerable academic prowess, Harvard’s president at the time, Charles W. Eliot, Class of 1853, still questioned “whether the women have the originality and pioneering spirit which will fit them to be leaders.”

Although located just off Harvard Yard, Radcliffe women were not permitted to attend Harvard classes until 1943, when World War II accelerated integration. Beginning in 1963, Radcliffe diplomas were signed by the Presidents of both Harvard and Radcliffe, and, in 1972, the Yard dormitories were opened to women. It wasn’t until 1999, however, the female undergraduates were fully integrated officially into the Harvard community and began receiving Harvard diplomas instead of joint “Harvard-Radcliffe” certificates.

Complete integration on paper failed to end everyday issues, however. In 2005, then-President Lawrence H. Summers came under fire for making comments about women in the sciences that many believed to be sexist. The Faculty of Arts and Sciences voted “no confidence” in him shortly thereafter. As recently as last year, gender disparities on the Undergraduate Council caused concern about the role of women in leadership positions on campus.

Today, Harvard is tackling one of the last institutionalized barriers to equal access–socioeconomic status.

The College implemented a need-blind admissions policy over two decades ago, allowing them to admit qualified applicants without regard to their family’s financial status. Recently, the College has strengthened efforts to help low-income students attend attend Harvard.

Starting in 2006, the University announced that families earning less than $60,000 annually would not be required to contribute towards their child’s education at the University. Last year, that number was raised to $65,000.

The need to make Harvard more socioeconomically diverse was also one of the reasons cited in Harvard’s suspension of its Early Decision program in 2006, although the program returned as Early Action for the class of 2016.

Many middle class families who do not qualify for as much aid, however, still face a considerable burden in sending their children to Harvard.

At Commencement 2011, Tiffany J. Smalley ’11 became the first Wampanoag American Indian to graduate Harvard College since Caleb Cheeshahteaumuck in 1665. At the Commencement ceremony, she received Joel Iacoomes’ posthumous baccalaureate degree, a recognition of his academic achievements at the College.

Although the University—at this and other moments—has maintained its “commitment to a diversity of students,” some—such as an Extension School student currently campaigning to grant victims of President Lowell’s Secret Court posthumous degrees—are convinced there is more to be done.