Academics argue for the cultural importance of television shows 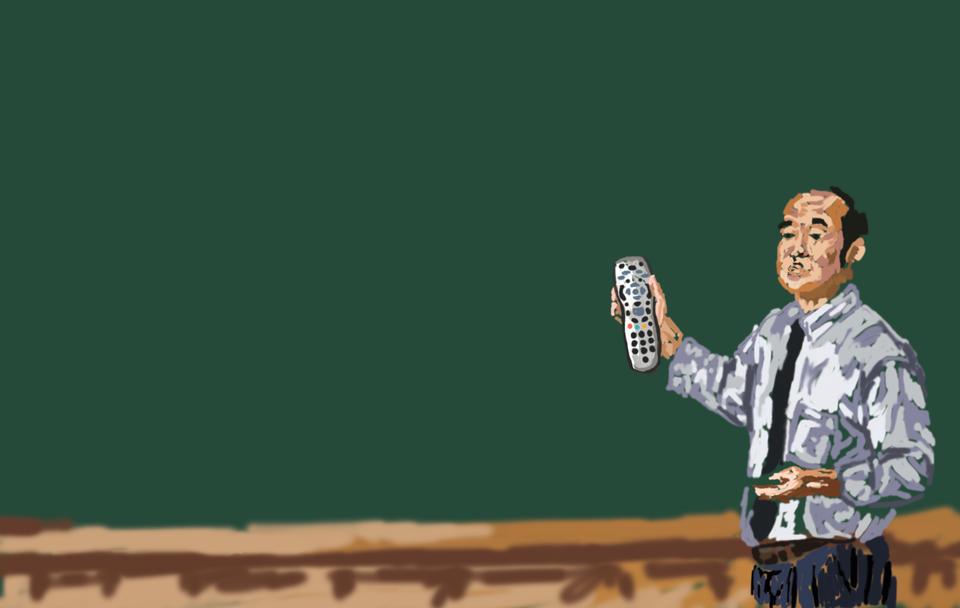 “Jersey Shore” has been critiqued on moral, aesthetic, social and spiritual registers. It’s even been denounced for glorifying tanning. While critical analyses of the show are worthwhile, however, there is also a sociological perspective that doesn’t question the reality show’s meaning for viewers. Rather than deriding its importance, this viewpoint seeks simply to analyze what the popularity of “Jersey Shore” may imply about the culture surrounding it. If an alien landed on earth and saw “Jersey Shore,” what would he learn about Americans?

An emergence of classes at Harvardthat focus on popular TV shows has sparked intelligent discussions about the social norms evident in any TV rendering of society. The professors and students who now use TV as an academic tool seek to prove that the medium provides instant access into the sensibilities of both small subcultures and whole countries. The normative claims to be made about whether “Jersey Shore” should beat out a presidential debate are less interesting to this school of thought than the way the show reflects on our culture at large.

Thankfully, there are shows that say something about America other than “Jersey Shore.” Sam G. Greenberg ’14 may be anomalous among college students who use Hulu and Netflix to procrastinate. “I watch very little TV at Harvard, but I don’t really watch much TV in general,” he says. However, as a prospective History and Literature concentrator, Greenberg believes television is uniquely able to preserve and exhibit elements of a culture.

“For me, television is always a reflection of cultural values and I find it interesting,” Greenberg says. “The only thing I’ve been watching recently is ‘Entourage,’ and the show started eight years ago so it’s fascinating to see the small indications of how society has changed since then. From the clothes they wear to the updates in technology that are portrayed in the show, it’s cool to see how popular culture has changed in the past few years.” “Entourage” does not seek to portray something about American culture, but simply by virtue of its commitment to realism—a commitment it shares with all sitcoms—facts about American culture are subtly woven into the script.

Other shows have higher aspirations for the accuracy and weight of their societal depictions. Lewis and Linda Geyser University Professor William Julius Wilson teaches the now-famous class African and African American Studies 115: “HBO’s ‘The Wire’ and it Contribution to Understanding Urban Inequality.” “The Wire” follows the members of the underground drug trade in Baltimore, Md., as well as the police forces that work to bring them down. Wilson uses the series to teach a seminar about the urban poor. He assigns his students several episodes to watch each week alongside scholarly articles to read. “‘The Wire’ is such a sophisticated show that every episode, every season, can be related to actual empirical research. I think the students learn even more than those who are just reading academic work,” Wilson says.

Wilson recently met with the creator of “The Wire,” David Simon, and he insists that Simon knows a great deal more about the workings of intercity inequality than many critics give him credit for. “He has a real sociological imagination,” Wilson says. “He has an understanding of the way the world works that reminds me of a person trained in social science.” It is Simon’s relation to academic­—his apparent similarity to a “social scientist”—that legitimizes his show for academic study.

When other academics groused about Wilson’s idea for a class based on a television show, he sent them his proposed syllabus. “I had no one come back with a critical remark after they saw the syllabus,” he says. Criticism, then, came more from preconceptions about TV as intrinsically cheap entertainment than about its television’s actual usefulness in a classroom setting.

“‘The Wire’ doesn’t replace rigorous academic scholarship of these issues, but it does serve as a thread to pool together these various problems that plague the intercity in a way that students can understand,” Wilson explains. “They make these issues accessible to a broader audience.” Television’s academic utility is twofold: it synthesizes diverse subject matter and provides easy access for people accustomed to tuning in. It captures the essence of a particular culture in a way viewers can and want to understand.

In his free time, Wilson reads for pleasure and watches the occasional movie, but rarely watches television. In person, he is reserved and chooses his words wisely. He advocates for the use of TV as a learning tool without using the medium as a diversion for himself. Television cannot take the place of reading and research, but it can make his students appreciate the lives of the urban poor.

Television’s possibilities in the classroom are not limited to teaching about sociological issues in America. Preceptor in Slavic Languages and Literatures Natalia Pokrovsky uses the censorship of TV in Russia in order to teach students in Slavic 112: “Advanced Russian: Russian Press and Television” about Russian culture. “The whole news [in Russia], at least 50 percent is artificial,” she says. “It’s posing before the cameras, that’s all.”

According to Pokrovsky, only about 20 percent of the people currently living in most areas of Russia have access to the internet the way Americans do; even in more developed urban areas, the number is still as low as 30 to 35 percent. Thus television is by far the most popular form of media, even though Pokrovsky says that there are only two prominent channels: a general program that features shows about politics and professional sports, much like news channels in the United States, and a government channel, which the professor calls a “total fiction.”

According to Pokrovsky, “The government is brainwashing its citizens.” The state creates an alternate reality that can be used to mollify and rally Russians. The best way to understand the mindset of the average Russian may not therefore be through an analysis of their actual circumstances—economically, politically, culturally—but through the imaginary universe propagated by their cable network.

Aside from its educational value in her classroom, television provides an escape for Pokrovsky outside of academia. “This is how I regain my sanity,” she says laughing. Some of her favorite shows include “Mad Men,” “The Good Wife,” and any version of “Law and Order.” She watches the programs to relax and be entertained, and she believes that television carries an unwarranted stigma in serious circles. Pokrovsky advocates “responsible television,” which she differentiates from the standard mode of viewing.

The impetus to make TV fit academic purposes also functions to revivify the act of watching TV. Visiting Lecturer Maria San Filippo, who works on the faculty at both Harvard University Summer School and Wellesley College, teaches a course called SWGS S-1240: “Women and Television” at the Summer School and “American Television, Culture, & Society” at Wellesley. San Fillipo has a deep belief in TV’s potential.

“By simple fact of its cultural ubiquity and influence, TV deserves our media-literate attention,” she wrote in an email. “Because nearly every student encounters television frequently outside of the classroom, class time serves as an academic version of the office water cooler—the space where we convene to discuss our respective perspectives on everything we’re learning in and about viewing.” The mere fact that we all watch TV is sufficient to justify a critical take on its intrinsic and social meaning.

For San Filippo, the structural limitations intrinsic to TV do not prevent an academic from taking TV seriously. “As someone who also teaches courses on film and literature, I find that television has the advantage of being episodic but the disadvantage of being serial,” she wrote. “Time-wise, it’s easier to view and discuss a TV episode than to screen a film or read a novel, but it’s not ideal that we must contemplate those episodes in isolation.” Serialization, which facilitates fandom for certain shows and therefore profits networks, hinders TV’s pedagogical usefulness, whereas its brevity, another commercial consideration, makes it easier to analyze. In this respect, TV shows’ identity as consumer products is not necessarily a bad thing for academic study.

San Filippo wants her students to realize that television viewing doesn’t have to involve vegging out on the couch and staring at the boob-tube with their mouths open and drool slowly pouring out. “When students tell me that they’ll never watch TV the same way again, I feel I’ve done my job,” Filippo wrote.

“Television studies is still working to achieve the degree of legitimacy that film studies struggled to achieve before it, and that various forms of digital media are also now seeking,” San Filippo wrote. In our country’s history, television has been a form of entertainment, a reason to sit down with loved ones and enjoy a show together, a persistent white noise—but rarely an educational tool.

Much of what makes TV fun—that it may be the most effective way to freeze a specific place and time—may also make it academically efficient. Indeed, TV is a snapshot of whatever cultural moment that produces it. So perhaps now is a good time to propose the independent study, History of American Civilization 259: “‘Jersey Shore’ and its Contributions to the Understanding of Italian-American Young Adults in the Tri-State Area.”