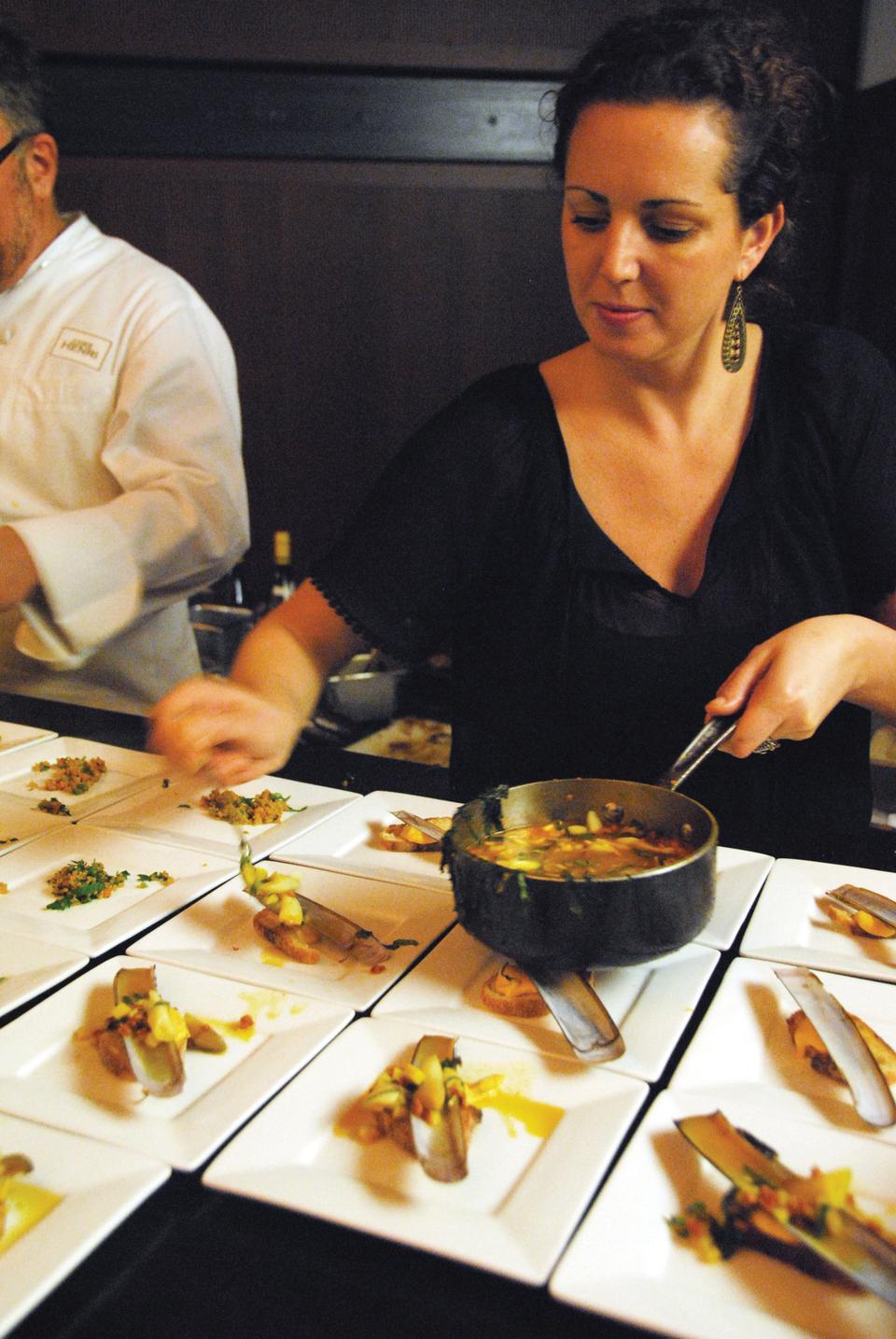 “There are rock stars in our presence,” began Lisa Abend, a correspondent for Time magazine and moderator of Wednesday night’s panel discussion, “Evolutions and Revolutions in Food Science.”

Among Abend’s rock star panelists were renowned American author on food and science Harold McGee; former chief technology officer at Microsoft and a leading expert on modernist cooking techniques Nathan Myhrvold; and acclaimed Catalan chef Ferran Adrià, whose restaurant, El Bulli, was named the number one in the world five times and is currently in the process of reinventing itself as an international institution for culinary creativity.

The evening event, sponsored by the Office of Faculty Development and Diversity, aimed to offer Harvard professors—from a range of disciplines and affiliations—the opportunity to explore an interest that does not demand a common academic background: dinner.

Dominating conversation was a lively discussion on the future of food innovation in both the home kitchen and at the chef’s table.

All three panelists agreed that while food is enjoying a golden age in the media and in the cultural zeitgeist, it still lacks recognition at universities and within academia.

“You are all researchers,” said Adrià, pointing to his audience. “No one argues with you. To me, that happens every day. Every day someone in the restaurant says, ‘Ferran, this is good, but my grandmother cooks better.’”

Myhrvold said he still questions why cooking has yet to be formally acknowledged as a subject within the humanities. Comparing cooking to architecture, Myhrvold said, “Most buildings are utilitarian, like parking garages or warehouses. And most meals are just fuel. But some buildings can be art, and food can be art.”

History of Art and Architecture Professor Joseph J. Connors, who attended the lecture, admitted that his wife does most of the cooking at home. But he said he could still appreciate the culinary expertise of the panelists.

But on one issue, he respectfully challenged the much-admired Catalan chef. “My wife’s grandmother’s cooking really is better than Ferran’s.”