Harvard Accepts Record Low 6.2 Percent of Applicants to the Class of 2015 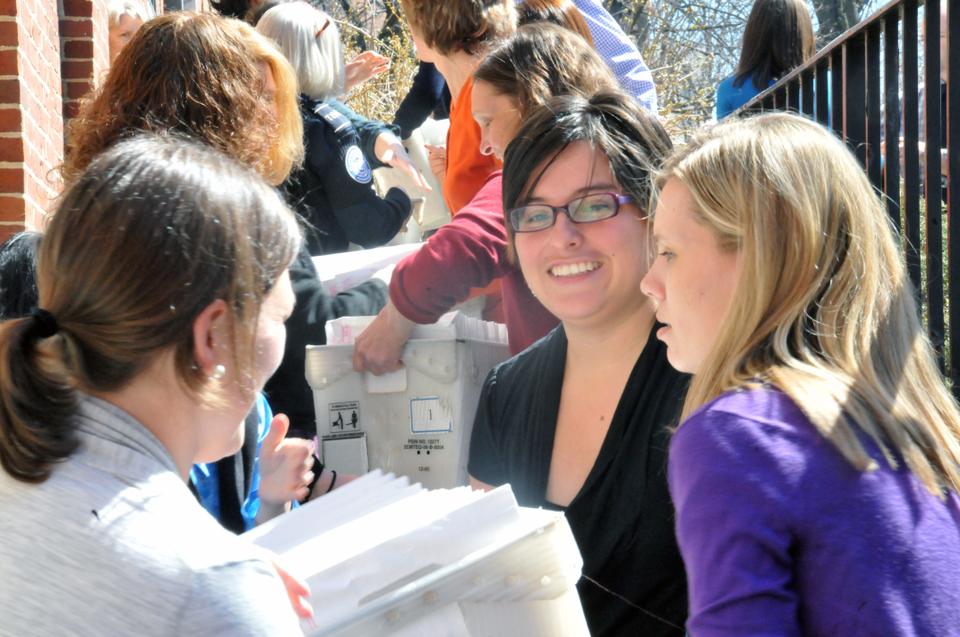 An all-time low of 6.2 percent of applicants were offered admission to the Harvard College Class of 2015, beating records for the sixth consecutive year in what reflects a trend of increasing selectivity both at Harvard and at other top-tier universities.

Notification letters were mailed yesterday afternoon to 2,158 students, who were selected from a pool of 34,950—the largest number of applicants ever.

“You can’t help but feel optimistic when you look at an applicant pool like ours,” said Dean of Admissions and Financial Aid William R. Fitzsimmons ’67. “It’s a big sign that American higher education has democratized.”

Next year’s freshman class will have an acceptance rate that’s nearly one percentage point below next year’s senior class, which had a rate of 7.1 percent. Ten years ago, 10.7 percent of applicants—an all-time low at the time—were admitted to that year’s incoming class, the Class of 2005.

Harvard’s admissions rate, down from 6.9 percent last year, is the lowest in the Ivy League, below Columbia’s 6.9 percent rate and Yale’s 7.35.

“The fact is the demographics of America are changing very rapidly,” Fitzsimmons said of the increased outreach to minority students. “This part of Harvard’s mission to produce future leaders.”

Approximately 20 percent of the admitted students are either foreign citizens, U.S. dual citizens, or U.S. permanent residents. Together, this group represents 85 countries.

“The world’s very best students now feel that it’s possible to be admitted to a school like Harvard,” Fitzsimmons said.

The budget for financial aid increased to more than $160 million for next year, and more than 60 percent of the Class of 2015 is expected to benefit from an average need-based scholarship of more than $40,000. Under the provisions of the Harvard Financial Aid Initiative, students from families with a household income of less than $60,000 are able attend Harvard at no cost.

While Fitzsimmons acknowledged that this year’s class boasts higher test scores than in previous years—3,800 applicants were ranked first in their class—he said that he was impressed by the response of the faculty to supplementary academic materials submitted by applicants.

The College did not disclose the number of students placed on Harvard’s waitlist.

While Fitzsimmons said numbers vary from year to year, he said his office generally hopes to accept 50 to 125 students off the list.

The decline in the acceptance rate is consistent with the numbers at peer institutions. The acceptance rate for Princeton University’s Class of 2015 was 8.4 percent, down from 8.8 percent last year. At Stanford University, 7.1 percent of applicants gained acceptance—a slight decrease from 7.2 percent the year before. Columbia University saw the most dramatic drop: 6.9 percent were admitted to the freshman class this year compared to 9.2 the year before.

Admitted students are expected to converge on Cambridge in about two weeks for Visitas, the College’s visiting program for prospective freshmen. Accepted students must notify the College whether they intend to enroll by May 1.