Before the Military's Estrangement, ROTC Members Do Their Part 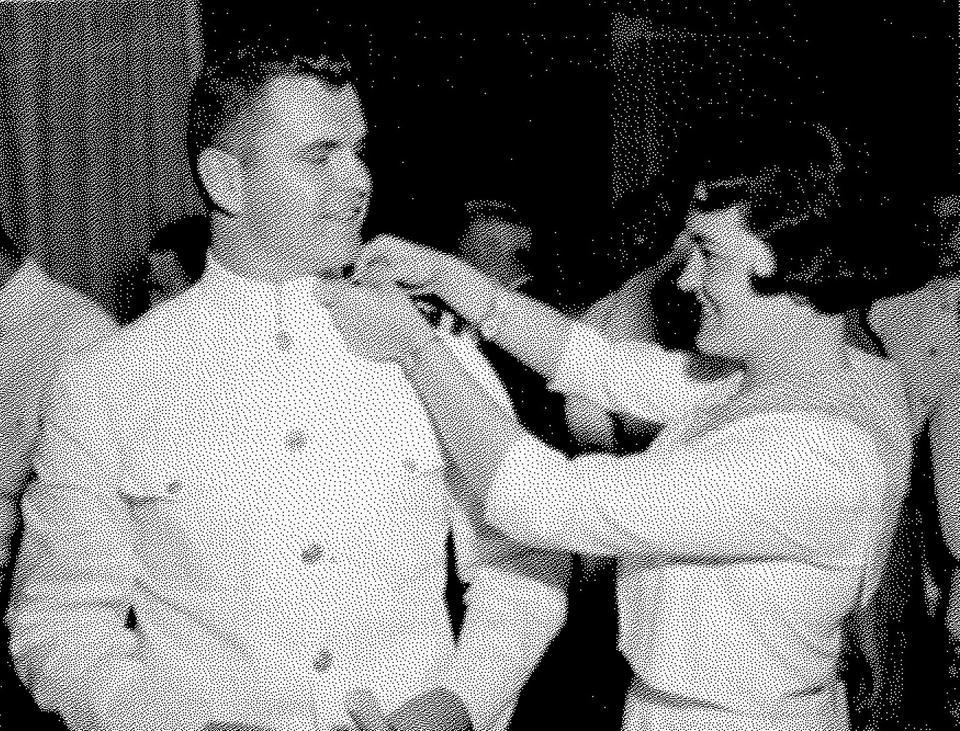 Lt. William Cronin during his commissioning ceremony. Harvard ROTC despite being controversial now was a relatively well accepted part of Harvard life during the 60s.
By Monika L. S. Robbins, Crimson Staff Writer

As a young second lieutenant in the U.S. Navy, Paul C. Morgan ’61 remembers being woken up late one night by a senior officer while aboard the USS Saufley. Because of the danger of the Cuban Missile Crisis, the destroyer had to prepare to set sail immediately.

Only one year after Morgan’s graduation from Harvard as a member of the Naval Reserve Officers’ Training Corps, he was charged with waking up others onboard and getting the ship ready to sail, without disclosing the reason.

At a time when service in the military was an expectation for a majority of young men, Morgan joined a number of his classmates in participating in ROTC—which remained a normal part of University life through the escalation of the Vietnam War.

As the Class of 1961 graduated from Harvard, the U.S. military was rapidly increasing its presence in southeast Asia, with troop numbers tripling from their levels earlier that year. The Korean War had ended less than a decade before, and conflict was on students’ minds—but it was not until later that anti-war fervor would sweep through Harvard’s campus.

A fear of being drafted led many of the cadets to join ROTC—in many cases, those who volunteered for service were able to avoid combat zones. But a number of students say they had other reasons as well.

Experiences in the military, for one, were more familiar than they are to today’s average Harvard student. Samuel H. Young ’61 signed up for Army ROTC because of the importance that his family placed on military service.

“It was my father’s duty to be in World War II,” he says, “And it was my duty to do officer training.”

PART OF THE SCENERY

On June 14, 1961—the day before their graduation from Harvard College—62 ROTC students received their commissions as officers in a ceremony where former Defense Secretary Neil H. McElroy ’25 spoke. There were 39 Naval midshipmen, 18 Army cadets, and five Air Force cadets.

Receiving a commission meant that each of the 62 students had completed the classes required for a Harvard degree as well as the military science courses and physical training that differentiated them from their peers.

Most ROTC graduates from the Class of 1961 say that ROTC was not seen as unusual.

“It was a pretty accepted part of the scenery,” Col. Arthur L. Boright ’61 says.

And being in ROTC did not necessarily make the students stand out individually.

William R. Cronin ’61 says that ROTC was well known to some, but as ROTC classes were held near the old Scientific Labs past Memorial Hall, cadets and midshipmen only encountered a certain segment of the Harvard population. And the students in ROTC only wore their uniforms on occasion, for training and classes.

But there remained some tensions with the broader College community—although the former cadets say they were based on frivolous humor rather than anti-military sentiment. Morgan remembers non-ROTC students “having fun at our expense” and teasing the ROTC students with jokes about military careers.

But despite the teasing, Morgan says, “We weren’t castigated at all. It was sort of a fun difference.”

However, there remained key differences in the experiences of ROTC students and others at Harvard in 1961.

At a time when financial aid was not prevalent, a number of participants in ROTC received scholarships from the military.

Some, like John R. Verani ’61, received money that covered their entire tuition, plus room and board. He says that when he agreed to serve four years in the Navy, the financial aid he received allowed him to go to Harvard, as his parents could not have afforded the tuition.

“It was an opportunity for me to have a Harvard education in exchange for the commitment,” he says.

Other students received funding only to pay for the extra ROTC courses they took.

In addition, all ROTC students participated in mandatory summer training.

Naval ROTC students were required to go on at least one summer cruise while at Harvard, while cadets of the other services fulfilled other missions. Verani’s cruises as a midshipman took him to the Netherlands, the Mediterranean Sea, Florida, and Texas in different summers.

“The summer cruises were for me a life -changing experience,” Verani says, adding that he had not traveled much before arriving at Harvard.

CHANGE ON THE HORIZON

The size of Harvard’s ROTC contingent fluctuated widely throughout the early 1960s. From a high of 138 graduates in 1958, it dropped in 1961, and then rose again to 100 in 1962—only to drop off sharply with the 1964 election of Lyndon B. Johnson, who had made campaign promises not to send troops to Vietnam. The next spring, Johnson went back on those promises and began a troop build-up in Asia.

Growing anger over the war soon swept through Harvard and the country, culminating with ROTC’s 1969 departure from campus and a subsequent ban on University support for the program.

The University only officially recognized the military’s presence on campus again in spring of this year.

But for many members of the Class of 1961 who served in the military, the experience made them more appreciative of civilian life.

Charles B. Condon ’61, who entered Harvard as an army veteran, says serving in the military made him take work more seriously.

“It was tantamount to a separate educational experience,” he says.

—Staff writer Monika L.S. Robbins can be reached at mrobbins@college.harvard.edu.