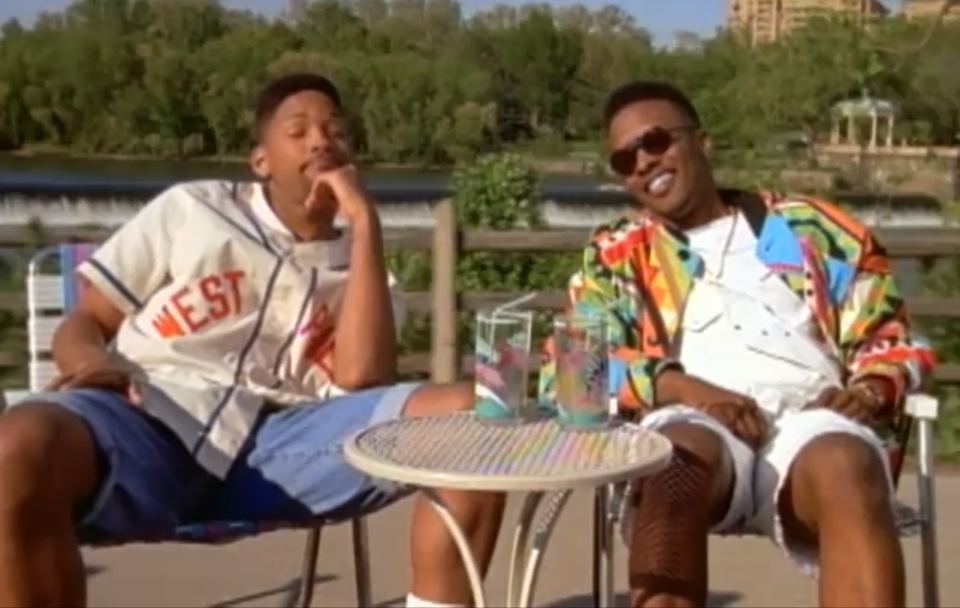 Coming out of the arduous end of the school year, summer is (for most students) a time to slow things down, relax, and maybe—just maybe—let loose a little. An essential part of summer is the selection of a Summer Jam (yes, capitalized). Rather than bouncing between the latest releases from week to week, the Summer Jam is an anchor. It's the song you listen to all season. It's the song that embodies the aura of summer, the long days, the balmy nights, and hopefully, a more carefree attitude.

There’s no shortage of hits this season (Katy Perry's "T.G.I.F.," LMFAO's "Party Rock Anthem," and Lady Gaga's "Edge of Glory," to name a few) but there are no obvious standouts either. With no clear frontrunner, some of our writers make a case for their personal Summer Jams—the tracks they've been tanning to for the past two months.

I nominate "Love on Top," off Beyonce's new CD, "4". This song is like listening to bouncy, perky sunshine, if sunshine was made of Beyonce, Michael Jackson, and the '80s. It has not one, not two, not three, but four key changes in a row. Could Beyonce's voice soar any higher? Could poor karaoke decisions be any easier to make? Could there be another summer jam as retro-nouveau as "Love on Top"? I think not. And it doesn't even have thumping bass! It will make driving into the sunset with the wind blowing through your hair seem even more awesome than it already is.

My summer jam would have to be "Heavy Metal Drummer" by Wilco. I remember hearing it blasting at the first party I went to, in a Brooklyn brownstone on the Fourth of July two years ago. It was an ideal summer day, and during the day we had sprawled out for a picnic in Battery Park while Jenny Lewis and Conor Oberst played in the background. I remember going up to the roof and watching the fireworks while Jeff Tweedy sang: "I sincerely miss those heavy metal bands / We used to go see on the landing in the summer." Good times.

Maybe I like listening to '70s music because my boyfriend is so into it. Or maybe I should blame my parents, or the valedictorian of my high school class who took her senior yearbook quote from Jackson Browne. But the song I've been playing over and over, once a day at least, while running by the Charles or watching the sun set over the paired bridges I can see from my window in Lev Towers, is "The Late Show” from Jackson Browne’s album "Late for the Sky." It’s a long song, as melancholy as it is earnest, and mostly unadorned—Browne’s not-quite-but-almost operatic vocals, and some backup singers that I thought were corny until I stopped noticing them. It leaves you feeling broad as the summer twilight, nostalgic for things that you never really had, love gone quiet or hopes surrendered. Like most of Jackson Browne, it’s a song about youth, and about falling in love or maybe not finding love, and finally a song about getting away. And maybe you've never really felt the need to get into a car and drive off, and maybe you're pretty happy with your love life, but there's something in the song that completely comprehends the brutal agitation of some kinds of summer twilight, the empty feeling you get as the light stretches on and seems to circle in on itself. It is not dissimilar to "Running on Empty," with its sense of summer days and youth running out, but it's quieter, more thoughtful, almost more painful. It's not a jam so much as the thing you put on after a good jam, watching the city darken and thinking about the good stories your dad used to tell about grad school and wondering halfheartedly where this whole thing ends, anyways. And even though you might finish it with a consuming need to blast some Lady Gaga, it's not because you shouldn't have listened to it in the first place. Sometimes it's okay to wonder.

I'm not sure what it says about me that I'm afraid to commit to a single song, but that's a story for another day. Anyway, my Summer Jam is "Rosalita (Come Out Tonight)" by Bruce Springsteen and the E Street Band. I'll admit that I binged on Springsteen albums for a week straight following Clarence Clemons' passing in late June, so my choice is maybe based as much on being a tribute as it's based on seasonal appropriateness. But make no mistake, it is fitting for summer. The days get longer, you stay out later; maybe you're sitting by a fire in the literal sense or the figurative romantic sense. It doesn't really matter. "Rosalita" strikes that ebullient sound that's not too fast, not too slow, but just right. And The Big Man absolutely kills on the saxophone.

Also, if by some odd chance you're still looking for tracks to add to your summer playlist, both of DJ Jazzy Jeff and Mick Boogie's "Summertime" mixtapes might be a good place to start. Lil Wayne also drop his apologetic "Sorry 4 The Wait" mixtape a few weeks back, and if you’re feeling adventurous Max Tannone’s "Ghostfunk"—a mashup of Ghostface Killah and afrobeat—makes for some good listening as well.

I have two Summer Jams. The first is "Cold Blooded Old Times" by smog (a.k.a. Bill Callaghan). Although this song doesn't have a traditional structure, it still moves along at an easy pace. It's perfect background music for a summer cook out, and the lyrics give you something to think about when you’re driving around. It's also on the "High Fidelity" soundtrack, which is pretty cool.

My other pick is "Constructive Summer" by The Hold Steady. For me this song really captures the spirit of summer break. On one level, it's just about hanging out with your buddies and drinking too much, but it also touches on what's really important about summer. It's about reconnecting with the people who really matter to us, like friends and family, and it reminds us to use the time fully that we have to strengthen those connections. This song might be on plenty of summer party playlists, but it is a whole lot more than just a party song.