New Restaurant Opens in the Square 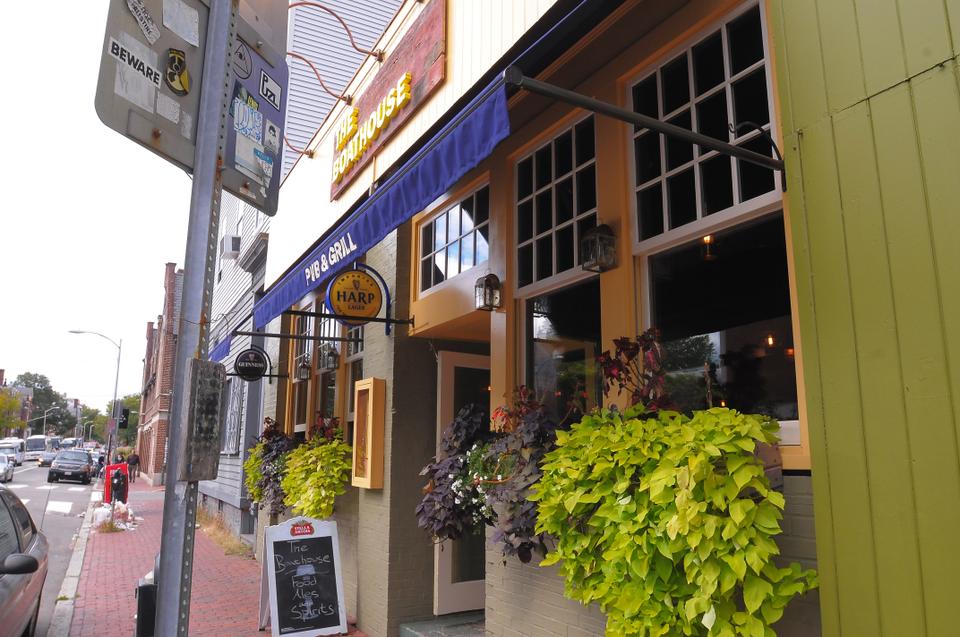 A welcome sign sits in front of The Boathouse on Mt. Auburn St. on Monday. The restaurant was opened last Wednesday by the owners of Daedalus.
By Laura K. Reston, Crimson Staff Writer

After two months of renovation, The Boathouse, a recently rebranded pub and grill, opened last week in the space at 49 Mt. Auburn St. formerly occupied by the bistro Trata.

Brendan J. Hopkins, who owned and operated both restaurants with his brother, said the two decided to move away from the restaurant model toward a more casual and laid-back pub atmosphere.

“We just decided to do a rebrand,” he said.

Hopkins said he was immediately drawn to the rowing theme as a way to insert part of his personal history into the restaurant’s identity. Hopkins and his brother grew up in Galway, Ireland, where they lived on the banks of a river and rowed as children.

His experience as a rower and Cambridge’s location on the Charles River made a rowing theme particularly appealing to both brothers, he said.

The new menu of the pub was inspired by the brothers’ Irish heritage. The Boathouse now serves traditional Irish pub fare, including standbys like fish and chips and bangers and mash, and also offers American options including pulled pork sandwiches and fish tacos.

“We try to put the best, freshest ingredients in everything we make,” Hopkins said.

Hopkins said that the new restaurant fills a need in the Square for more traditional pubs that focus on drinks and reasonably priced food.

The Boathouse’s menu has no entrees that cost more than $14. Most appetizers range from $5 to $7.

The restaurant also has an extensive selection of beers, including six on tap and sixteen other bottled options, many from microbreweries in the area.

Today, the restaurant has a 26-foot scull from the 1930s along one wall and old-fashioned steering wheels mounted on other surfaces. Other cosmetic renovations altered the floors, lighting, and paint to create the warm space with open space to facilitate mingling.

—Staff writer Laura K. Reston can be reached at laurareston@college.harvard.edu.