Imagining and Implementing a Greener Cambridge 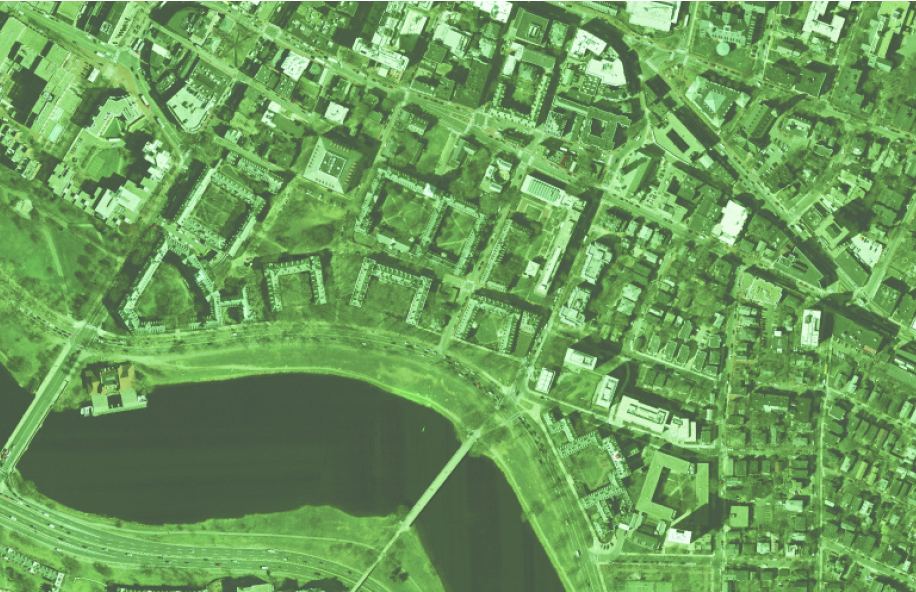 Part III of a five-part series on Cambridge City Council election issues. Read each installment on the Fridays leading up to the Nov. 5 election. Part I ran on Oct. 4 and Part II ran on Oct. 11.

For years, the city of Cambridge has viewed itself as a champion of environmental sustainability; it was first city in the state to have a LEED-certified municipal building and second to implement the state’s “stretch code,” an energy efficiency requirement. Despite Cambridge’s progressive streak on environmental issues, however, a new petition put forth by Cambridge attorney and activist Mike Connolly has put the city at a crossroads as it grapples with what a greener Cambridge will look like in the coming decades.

Filed on June 24, Connolly’s petition has pushed the issue of the environment into a central policy to be grappled with in the next City Council term. Also known as the Cambridge Net Zero petition, the initiative would require most large, newly constructed buildings in the city to have no greenhouse gas emissions through the use of clean energy technologies.

Although the  future of the petition itself is uncertain, the City has set up a net zero task force, which met on Oct. 10 to discuss the petition and, more broadly, Cambridge’s environmental future.

In interviews with The Crimson, City Council candidates outlined their view on the future of Cambridge, identifying the tensions between the progressive values Cambridge holds and the feasibility and cost of these implementations. There is no comprehensive or unified vision for the future of a greener Cambridge—instead, there are competing interests and ideas for how the City should proceed, both in the short- and long-term.

But in speaking with the candidates, two major areas of concern regarding the environment have emerged—emissions and transportation.

Cambridge mayor Henrietta Davis declared October “Net Zero Emissions Month” at the Sept. 16 City Council meeting, the same day councillors approved a new task force to examine the wider implications of the Connolly Petition. At the task force’s first meeting, members convened with City Manager Richard C. Rossi and decided that the Manager would present a proposal on Oct. 21 for the Council to vote on.

But the upcoming vote is only the beginning of the net zero movement. The current task force members decided to create a more long-term task force that would start meeting in January, solidifying the idea of net zero emissions and taking more action to preserve the environment.

“[The Connolly Petition is] a great beginning because it requires any corporation or institution that wants to build in Cambridge to take into consideration what this building will produce and then balance it out,” said City Council candidate Elie Yarden. “The Connolly Petition says that you need to account for the cost of the environment. So, net zero is really the way of saying that everything is accounted for into the future. That’s why I support it completely.”

Several other candidates also appreciated the role of the petition in bringing environmental issues to the fore of the elections, but many candidates were not supportive of the push.

Current City Councillor and candidate David P. Maher expressed his support for the movement but was careful to highlight that he would prefer if the city and community would “put the brakes on this lightly” in order to “[bring] the activist voice, the municipal voice, the university voice as well as the experts together and let them together come up with proposals.”

All interviewed current city councillors stated that as the Connolly petition looks today, it is not feasible for it to pass before the City Council. Concerns were raised about how realistic the demands of the petition are, its endorsement of Massachusetts Class 1 Renewable Energy Credits, and its effect on development in the city.

“I think only in a place like Cambridge could you even be having this conversation. In the realm of realism, right?” said Leland Cheung, a current councillor and candidate. “Nowhere else could even entertain the idea that we ask even more of developers. Everyone else is just struggling to attract businesses and create jobs to put their residents back to work.”

The development community asked the City Council not to approve the Connolly Petition at a Planning Board meeting in August. Echoing Maher’s sentiment on having an inclusive process with the task force, other candidates made it clear that they would only be comfortable moving forward with all stakeholders at the table.

“If you try to impose something which is not acceptable to the developers, then there cannot be developments,” said candidate Mushtaque Mirza. “We need something more practical, and I personally believe the community and the developers have to meet at one point and agree to it.”

Although a tension exists between the pro-development interests in Cambridge and the net zero movement, there is room for debate about how beneficial the petition would be for the environment as a whole.

“At the end of the day, what is best for the environment from a Cambridge perspective is density. If we just take the buildings that would have been built in Kendall Square and move them to Quincy or Waltham or Boston—then we haven’t done [pro-environmentalists] any favors,” said current City Councillor and candidate Craig A. Kelley. “So we need to make sure that whatever we implement as zoning keeps the buildings here and makes them more environmentally sound.”

As evidenced in the interviews with the candidates, the development community plays a central role for city finances in part because Harvard and MIT are exempt from paying property tax for their non-commercial land holdings. This distinction naturally puts pressure on developing commercial land in Cambridge. Yet, Councillor Maher said he did not feel there was a need for such a strict adversarial relationship between business and environment.

“We have done a lot of very, very clever and very environmentally friendly things in this city by being good partners, not by being overly authoritarian,” Maher said. “We have heard from the Chamber of Commerce who said they don’t want this, but if you do this the right way, it won’t have a negative impact on the construction.”

Candidate Jefferson R. Smith expressed that the onus of the initiative should not lie with the City Council and development community but with Cambridge’s two biggest universities, Harvard and MIT.

“If we’re going to be developing together and having a future together, [I think] that Harvard, MIT, and Lesley [should] contribute to a master plan for urban planning,” Smith said. “We should be making sure that we’re all studying our future plans in a collaborative way, working on environmental issues and sustainable development together.”

The Connolly Petition as it stands allows developers to buy renewable energy credits to mitigate their environmental impact, but it is these credits that seem to be most controversial for candidates, ranging from their practicality to their legality.

Councillor Kelley was unsure about the legality of the process and Councillor Cheung questioned its effectiveness. Cheung recalled hearing stories of other places where people will tear up a solar farm, build up a windmill, then tear down the windmill and rebuild a solar farm just to earn these credits.

“[The credits] are just kind of shifting back and forth, not audited. There is no standard. It winds up just deceiving. People are just scamming money from well-intentioned people,” Cheung said.

Cheung suggested focusing more on creating a net zero recycling program in Cambridge, and Kelley advocated for creating a more “adaptive” Cambridge. Although the effects of Hurricane Sandy mostly bypassed the city, Kelley highlighted that if the city had felt the full possibly brunt of the storm, large parts of Cambridge would have been flooded and the city would not have the infrastructure in place to best handle it.

Although some of the environmentally conscious in Cambridge are currently focusing their attention on the carbon emissions of buildings, equally pressing in the City Council over the past years and moving forward is the issue of bike infrastructure. The recent expansion of the Hubway program in Cambridge has increased the importance of coming up with a comprehensive vision for biker safety in the city.

Cheung, who spearheaded the effort to bring Hubway to Cambridge, explained that the lack of improvement in bike safety was the result of conflicting ideals among bikers. One camp, the more novice bikers, want separate bike lanes, whereas another camp, the more advanced bikers, are advocating for a transport network that sees bikes as mostly indistinguishable from other traffic vehicles on the roads, Cheung said.

“I think I am more of a novice biker and I think, ‘How can we get those that are not biking to start biking?’” Cheung said. “And that requires separate lines, potentially, separate cycle tracks, which the advanced bicyclists do not like.”

Kelley advocated against bicycle lanes, saying that he believed bicycles belong on the street and should be able to go anywhere they would like to safely.

“I think that bicycle lanes put a cyclist too much in the door zone, and I think they encourage too much biking in that dangerous area,” Kelley said. “I think they are a really bad idea.”

Kelley noted the difficulty of maintaining these separate bike lanes as another argument against the ‘novice biker’ view.