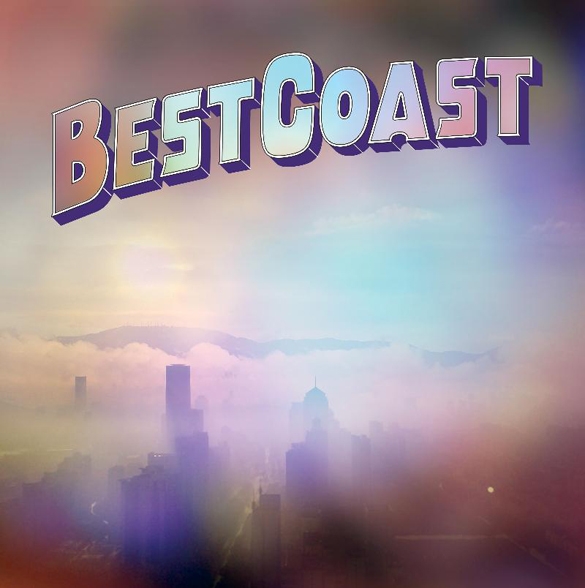 When Best Coast crashed the indie rock scene in 2010, lead vocalist Bethany Cosentino revealed that she suffers from anxiety. From a casual listen through their debut “Crazy for You,” it’s hard to believe her, but a more thorough look at her discography puts her career into perspective. Before Best Coast, Cosentino was one half of Pocahaunted, a psychedelic soft-drone band whose sound revolved around washy, lo-fidelity guitars backing wordless vocalizations. Cosentino initially began writing the music that would become Best Coast’s debut album, “Crazy for You,” as a coping mechanism after dropping out of school and returning to her hometown of Los Angeles. So when you put Best Coast’s latest record, a “mini-album” of seven songs titled “Fade Away,” into context, it becomes the latest in a series of musical releases designed to fight Cosentino’s demons by appealing to her strong sense of home.

“Fade Away” is first and foremost a continuation of Best Coast’s surf-pop groove, heavily featuring catchy guitar melodies, clapping rhythms on the snare drum, and lyrics siphoned out of a middle school diary. Of course, lyrical proficiency was never the forte of a band whose critically acclaimed debut album opens its title track with the offensively simple rhyme scheme “You drive me crazy, but I love you / You make me lazy, but I love you.” Instead, the draw of “Crazy For You” was the amazing simplicity of the two-chord, surf’s-up rock—this was an album that seemed to be written specifically for the band’s “best coast, west coast” adage.

The biggest misstep of “Fade Away” is moving away from Best Coast’s formula for success. This seems to be a conscientious decision on the part of Cosentino and multi-instrumentalist Bobb Bruno—2012’s “The Only Place” already showed signs of creative wandering in its meticulous production and smattering of country influences. But the success of “Crazy for You” was thanks to the very same characteristics that Best Coast try to leave behind in “Fade Away”: simple song structures and soaked-in-reverb vocals, all over a fuzzy backdrop of pop guitar. “Fade Away,” in contrast, opens with a sound that immediately feels misplaced. The percussion and guitars on “This Lonely Morning” sound clean, even sterile, and Cosentino’s voice shines through like that of a prima donna rather than that of a rock star.

But while their production gets tighter and cleaner, Best Coast frustratingly continue to diffuse their sound on successive albums. Tracks like the closer, “I Don’t Know How,” are quite obviously infused with country influences, which makes for a strange amalgam that doesn’t sit comfortably in either genre. “Who Have I Become” opens aggressively with a pop-punk guitar riff and never seems to choose between pop-punk and surf-pop for its entire five minutes. “This Lonely Morning” and “I Wanna Know,” the first two tracks on the album, are the only parts of the record compositionally comparable to Best Coast’s earlier, sun-kissed sound.

Although creative exploration is typically a sign of a healthily maturing discography, Best Coast’s experimentation is detrimental. It seems that the band’s niche is so specific that their carefree simplicity quickly becomes their Achilles’ heel when they leave their comfort zone. Where “Crazy for You” was cheerful and buoyant, “Fade Away” just feels mindless and simplistic. The four-and-a-half-minute ballad “Baby I’m Crying” is the album’s biggest pitfall, opening with a downtempo waltz and an incredibly mundane melody outlined by Cosentino’s tiresome drawl, “My eyes aren’t what you say they are / My hands, they don’t reach that far.” Repetitive, simple melodic lines work well when complemented by the uptempo whir of guitars and carefree lyricism, but quickly turn immature when Cosentino sings about identity crises, vulnerability, and the loss of trust in someone she loves.

Indeed, “Crazy for You” was, in a way, too good to be true—it’s hard to believe that Cosentino’s lowest lows manifested themselves in the line “Nothing makes me happy, not even TV or a bunch of weed.” Perhaps secretly, much of the true appeal of the album was thanks to Cosentino’s struggles with anxiety and her subsequent overcompensation by swamping the album in sunshine and salt. Paradoxically, however, as Best Coast move away from this and turn towards cleaner production and more direct address of their subject matter, the resulting tracks sound less honest and relatable. Best Coast’s sound works so extraordinarily well in one particular niche that they feel out of place, almost uncomfortable, outside of it—and the worst thing you could do to surf pop is to make it sound uncomfortable.