A Conversation with Ang Lee 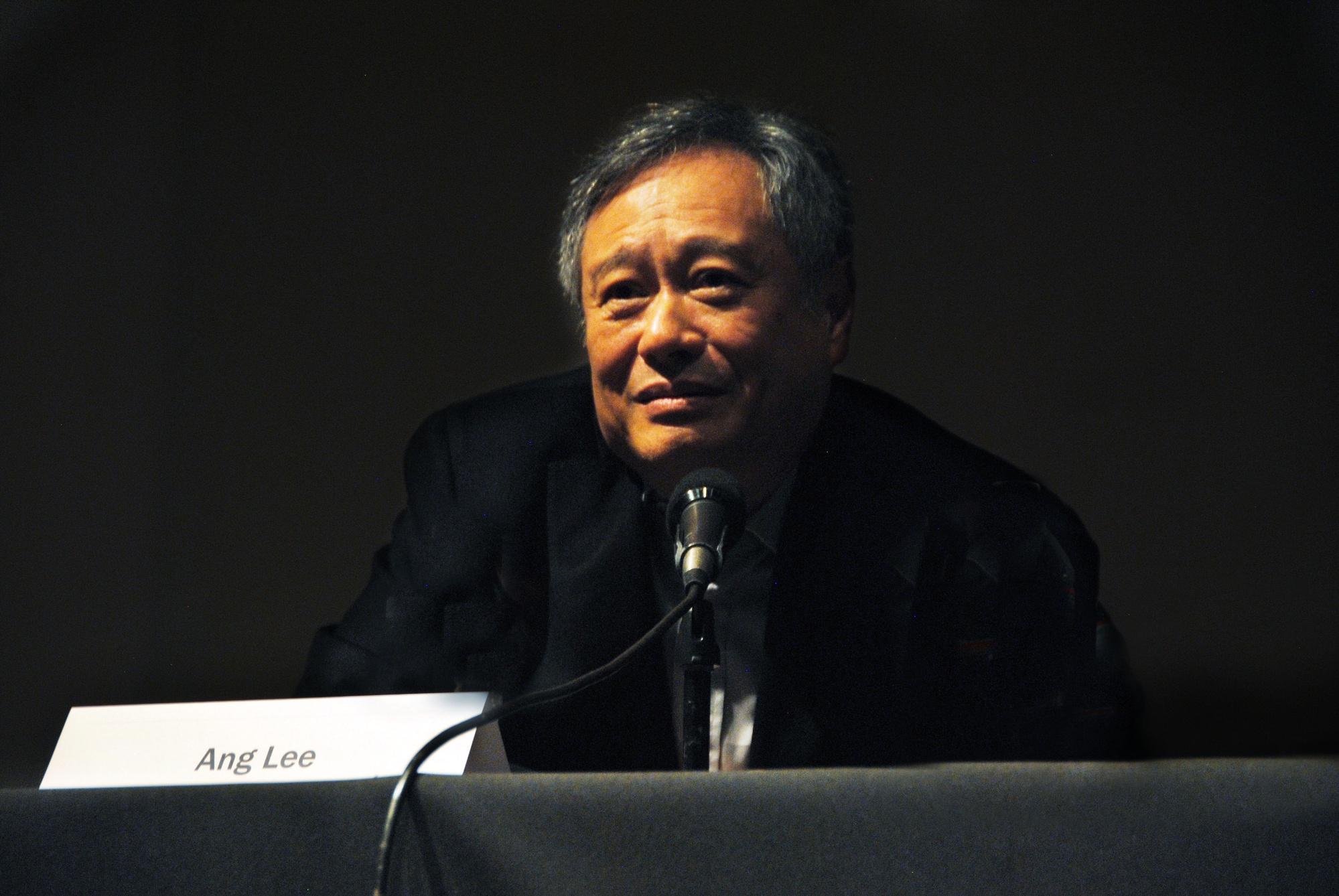 Academy award winning director, Ang Lee, joins in the symposium, "The Art of Transnational Cinema: A Conversation with Ang Lee and James Schamus" in the Sackler Auditorium on October 25. Lee engaged in a discussion about his most famous films: 'Crouching Tiger Hidden Dragon', 'Brokeback Mountain', 'Lust, Caution', and 'Life of Pi'. Greeting the audience, he announced, "My dad will be happy - I finally got into Harvard".
By Andrew R. Chow, Crimson Staff Writer

A seductress and killer in 1930s Shanghai. A guerilla fighter in Civil War-era Missouri. An Indian man sharing a lifeboat with a tiger. A 19th-century English gentleman in love.

Ang Lee has brought all of these characters to life. Over his 21 years as a professional director, Lee has explored many challenging and riveting stories through cinema, including “Sense and Sensibility” (1995), “Crouching Tiger, Hidden Dragon” (2000), “Hulk” (2003), and “Brokeback Mountain” (2005). On Friday, Lee participated in a symposium at the Harvard Sackler Museum celebrating his diverse works. The symposium featured a panel with Lee and his collaborative partner, producer and screenwriter James Schamus, and four acclaimed professors who discussed various aspects of Lee’s body of work.

During the symposium, Lee and Schamus reminisced on their careers. Schamus joked that when Lee came to him to pitch his first movie, 1992’s “Pushing Hands,” the meeting was “horrific.” “I thought it was one of the worst professional moments I had ever had,” he said. Despite this inauspicious beginning, the two teamed up for 11 consecutive films, and Lee compared his relationship with Schamus to that of a boxer and his cornerman.

The Taiwanese-born Lee has made movies in both English and Chinese and in both the United States and China, leading Boston College Professor Christina Klein to call him a wholly diasporic filmmaker. Lee responded by acknowledging that there are traces of his Taiwanese heritage in all of his movies, even the cowboy romance “Brokeback Mountain.” He also contrasted censorship in Hollywood and China, suggesting that L.A. bigshots could be just as restrictive if not more than government censorship. “Because of commercial pressure, it’s harder to make a movie in the states than it is under the Chinese government,” he said.

After the panel, Lee sat down with The Crimson.

The Harvard Crimson: How do you prepare yourself for directing movies?

Ang Lee: I never feel like a movie is work. It’s like something possesses me. I feel the call and respond to it. If you’re thinking hard, you get really stiff. If you think the other way around, naturally you’re modest and perceptive, and things will open up.

THC: What kinds of stories particularly resonate with you?

AL: Themes that are are familiar but different, like gay cowboys. People that are on the disadvantaged side, or on the fringe: in “Ride With The Devil,” for instance, you see a slave self-emancipating in the South instead of an owner saving a slave. It’s an odd angle, not conventional, but it makes human sense. Maybe it’s because I grew up in Taiwan, and we’re always losing. So those on the wrong side of history, to grow up with that, my heart races to those characters very easily.

THC: Can you speak to the Asian-American experience and say how you try to capture it through film?

AL: It’s hard to sum up what that experience is, because things keep changing, I think, for the better. I wouldn’t do “The Wedding Banquet” now. “The Wedding Banquet, released in 1993, portrays a false marriage between two Asians in New York that serves to cover up a gay relationship.] The story doesn’t relate. When I was making the movie, Taiwan was conservative, and it was taboo to even mention [homosexuality]. The convention was, a person in the closet finds freedom in America. But less than 10 years after that movie, Taiwan has changed so much. It’s a lot more liberal than here.

THC: “Life of Pi” was hailed as a major breakthrough in 3D exploration. In terms of the 3D medium, do you think that groundbreaking films like “Life of Pi” and “Gravity” now are just the tip of the iceberg?

AL: Yes. We have not even started yet. A lot of filmmakers would disagree. They hope it comes and goes. But I think there’s a whole new art form to be embraced.

I don’t want to talk about it too much because I’m going to explore it in the next movie, I hope. [Lee’s next movie will portray the Ali-Frazier fights in 3D.] But there will be better resolution, and the treatment of colors, lighting and performance will have to change accordingly. I think that right now, people are doing 3D like a 3D enhancement of 2D—they’re just dimensionalizing 2D thinking. I think the thinking will change; the experience will be different. But right now, we’re not even equipped to do that.

THC: You’ve dramatized periods like the Civil War, Qing Dynasty China, and hippie-era Woodstock in your films. How does history inspire you?

AL: Naturally, working in a different period gives a distance to create art. “Once upon a time, far far away” is a good way to tell a story: you know what happened, and you also know the consequences. You have a complete view.

Ironically, we have a theatrical tradition that becomes part of history and culture. A lot of what we believe matter-of-factly, and even history in the textbooks, is actually wrong. But if you want to do the right thing, you could end up on the wrong side of the audience. I’m still learning how to hit the sweet spot: I don’t want to make pictures that make me feel righteous, but also are flops.

THC: After 2003’s “The Hulk,” you briefly considered retiring. How long are you going to stay in the business?

AL: I don’t think about that anymore. I used to have that anxiety. I think my body and my audience will let me know. If people are really lukewarm three pictures in a row, maybe it’s time to retire [laughs]. But I know if I start a project, I will want to finish it. For better or worse, I hate the feeling of incompletion.

—Staff writer Andrew R. Chow can be reached at andrewchow@college.harvard.edu.