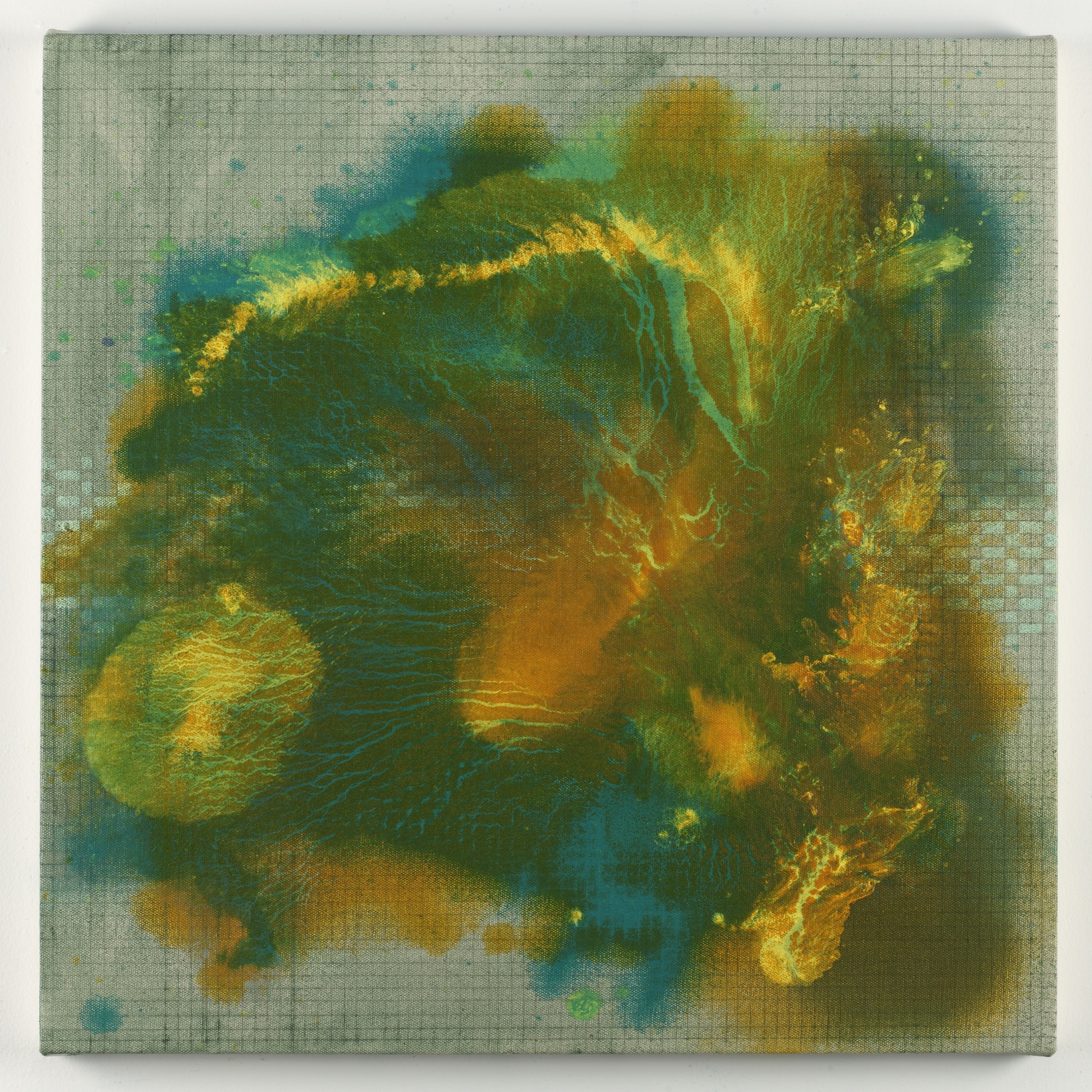 Elise Adibi's paintings are made with plant oils and other natural ingredients to add smell to the artwork.
By Caroline B Hubbard, Contributing Writer

Painting exhibits tend to be strictly visual: the onlooker regards a painting and hopes to derive some meaning from its aesthetic features and color values alone. Elise Adibi, however, believes that viewing art should not be so one-dimensional—the viewer should be able to use multiple senses to interact with the piece. For her upcoming exhibit, which opens Wednesday at Byerly Hall, the artist and fellow at the Radcliffe Institute for Advanced Study infused her paints with an array of aromatherapy fragrances and plant oils to add an olfactory element. All of her installations use organic materials such as rabbit-skin glue, mineral graphite paint, and even her own urine, which she uses to oxidize slabs of copper and make metabolic designs.

Visually, her paintings vary between two different styles: grid paintings and gestural paintings. The grid paintings are done with small rectangles that vary in size; each gestural, or metabolic, painting makes use of vibrant colors and swirls of texture. “They’re like living paintings,” says Alexandra L.M. Thornton ’15, one of Adibi’s research assistants.

Adibi’s main focus in this exhibit was to create intersensory art that relies on both sight and smell exploration. “Living in New York for 18 years [and] being scent-deprived makes you more aware,” she says. When Adibi moved to L.A. in late December of last year, she became intrigued by plant aromas. “In L.A., spring begins halfway through January and so by February, the whole city smells like jasmine,” she says. “It rains for a couple of days, which brings out different scents like eucalyptus.”

However, it wasn’t until she moved to Pittsburgh last spring that she conceived the idea of using plant oils in her paintings. “I don’t know how the idea came, but it came. As soon as I got the idea it opened up a whole new way of making paints because there’s so many possibilities of combining color and smell, but then also the plant oils interact with the oil paint in very unpredictable ways,” she says.

While in Pittsburgh, Adibi was asked to participate in an exhibit at the Andy Warhol Museum. Warhol himself oxidized copper paintings with urine as part of his societal commentary on naturalistic art, and it is he who inspired Adibi to follow suit, she says. “I put down layers of copper,” she says. “Then I’d spray it [with urine] and brush it. Then I’d put more layers of copper on. It’s all about the process.”

Her creative processes, however, can face obstacles and frustration. “I do throw a lot of paintings away,” Adibi says. “I think that’s an important part of the process—you can’t always make it work. Sometimes you just need to make it, and it needs to fail, but you still have the experience of making it.” Thus, Adibi looks outward for support and critical opinions on her work. In particular, her undergraduate research assistants play an intricate role in developing the exhibit and providing artistic feedback. “My research partners help me determine when a painting is complete,” Adibi says. “Sometimes I have to stand back and let somebody else get involved.”

The relationship between artist and student works in both directions—Adibi’s research assistants consider themselves fortunate to have the chance to work with her. “The opportunity to engage with an actual working artist is an enriching and fulfilling experience,” Thornton says.