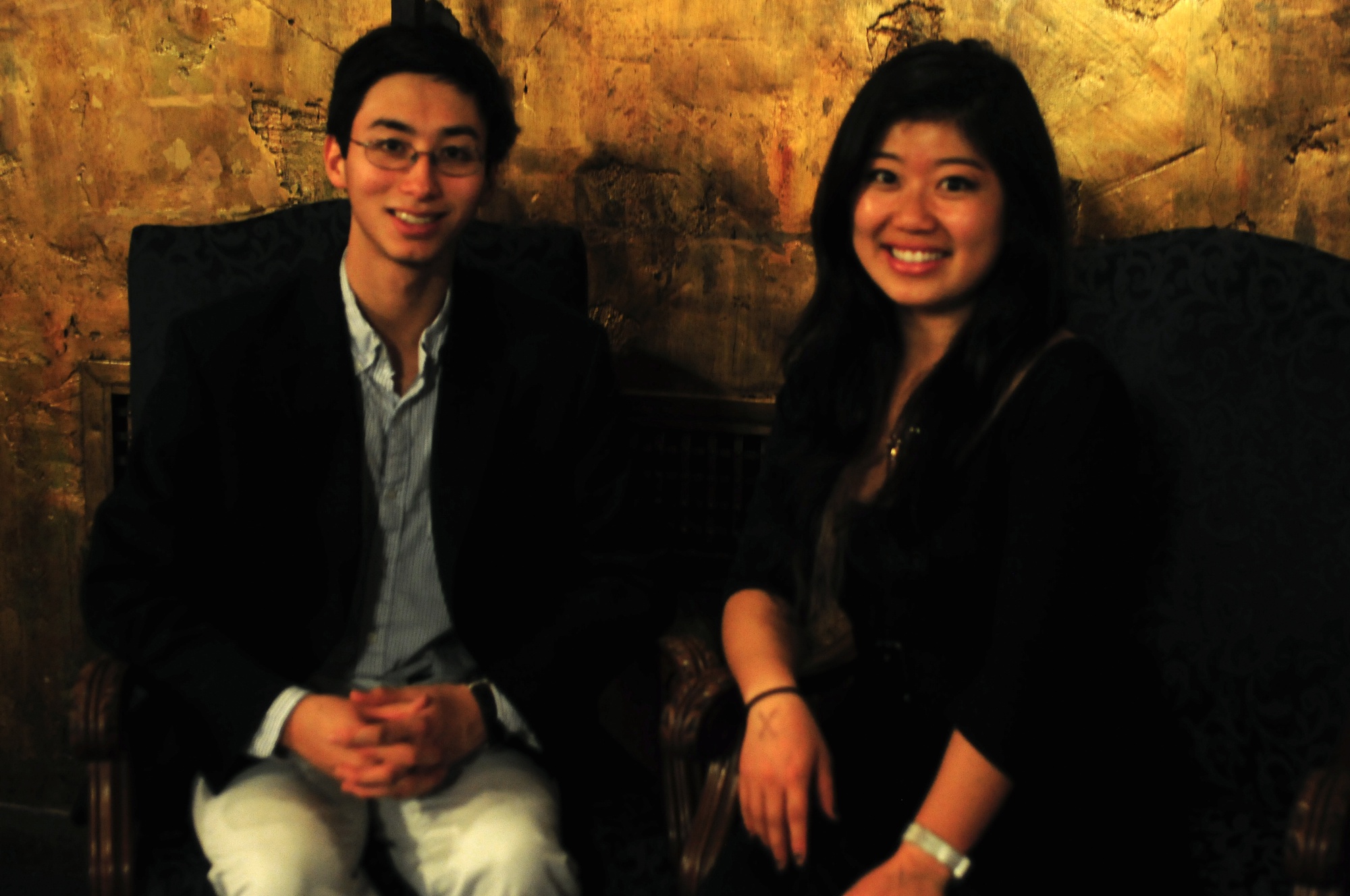 Last May, C.C. Gong ’15 was worried about waking up in time for a final exam. But Sietse K. Goffard ’15 had her back.

At 7 a.m., Gong found Goffard outside her door, waiting with a homemade breakfast complete with hand-squeezed orange juice.

That sort of friendship, Gong said, would make the pair “the perfect working team” to serve as president and vice president of the Undergraduate Council.

“I think you need to be friends to work so closely and so hard with each other,” Gong said.

Their fellow UC representatives said that the two candidates complement each other both personally and professionally.

Friends said that Gong was known for her role in spearheading social initiatives such as the Council’s outing to Salem during Halloween, while Goffard was heavily involved in student advocacy projects such as securing weekend and morning shuttles to the Quad.

Naming student needs that they plan to focus on, they listed more inclusive dining options, more accessible mental health resources, and improved housing and transportation. They say that the UC’s budget, nearly half a million dollars, has been constant since 2006 despite the increasing number of student organizations.

“What the University is taking from students is not increasing in proportion to what students are putting into their own student life,” Gong said.

Gong and Goffard also said that they hope to encourage students to use We the Crimson, an online platform that allows undergraduates to submit petitions. And they want to increase student participation in Harvard’s capital campaign, an ongoing effort which aims to raise $6.5 billion.

“Students have had no input on the slices of pie that this money is going to thus far,” Goffard said.

When asked to describe his running partner in one word, Goffard’s immediate response was “selfless.”

Gong, who hails from Anaheim, Calif., has dedicated much of her extracurricular career at Harvard to serving on the UC.  Since freshman year, the psychology concentrator has been part of each of the UC’s five committees.

Gong has been heavily involved in major initiatives such as the new Student Initiatives Grant, which aims to foster student entrepreneurship on campus, as well as the UC Outings Program, through which she organized Halloween trips to Salem.

“I’m someone who, when I see something that I want to change, I want to be in the position where I can make that change,” Gong said.  “I felt that the UC was a really great channel for me to be able to address student concerns and student needs and make the changes that I wanted to see made.”

Outside of the UC, serves as vice president of the Ivy Council, a group of student leaders from the Ivy League schools, and works as a student mental health liaison and a peer speaking tutor. She is also an inactive Crimson editor.

“C.C. genuinely cares about other people,” said her roommate Julia M. Bruce ’15.  “I know she is not running to receive the title of president. She is running because she has the passion to make changes for the better.”

Born in Belgium, Goffard spent his early childhood in the United States before moving to Paris. He attributes his commitment to inclusivity to the morals instilled in him by his mother in his youth.

“She always stressed the need to be nice to everyone and to include everyone,” Goffard said. “Maybe subconsciously, that’s what’s driven my fuel for fundamental equality and inclusion on campus.”

Goffard began his advocacy work even before his UC career. As a freshman, he worked to implement healthy options in dining halls, including fresh fruit bars on Tuesdays and more vegetarian and vegan choices, as a member of the Harvard University Dining Services Student Advisory Committee.

During his sophomore year, he ran for the UC under the slogan “Like pizza? Vote for Sietse,” which he said was a tribute to his HUDS experience as well as his love for cooking. While on the UC, he led the final phase of the nearly four-year-long effort to reinstate weekend and morning shuttles from the Quad.

According to Goffard, these experiences have helped him and Gong create a platform “grounded in realism and giving back to the community.”

“At the end of the day, the UC, like all politics, is all about public service,” he said.