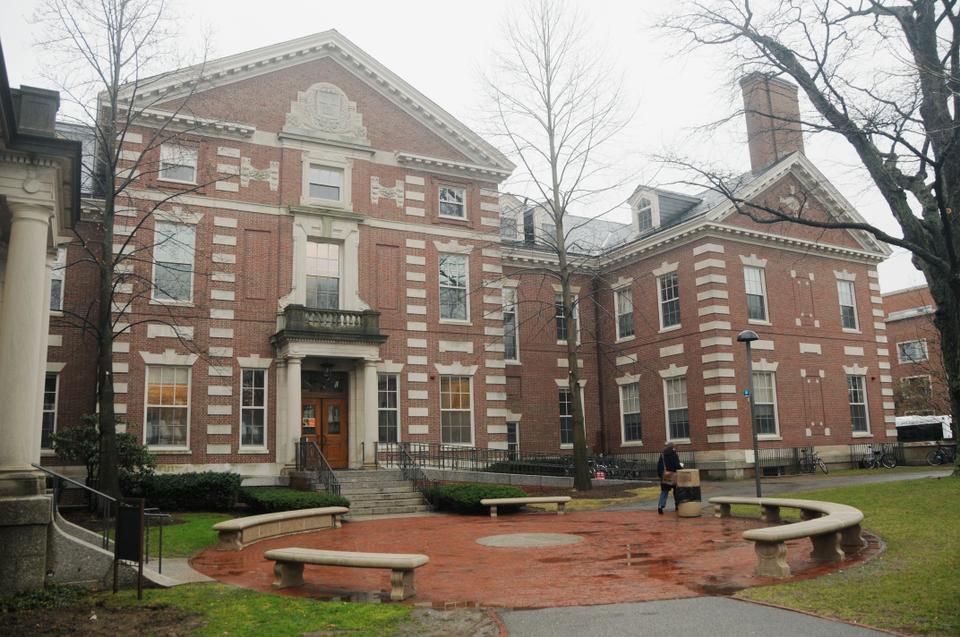 The Freshmen Union was formerly located in what is now known as the Barker Center.
Advertisement
Advertisement

The Smith Campus Center and the Ghost of the Harvard Union

At the turn of the 20th century, the Harvard Union was built to provide a club for social purposes open to all Harvard University students; the space was meant to unify a social scene that seemed to be primarily run solely by final clubs and other “elite” institutions.
By Marco A. Torres

While most other American college campuses feature a student nexus—an open student-based center for recreation and socializing—Harvard does not currently have such a space. With last week’s announcement of the Richard A. and Susan F. Smith Campus Center as part of the University’s Capital Campaign, Harvard publicly addressed this longstanding issue.

But such a space did once exist at Harvard. At the turn of the 20th century, the Harvard Union was built to provide a club for social purposes open to all Harvard University students; the space was meant to unify a social scene that seemed to be primarily run solely by final clubs and other “elite” institutions. The building, which reopened as the Barker Center in 1997, was funded by a $150,000 donation from Major Henry Lee Higginson and was designed by the architectural firm McKim, Mead, and White. The Harvard Union housed a variety of offerings: dining halls, a library, billiard rooms, a restaurant, a barber shop, news and cigar stands, and space for student clubs and activities.

“It was a final club for the masses,” Michael D. Weishan ’86 writes of the club on the FDR Suite blog. Weishan is an enthusiastic, self-taught Harvard University historian who currently serves as the director of Harvard’s FDR Suite Foundation. He points out many similarities between the dialogue surrounding the construction of a student center today and the discussions that preceded the construction of the Harvard Union over 100 years ago.

“[Administrators] are proposing an almost identical space to what they had,” Weishan said, referring to the Union. “It was terrifically unsuccessful for reasons that seem almost identical.”

The Harvard Union struggled financially for many years. Dues were kept low (around $15 per student) to encourage membership, but expected financial support from alumni was lacking.

“The intention was that [the Union] would be a place for all Harvard men, the alumni as well,” Weishan explained. “The reality was most of the alumni were in Boston [...] they decided somewhere along the line to build the Harvard Club of Boston, which duplicated the essential functions of the Union.”

But more than just financial woes caused the Union’s decline. Students did not seem interested in a campus-wide social space.

When the Union saw a steady decline in membership shortly after the building was constructed, there was an attempt to make membership mandatory by adding Union dues to student tuition. This plan met strong resistance from the student body—a clear sign that not everyone wanted to be included in the Union.

“The university really had a pragmatic view,” Weishan said of the University’s idea of using the Union as a space for student clubs. “For some reason, the students just didn’t seem to be interested in that. There’s [a space like this] in the Quad and it’s not used,” Weishan added, alluding to the Student Organization Center at Hilles.

In short, by the end of the ‘20s, the Union saw little use. It seemed that Harvard’s ambitious attempt to offer recreational and social space for students had failed. Alumni chose not to support the center, and students still preferred more exclusive clubs in spite of the University’s hopes that a non-exclusive social space would be popular.

“The final blow to the Union came when the House system started,” Weishan explained. “You didn’t need a student union anymore because the same building was duplicated in the forms of the Houses.”

Today, Harvard wants to build what seems to be the Harvard Union 2.0 with space for student organizations and casual social interactions between Harvard students. But have the perspectives of Harvard students changed since the time of the Union’s decline? Do students really need or even want a campus-wide student center?

Even with striking similarities between the old Harvard Union and the upcoming Smith Center, not everyone thinks that the Smith Campus Center will be a repeat of the Union. For the Undergraduate Council, this is a new opportunity to address past mistakes.

The UC has endorsed and advocated for a student center since 2011, when elected members published a 14-page report on the need for such a building on campus. Michael C. George ’14, a Crimson news editor and former UC Secretary, spearheaded the report and has continued to work with the school administration to push for a student center.

Whereas Weishan thinks the old student center was hurt by the House system, George believes this would not be the case again since student groups would use such a space for their meetings instead of meeting in the residential Houses. “I think the housing system will be made stronger by this,” George said.

“The House system wasn’t designed for 400 student groups,” George said. “ It was designed to support smaller communities of students and when Houses have to be thinking of making these spaces open to Houses and student groups, it’s a split priority.”

The UC report from 2011 noted various attempts at creating student centers in the past, and addressed each attempt’s possible reasons for failure. For George and the current UC, these past mistakes will be thoughtfully addressed in the new initiative.

One example the UC cites in its report is Loker Commons in Memorial Hall. Loker Commons was funded by a 1992 donation of $7 million dollars and was meant to function as a student center that would bring undergraduates together in an open space. But Loker Commons never enjoyed as much popularity as anticipated, and it now sits beneath Annenberg, rarely traversed except for a bathroom run, or as a graduate student-dominated space in the Queen’s Head Pub.

To George, Loker’s unpopularity stemmed from the fact that its location was only convenient for freshmen. He also believes that the SOCH faces the same problem because it is so distant from the populous River Houses. But the placement of the Smith Campus Center in the current Holyoke Center would correct this issue, George said.

UC President Tara Raghuveer ’14 agrees. Raghuveer also contends that the House system will not challenge the viability of a student center. “House life definitely has a role on campus and is definitely a cornerstone of being a liberal arts college, but each of the Houses are different,” she said. “Having an equalized social experience would be a benefit.”

One point of contention in regards to the new space is whether the center would be aimed primarily at undergraduate students or open to the entire University population. George and the UC always argued for an undergraduate-focused social space, but President Drew G. Faust presented a more inclusive vision of a center open to students, faculty, and staff. The naming of the new space as the Smith Campus Center (in contrast to “Student Center”), raises concerns among undergraduates.

“It was interesting when this came to fruition as a ‘campus center’,” noted UC Vice President Jen Q. Zhu ’14. “I do think there will be an inevitable tension from having a broader audience. What undergraduates want is not necessarily what graduate students and faculty and staff want.”

“They really need to actively engage the undergraduates, or they seriously run the risk that it could become a space undergraduates would not utilize,” said Zhu.

“I don’t think graduates need this as much as undergraduates,” George asserted, agreeing with Zhu’s viewpoint.

George and the UC see the need for a student center as being historically supported. For decades, there have been movements to make social spaces even if none have been successful, and this just proves the need for a more thoughtful attempt.

On the other han, Weishan thinks the failed attempts of the past prove that perhaps Harvard’s culture is not conducive to a successful student center.

“We as a college have not had a huge retrospective urge,” Weishan said. “[A student center is] something the college thinks is a great idea and they have since the 1900s,” Weishan adds, “but the students just don’t seem to care.”

Whether or not this is the case, remains to be seen.