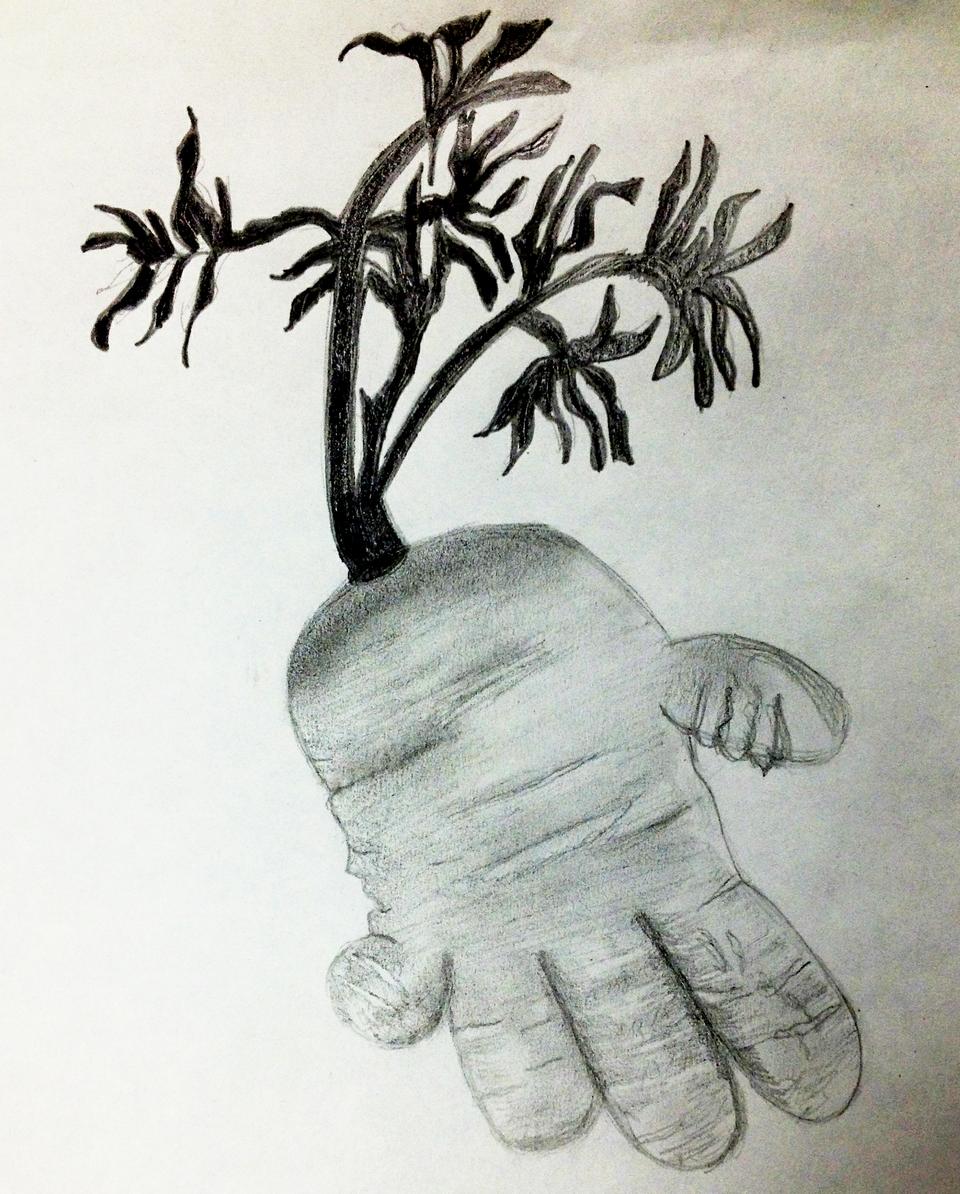 One of the central characters in Yoko Ogawa’s recently translated story collection “Revenge” digs up carrots in the shape of hands, rendered that way because of a sordid secret from the gardener’s past.
By Sorrel L. Nielsen, Crimson Staff Writer

Yoko Ogawa’s short story collection “Revenge” begins and ends with the discovery of a six-year-old boy’s corpse folded up inside a refrigerator. Another author might have engineered such a specifically macabre framework with the goal of explaining the circumstances of the child’s death and his placement in the refrigerator throughout the collection’s action. Ogawa’s prose, in opting to shroud the details of the boy’s death, instead casts a sense of unease and suspicion that carries throughout the collection, only to be left vexingly unresolved by the final rediscovery of the still unexplained corpse.

Ogawa pulls the reader into a stiflingly morbid universe without ever directly focusing her lens on the dark happenings, and the work thus suffers from an overreliance on disconnected rhetoric and a pervasive nightmarish slowness. Her strategy of shrouding the bloody deaths and tortuous lives is completed by focusing instead on symbolic use of the mundane—of kiwis and tomatoes, of cakes and aging tigers. Ultimately, while such a strategy could work to augment fear of the unknown by avoiding the outright macabre, “Revenge” fails as a lesson in disassembly and distraction that ultimately pushes the work a step too far from its gory core, leaving the action congealed.

The slim volume contains 11 short stories, all of which revolve around the same cast of uncompromisingly reserved characters. Their dovetailing stories form a dark narrative marked by heartbreak and physical trauma—usually highlighted in each story’s climactic scene, in which scenes of murder and mutilation are detailed in elegant and spare prose. In the unsubtly titled “Welcome to the Museum of Torture,” Ogawa’s protagonist meditates on the possibility of torturing her boyfriend with strand-by-strand hair removal, “And then I’ll pluck out his hair…They’ll flutter down like insects with long wings. I’ll enjoy that tiny bit of resistance each time I pluck a hair, the feeling of the skin ripping, of fat popping to the surface.” This moment is demonstrative of the piece’s most gruesome scenes—there is an uncomfortable sense of disconnection in the speaker’s voice, a formality and control that leeches the violence from the act and leaves the reader with a sense of nausea that the story refuses to relieve. It’s an effective technique in moderation, but as Ogawa applies it again and again the disaffection and unreality become too strong, and the reader is forced out of sympathy with such closed characters.

The monotony of narrative distance is aggravated by the heavy-handed use of domestic tropes—usually food-centered—that prevent true immersion. For example, strawberry shortcake appears in the first story, “Afternoon at the Bakery,” as an obvious symbol of domestic life gone wrong. The narrator finds herself in an empty bakery and waits for hours to purchase a strawberry shortcake to celebrate the anniversary of her son’s death. As she waits, she recalls the ruined cake that rotted after her son’s death years ago: “I passed my days watching it rot. First, the cream turned brown and separated from the fat, staining the cellophane wrapper. Then the strawberries dried out, wrinkling up like the heads of deformed babies.” This description, at once grotesque and clinical, is followed by a meditation on the still-fresh shortcakes behind the bakery counter in the present moment: “Each was topped with three whole strawberries. They looked perfectly preserved, no sign of mold.” The final line of the story is a spoken request for “‘two strawberry shortcakes, please.’” The relentless repetition of the cakes throughout this short story eventually begins to read as an affected obsession, as opposed to a haunting refrain. Ogawa does not relent, including strawberry shortcakes and mentions of strawberries and cream throughout many of the following stories in the collection. As these tropes echo through every story, they become gimmicky and technically clumsy—an obvious attempt to infuse the dark material with a contrasting element of the everyday. As such, the pastries—along with other over-used symbols like tomatoes and kiwis—become a kind of distracting shorthand for a foil which is never fully realized.

In the penultimate piece, “Tomatoes and the Full Moon,” many of the characters who have starred individually in the previous stories come together to reach an uneasy pseudo-union. An elderly woman who has been seen earlier in the collection as a young aspiring novelist and  an absentminded stepmother is dealing with the suspected theft of her novel’s manuscript by a possibly imaginary hunchback at a seaside resort. A man visiting the hotel for work reminds her of a man earlier in her life who saved her and her stepson from a hypothermic death, and given the shaky timeline of the book as a whole, he could potentially be this same man. The two of them have close ties to every major player within the collection and appear independently of one another often throughout the book.

Here, then, is the moment when the disparate threads of the collection are meant to come together to complete an eerie and compelling universe through which these characters trace their sorrowful trajectories. Whenever a character reappears—which happens with whiplash frequency towards the end of the book—the reader is tempted to turn back through the past stories and find his or her other appearances, but ultimately the plot lines are not compelling enough to merit such effort. These moments, engineered to spark recognition and motivate further study of the characters throughout the narrative, fall flat due to the collections’ lack of momentum.

Ogawa’s collection seems engineered to haunt. The self-awareness of the structure and its rendering in delicate and biting prose, when coupled with the omnipresent tropes of domesticity, create a sense of being in a waking dream. The stories aspire to be inescapable—repetitious as only nightmares can be. However, the techniques that Ogawa employs towards this end are clumsy and wear thin from overuse. With a lighter hand or an even shorter page count, Ogawa’s efforts would bear strange and horrifying fruit in the minds of her readers. However, as Ogawa leans harder and harder on her thematic crutches, she cripples even the most disturbing and effective moments in the collection, relegating the work as a whole to that classification which never describes a terrifying nightmare—forgettable.

—Sorrel L. Nielsen can be reached at sorrelwestbrook-nielsen@college.harvard.edu.