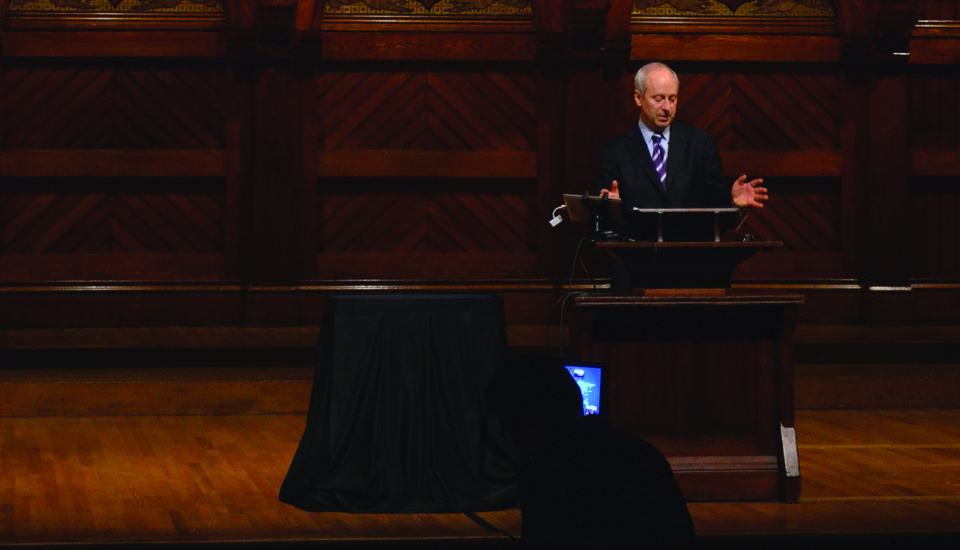 “We regard such courses as a serious compromise of quality of education and, ironically for a social justice course, a case of social injustice,” the letter read.

As edX approaches the first anniversary of its founding, it has received criticism from faculty members at several institutions of higher learning across the country.

SJSU’s president pressured the dean of its College of Humanities of Arts to have JusticeX taught at the college following an April 10 announcement that SJSU would integrate edX into its lesson plans, according to SJSU’s philosophy department chair Peter J. Hadreas.

Hadreas said that because the philosophy department refused to use JusticeX in a flipped classroom approach, in which students watch video sequences and complete online exercises at home while class-time is then used to review difficult concepts, JusticeX will now be taught by SJSU’s English department.

“That is exactly the fear that we expressed. Eventually, you will only have facilitators for those courses. There will be no need for professors or even graduate students,” said Karin Brown, an SJSU associate philosophy professor.

“The English department is essentially teaching a course with absolutely no expertise—no philosophy master’s, not even a philosophy major, to teach an upper division class about philosophy,” she added.

Recently, MOOCs have been considered as potential solutions to funding shortages facing public universities, including in California where proposed legislation would grant credit for some online courses.

“It’s a very cheap way to solve the budget problem of public universities, but you are creating a university without professors,” Brown said.

In addition to citing concerns that JusticeX would replace professors, dismantle departments, and provide a diminished education for students in public universities, many SJSU philosophy professors said they were unsettled by the implicit message of having SJSU students watch the course as homework and then discuss it in class.

“The message is that students at Harvard deserve to have a live professor lecturing in front of them. They can make comments, ask questions, and have discussions with that professor, but San Jose students don’t,” said S. D. Noam Cook, an SJSU philosophy professor. “That seems to be quite inappropriate for any department in any university.”

Professors also said that Sandel’s targeting of Harvard students might not be applicable to SJSU students because of differences in experiences and demographics.

“Some of our students are first generation, undocumented, or wake up in the morning asking whether they belong in a university at all,” said Rita C. Manning, an SJSU philosophy professor. “Their experience is going to be central to what we teach here.”

SJSU philosophy associate professor Janet D. Stemwedel said that the refusal to integrate JusticeX into the classroom is not a rejection of online learning.

In a letter responding to the concerns, Sandel acknowledged issues inherent in online courses replacing traditional classroom courses, but wrote that his goal was “simply to make an educational resource freely available.”

“The worry that the widespread use of online courses will damage departments in public universities facing budgetary pressures is a legitimate concern that deserves serious debate,” he wrote. “The last thing I want is for my online lectures to be used to undermine faculty colleagues at other institutions.”

Jeff Neal, a spokesperson for the Faculty of Arts and Sciences, defended edX in a statement approved by FAS Dean Michael D. Smith.

“While Harvard students are fortunate to be able to attend Professor Sandel’s courses on campus, we expect that learners beyond our campus will continue to benefit from the ability to view them online, whether individually or as part of coursework at another educational institution,” he wrote.

“I could retire tomorrow. I don’t need this job, but our students need us,” Manning said.

An earlier version of this article incorrectly stated that Faculty of Arts and Sciences Dean Michael D. Smith authored a statement defending edX, due to erroneous information provided by Harvard spokesperson Jeff Neal. In fact, while Smith approved the statement, Neal authored it.