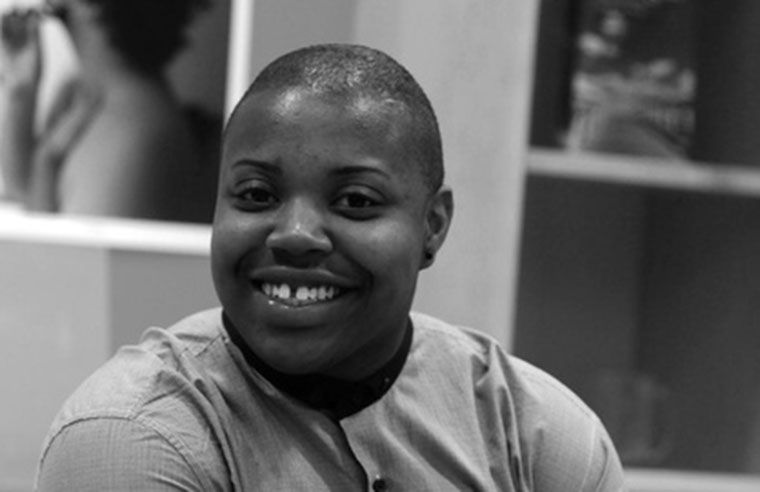 Each Tuesday afternoon this past academic year, Harvard students had an opportunity they had never had before—the chance to attend office hours with the College’s first permanent director of bisexual, gay, lesbian, transgender, and queer student life.

Since beginning work as the head of the fledgling Office of BGLTQ Student Life last July, Vanidy “Van” Bailey has filled the first administrative position representing the BGLTQ community at Harvard. In this role, Bailey has embarked on a campaign to raise awareness of centralized resources and to create a warm and accepting environment for students on campus.

“I’m just wildly passionate about fostering supportive community that represents the diversity of the BGLTQ community,” Bailey said in an interview in the Office last week. “I’m here to make sure that people can see themselves in this Office regardless of their gender or sexual orientation.”

Community members say without hesitation that Bailey’s first year on the job has been a successful one. Still, they say, problems remain for the BGLTQ community at Harvard. As they push for the expansion of gender neutral spaces and greater resources for the full BGLTQ spectrum, they say Bailey’s progress in community building must be accompanied by administrative policy changes before BGLTQ life on campus can truly thrive.

Bailey’s new position has been in the works for several years. Soon after a working group released a report in spring 2011 recommending changes to address the undergraduate BGLTQ community’s needs, Dean of the College Evelynn M. Hammonds announced plans to create a new office to support BGLTQ life and to hire a full-time director to oversee it.

After the first director picked to lead the Office abruptly turned down the job just days before she was scheduled to begin in fall 2011, administrators were forced to begin the search for a director anew. They chose Bailey, a young assistant director for education at the University of California, San Diego, to lead the new office. Bailey, who has a doctorate in education leadership from California State University—Northridge, had worked in student affairs at various colleges and universities since 2005.

Bailey said that with this background, the position at Harvard was a natural fit.

“I just have such a huge love for LBGT work in general,” Bailey said. “When I first started thinking about what was next for me...I knew that I wanted to be the leader of some kind of identity-based center.”

In an increasingly diverse BGLTQ community at Harvard, students say they think Bailey’s selection is especially significant given the new director’s ethnic and gender identity.

“The fact that the BGLTQ Office is headed not only by a transgender person, but also a person of color, is kind of revolutionary...it’s kind of unheard of,” said Riley, a rising sophomore who requested a pseudonym because his parents do not know that he is transgender. “I think it symbolically adds to conversations about intersectionality.”

Much of Bailey’s work in his first year on the job has been aimed at forging connections with constituencies across campus.

To this end, Bailey has devoted substantial time in his first months at Harvard to networking, and he has held at least two to three meetings per week, he estimates. In formal sit-downs and casual conversations, he has spoken with student organizations ranging from the Undergraduate Council to the Hindu student group Dharma, and talked with faculty members on the Committee on Degrees in Studies of Women, Gender, and Sexuality Studies. He also extended his outreach to administrators at University Health Services, the Office of International Education, and the Office of the Assistant to the President for Institutional Diversity and Equity, among others.

Queer Students and Allies Co-Chair Ivel Posada ’14 said that even though Bailey was new to the job this year, he quickly established himself as a helpful resource.

“He’s had to move around in the dark a little bit and see exactly what it is he has to do,” Posada said. “He’s been very good at making sure to email us and let us know that the Office can help.”

Posada also credited Bailey for fostering community dialogue after history professor Niall Ferguson made controversial comments suggesting a connection between economist John Maynard Keynes’s sexuality and his economic theory. As Ferguson’s remarks garnered international attention, Bailey was quick to respond within the Harvard community, looping in various student organizations to an email discussion about the controversy and helping to organize a lunch conversation with Ferguson at the Harvard College Women’s Center.

Bailey has also sought to build community within the Office itself, which is nestled in the basement of Boylston Hall between colorful yellow walls. Along with office hours, Bailey has led the Office’s first ever class of student interns and hosted a weekly community hour that regularly draws between 15 and 30 students who meet in the Office to eat and play games.

Bailey’s efforts have earned praise from fellow administrators and students, who say he has made significant strides in his first months at Harvard.

“What I’ve seen and heard is students’ appreciation for his commitment and his advocacy,” Dean of Freshmen Thomas A. Dingman ’67 said.

However, students in the BGLTQ undergraduate community say that the Office’s recent successes are not enough. For them, more must be done at a policymaking level for some BGLTQ resources to improve.

“I’m reservedly optimistic in the sense that [the Office] establishing itself more definitely adds to visibility and opens the door to discussions that take place, but those discussions need to manifest in policy change,” said Riley, the transgender student. “I want to see obvious results that make a difference on campus.”

One such meaningful change, these students say, would be the introduction of gender neutral housing options for freshmen, a policy that was established in the upperclassman Houses in 2010. Other students complained that many of the resources at Harvard do not focus on bisexual or transgender students as much as they should, instead primarily targeting gay and lesbian community members.

While students acknowledge that Bailey’s progress this past year represents a step in the right direction, they are eager to see further changes.

“The Office of BGLTQ Student Life is very new, and I think it needs a year or two to fully grow and develop, but these issues are important,” wrote Sam, a rising senior in Lowell House, who requested that his name be changed because he did not want his sexuality to be publicly known.

For his part, Bailey said he believes the time is ripe for the BGLTQ community to expand its visibility on campus.