Italian eatery is dropped by landlord, with no indication of its replacement 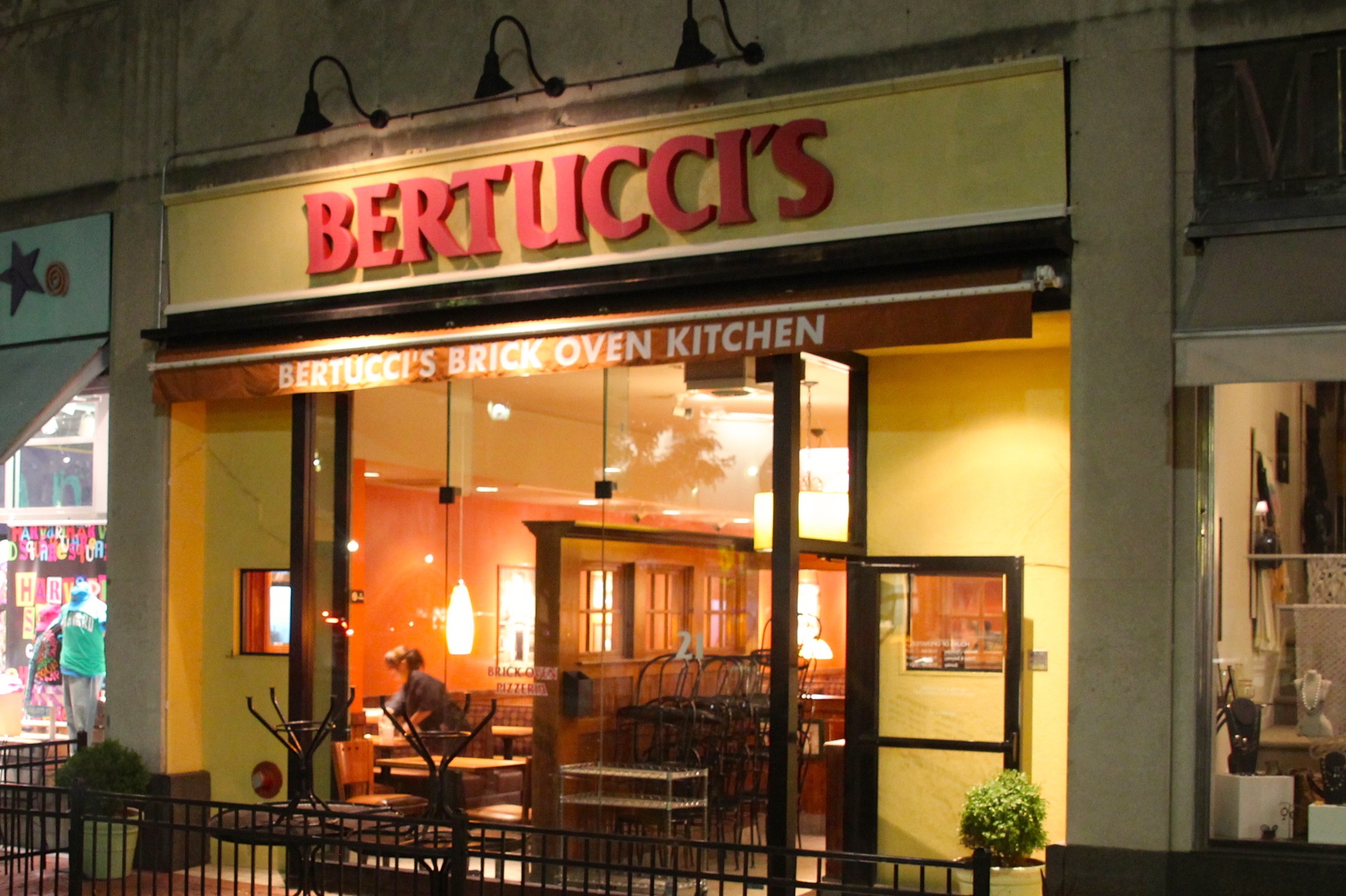 Bertucci's in Harvard Square still has its lights on Wednesday night as the last customers finish their meals. The Italian restaurant closed its doors for the final time on Wednesday.
By Nikki D. Erlick, Crimson Staff Writer

According to a Bertucci’s company press release, the landlord decided to seek out a new tenant to replace the restaurant, located at 21 Brattle Street, despite Bertucci’s willingness to enact any changes needed to remain open. The press release also noted that the company offered employment at nearby Bertucci’s locations to all of the staff members at the now-shuttered Harvard Square restaurant.

Bertucci’s CEO Bill Freeman said in the press release that the company has been “proud to be part of the community” in Harvard Square and thanked the restaurant’s loyal patrons.

Among those who frequented the restaurant were members of Harvard’s Classics Department, who shared a dinner there every Friday for more than three years. Classics concentrator Elliot A. Wilson ’15 said Bertucci’s would save a large table in the back for the weekly guests.

“It will be hard for us to find a new place,” Wilson said, adding that the loss of their usual dining spot will leave a “pizza-shaped hole” in the department’s tradition.

The chain, which currently has more than 90 locations along the East Coast, was founded in nearby Davis Square in 1981. Although that restaurant is now closed, there are locations in Kendall Square, Alewife, and Medford.

Denise A. Jillson, executive director of the Harvard Square Business Association, wrote in an email to The Crimson that “while it is always sad to see an old favorite like Bertucci’s leave the Square because we value tradition and great community partners, we also excitedly await new beginnings.”

It remains to be seen what will replace Bertucci’s on Brattle Street, as a representative from the Cambridge License Commission said no application has been filed to fill the vacancy.