Breaking Bad: The Devil's in the Details

A look at what makes Breaking Bad special. 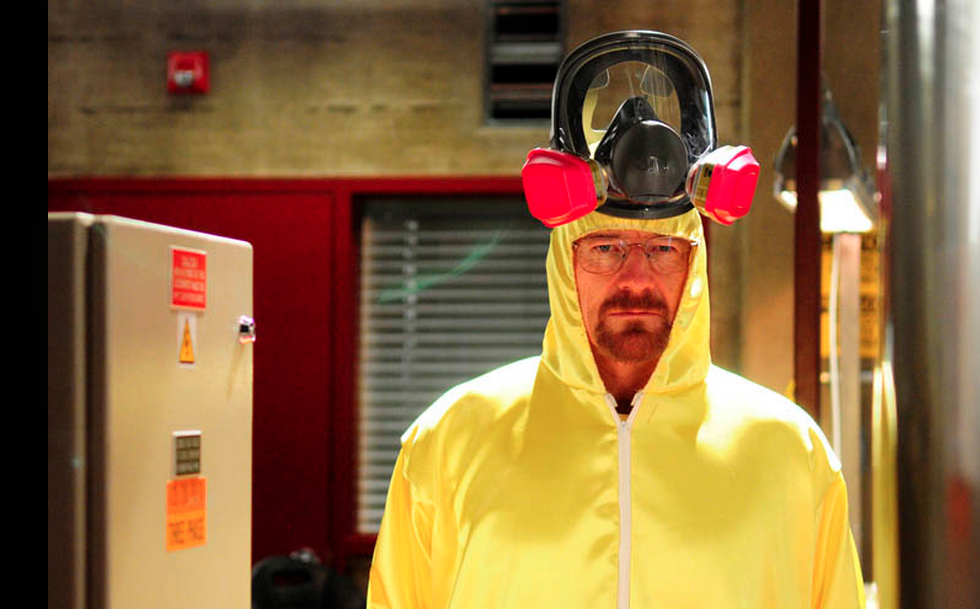 Early this summer, the HBO television series “Game of Thrones” further strengthened its mainstream success with “The Rains of Castamere,” an episode that simultaneously traumatized viewers with its deftly executed plot twists and impressed them with its departure from standard television convention, cementing the show to many as one of the best television series ever produced. Facebook exploded, while Twitter and Vine were immediately overwhelmed with audience reactions.

Yet all of the fervor surrounding “Thrones” lacks the intense fan scrutiny present in the culture surrounding “Breaking Bad,” an AMC drama about a middle-class chemistry teacher named Walter White (Bryan Cranston) who transforms into a drug kingpin. Showrunner and creator Vince Gilligan famously described Walter White’s character arc as “Mr. Chips into Scarface,” but to view “Breaking Bad” as a mere character study in morality would be to overlook what makes it such a paradigm-changing show, arguably more so than any of its contemporaries.

Critics and audiences alike have spent the past five years deconstructing and analyzing “Breaking Bad,” with some calling the series a recession-era indictment of the failed American Dream while others have drawn comparisons to Shakespearean tragedies such as “Hamlet.” No specific interpretation necessarily carries more weight than another—what truly distinguishes this show is simply that so many different analyses exist.

“Breaking Bad” stands as one of a few television series that actively reward attentive viewing because of its cinematic production value and expert use of narrative techniques. The show is unfailing in its carefully crafted artistry and unparalleled attention to detail come as no surprise, and both television veteran director Michelle MacLaren (“Game of Thrones” and “The Walking Dead”) and “Looper” director Rian Johnson have directed episodes.  Gilligan spent hours simply searching for a shirt that matched a specific shade of olive green. Color serves as one of the series’ most important recurring motifs, with different colors foreshadowing specific events and serving as symbolic representations of entire character arcs. Another humorous anecdote from the show’s writing team revealed they were limited to one censored F-bomb per season, forcing them to be very careful about each expletive’s placement (the most memorable being the episode “I.F.T.”—revealed at its end to stand for “I Fucked Ted”).

Devoted fans have obsessively monitored characters’ costumes and factor such analyses into their theories—will a certain character die because she’s wearing pink, a color Gilligan often associates with death? One blog even developed a comprehensive infographic entitled “Colorizing Walter White’s Decay,” which traces the color of every major character’s clothing across the show’s first 54 episodes and relates each palette to key character and plot developments. One recent conspiracy theory about the show’s ending—which has been so carefully hidden that AMC refused to provide critics with screeners of the final three episodes—analyzes a single frame from one of the final season’s flashforward sequences. Fans have speculated that one small detail of Walter’s outfit, (a conspicuous microphone wire visible under Walter’s shirt) which only appears on screen for seconds, could completely reveal the ultimate outcome of the show.

And such theories are entirely believable, too—Gilligan adheres to the dramatic principle of Chekhov’s gun, which holds that every aspect of a narrative should be essential in some way. A seemingly inconsequential bullet in season three and a nondescript box cutter in season four both ultimately become surprisingly critical plot devices and highlight Gilligan’s love of foreshadowing.

Gilligan very consciously relies on symbolism throughout the series as well. The third-to-last episode of the series, entitled “Ozymandias,” features a two-second shot of a chessboard, with a white king in the corner of the board. The chessboard only appears at the episode’s end for a single moment, but the image of the cornered white king speaks volumes about Walter’s current situation. The title’s literary allusion to Percy Bysshe Shelley’s poem of the same name also serves as an indictment of Walter’s hubris—a key element of this episode and the entire series. Shelley’s poem concludes: “Look on my works, ye Mighty, and despair!”

And despair we have. As “Breaking Bad” draws to a close, the dramatic stakes have never been higher. Audiences have waited an extra year for the final half of season five, and these last eight episodes have successively outdone one another in artistry, writing, and acting. The most compelling aspect of “Breaking Bad” is the constant progression of character development and plot, as the show avoids modern television conventions of static characters by building a universe in which Walter White and the people around him are forever and irreversibly changed by their actions. Walter’s wife Skyler (Anna Gunn), former partner Jesse Pinkman (Aaron Paul), and his DEA brother-in-law Hank Schrader (Dean Norris) now must finally face the consequences of the situation Walter has thrust them into. All of the skeletons (literal and figurative) in Walter’s closet have come knocking, and no longer is Walter “the danger” or “the one who knocks,” as he proclaims in season four.

Regardless the outcome of the finale, “Breaking Bad” has slowly but undeniably redefined the way audiences watch television and exponentially raised standards for what good television can be. The show might provide carefully telegraphed shocks similar to “Game of Thrones,” and it also has obsessive fans analyzing the cinematography as is the case with “Mad Men”—but “Breaking Bad” truly distinguishes itself with its detail. Gilligan crafts his show with the same finesse and meticulousness that Walter brings to the laboratory, and the resulting product is the best on the market.