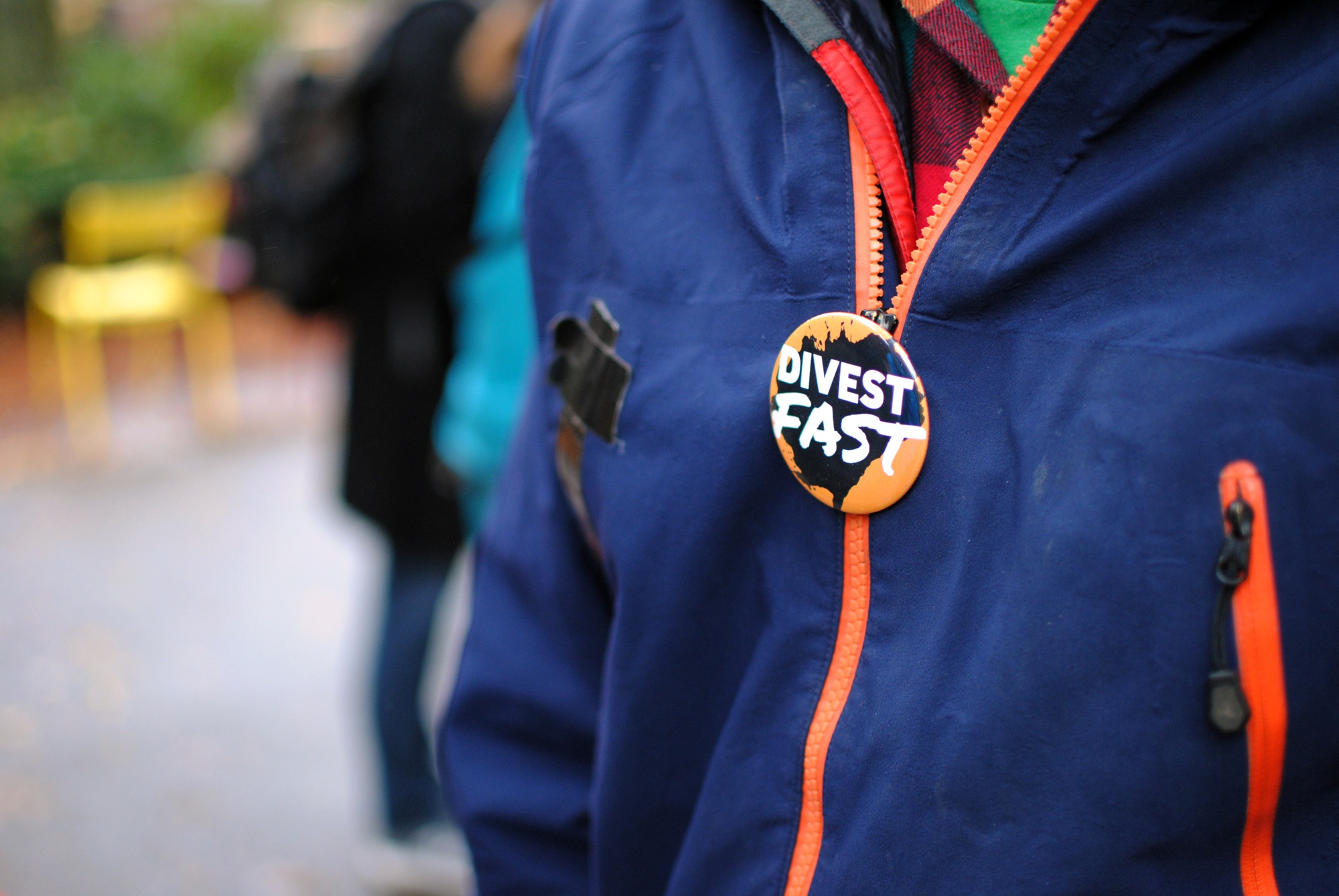 Henney Sullivan '15 dons a 'Divest Fast' pin at the Divest Harvard tent outside Massachusetts Hall in Harvard Yard on Wednesday. Sullivan is one of many students participating in the fast for fossil fuel divestment; he has not eaten since Sunday.
By Tyler S. B. Olkowski, Crimson Staff Writer

Harvard divestment advocates caught national attention when they took their fight to court last week, but legal experts say the case’s claims may ultimately be too tenuous to be heard.

The suit rests on two counts, arguing that Harvard’s investment practices constitute “abnormally dangerous activity” and that those practices do not fulfill the University’s “fiduciary and charitable duties.” According to legal experts, including New York University trusts and estates professor William P. LaPiana ’73, the suit will very likely be met with a motion to dismiss by the University, based on a potential lack of standing in the court.

“It will be a very significant case if it goes to trial,” he said, citing the implications for potential future plaintiffs who disagree with the investment approach of a given charitable institution. 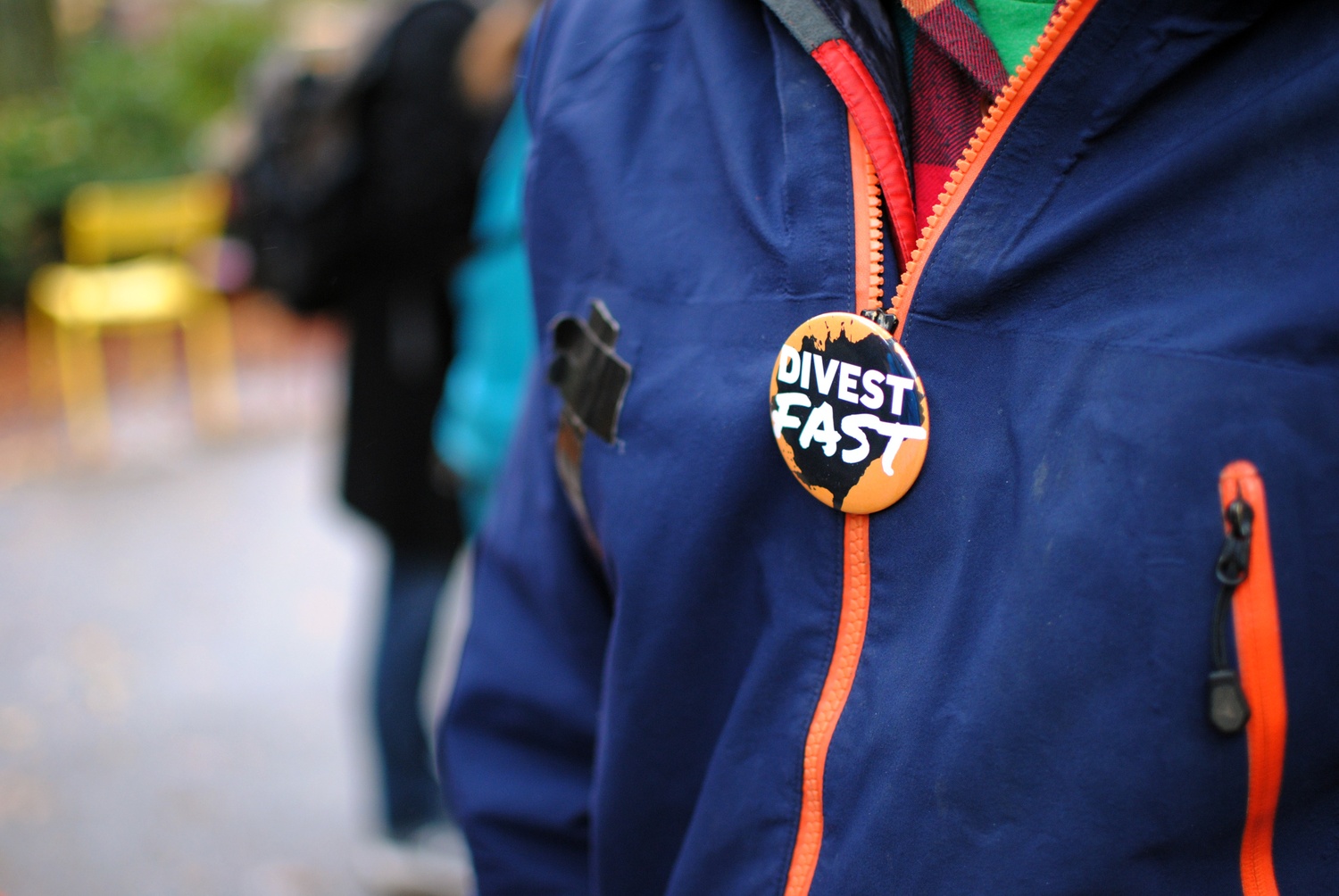 The suit’s first count alleges that the University’s investments are abnormally dangerous and, according to Fordham tort law expert Benjamin C. Zipursky, draws loosely from the language of tort law. Attempting to expand an existing tort law precedent, the suit argues that Harvard is willingly engaged in a dangerous activity by investing in fossil fuel companies which contribute to climate change, and , as a result, is liable for the damages that activity causes.

The plaintiffs did not ask for compensation for damages in their suit, but requested an injunction forcing Harvard to divest its holdings from the fossil fuel industry. Harvard, which has repeatedly said it will not divest its holdings, has not yet given indication of how it will respond to the suit.

Zipursky, for his part, said that the precedent invoked by the Harvard students appears to be too narrow to support their case. In this case, he and others argued, the University is not directly causing the damages, creating an extended causality that likely places the case outside of tort law. And, even if that extended causality is accepted by a court, the damages and liability both remain difficult to quantify.

“If they're meaning to suggest that this is a tort suit...then it isn't plausible,” he said, adding that the group could be using the language to “dress up their argument.”

“You don’t owe a duty to the companies that you invest in,” he said. “I can't imagine that any court would imagine that investment is a form of abnormally dangerous activity.”

Responding to legal experts arguments, Alice M. Cherry, a plaintiff and second-year student at the Law School, maintained on Sunday that the case was intended to expand upon tort precedent.

“We are arguing for an expansion of the law,” she said. “There is a long history in tort law of expansion of liability...to address new social problems.” 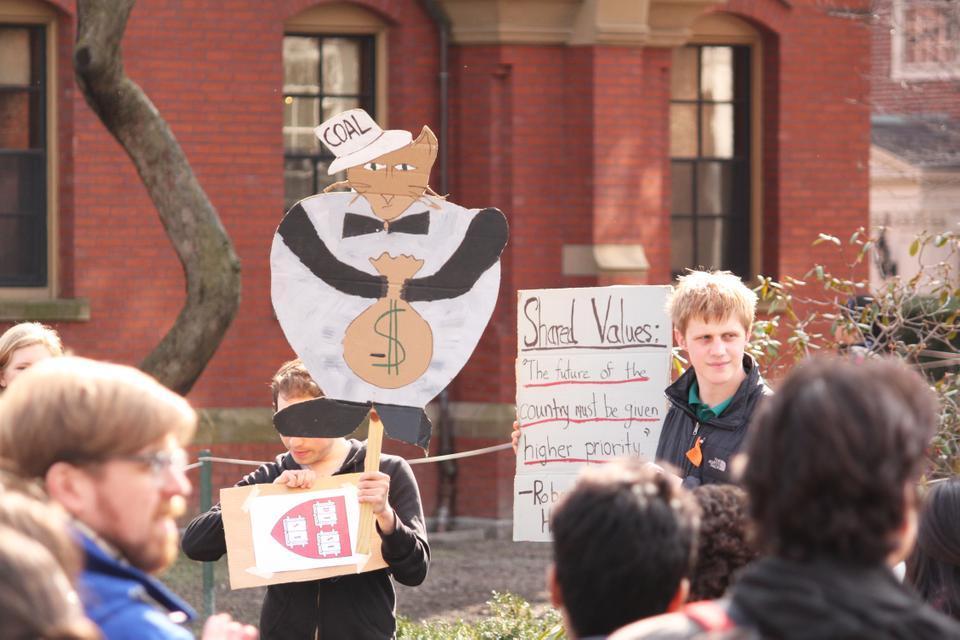 In its second count, the suit claims that the University’s investment in fossil fuels constitutes a mismanagement of charitable funds. Typically, the Massachusetts Attorney General initiates cases in which a charitable organization has mishandled funds, however the plaintiffs aim to exercise their right as individuals with a “special interest” in the decisions of the University.

According to the claim, the University’s continued investments in fossil fuels infringe upon the goals instituted in the University’s original charter, namely “the advancement and education of youth.”

Cherry, who called climate change a “different problem in degree and kind,” said that the investments “affect [Harvard students’] ability to enjoy the full benefits of a Harvard education.”

Even if the suit is not brought to court, it may still have an impact, according to Lytton.

The suit “frames the issue as one of investor responsibility instead of oil company liability,” he said, calling it “somewhat of a reach” to win a judgement but contended that it may still effect change.

Regardless of the outcome, he said, the process itself could benefit the divestment movement by bringing press coverage to the issue. Moreover, if the case proceeds far enough to enter discovery—a formal process of information gathering prior to trial—the University’s investment practices and objectives could better come to light.

Lytton cited the suits brought against the Catholic Church following allegations of child abuse. Few suits made it to court, yet many unearthed information through the period of discovery and the subsequent release of information.

Benjamin Franta, a plaintiff and Ph.D. candidate in applied physics, declined to offer a response to legal experts, but said he had high expectations for the case.

“Of course we don’t know what will happen, we are hopeful the case will be heard,” he said. “I think the time has come for institutions—especially charitable institutions—to start to think about what is appropriate for them to invest in.”