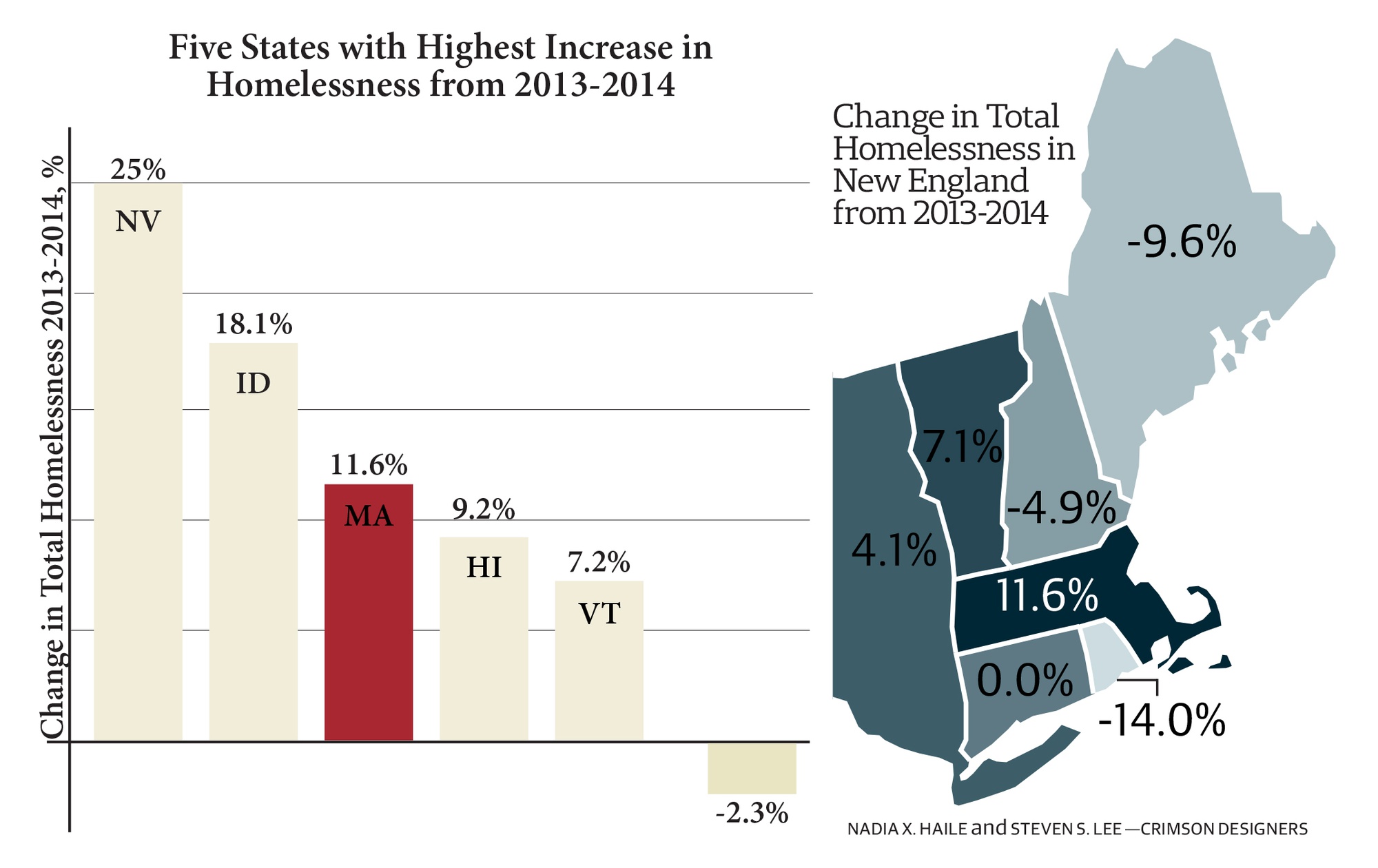 On a cold fall afternoon, Gary was panhandling outside of Leavitt & Peirce with a sign, asking passers-by for a “winter hat” for “The Homeless Guy.” He was homeless as of 14 months ago, when he was released from jail. 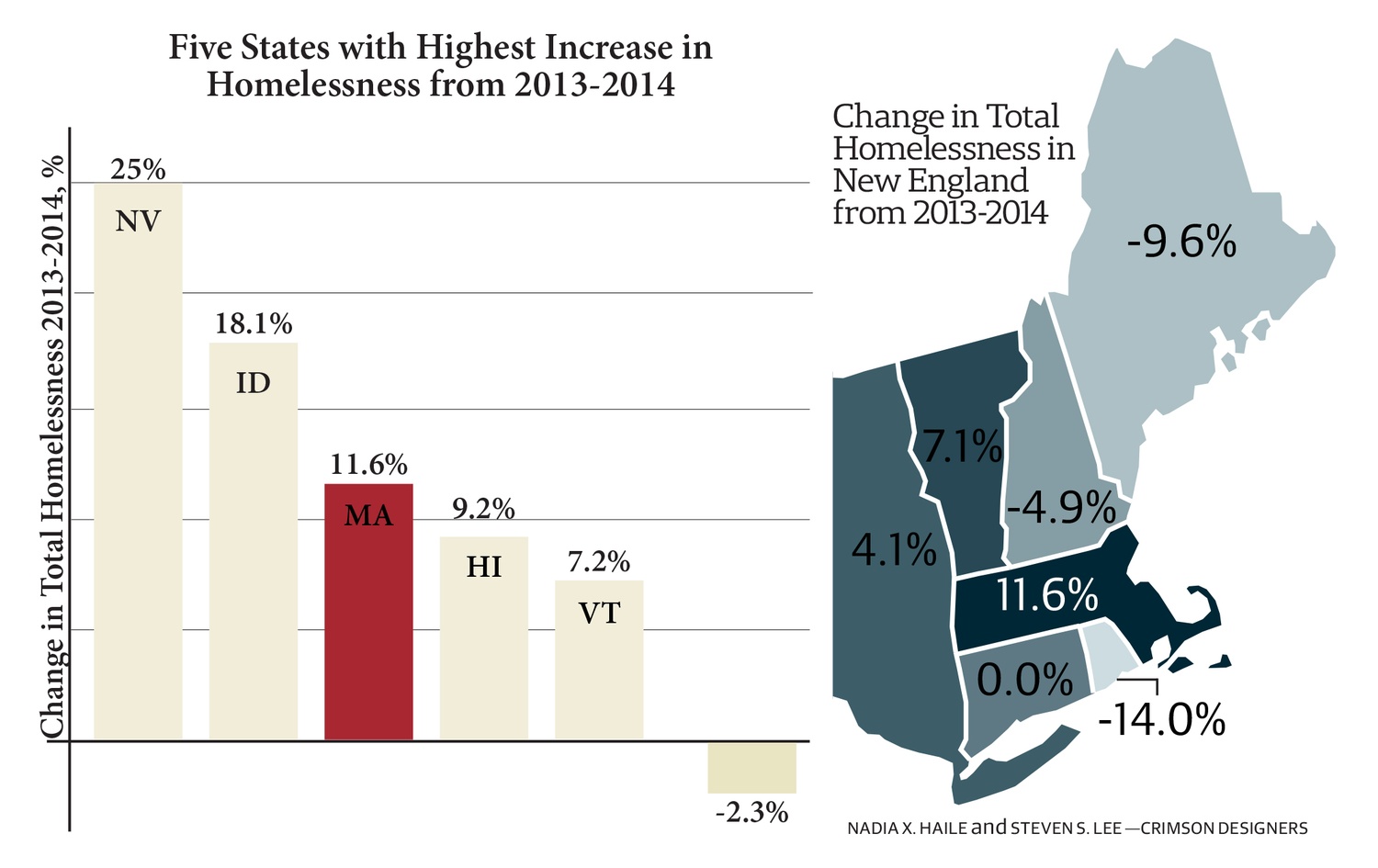 Gary, who declined to give his last name, is one of many homeless people in Massachusetts who is struggling to find housing in a market that has rebounded since the recent recession.

Trends in homelessness in Cambridge have also failed to keep up with national trends. For the past several years, even as the economy has recovered, the number of homeless people in Cambridge has remained constant.

Liz Mengers of the Cambridge Human Services Department said that the persistent rate of homelessness in Cambridge might be due to Cambridge’s relatively robust welfare services and its need for more federal funding for permanent housing projects.

“We’re resource-rich and draw in people in crisis,” Mengers said, noting that people facing hard times in surrounding cities might come to the Boston area for homelessness services.

Laurie Gold, who specializes in strategic planning for community development organizations with Viva Consulting, noted that the lack of adequate housing funding is a problem faced all across the state. According to Gold, Massachusetts has suffered as housing prices rose post-recession and as sequestration spelled cuts for the HUD budget in recent years.

“The state really does its best,” Gold said. “But the big bucks we rely on to solve the problem are federal resources.”

Meanwhile, Gold said, the homeless are priced out of a place to live. She said the housing prices have “accelerated like crazy” in the Boston area and in other major cities, such as New York.

Lt. Michael Harper of the Salvation Army said that he had seen several homeless individuals who were holding down jobs nonetheless struggle to find a home.

“We have people who stay in our shelter who have jobs,” Harper said. “They just can’t afford to have an apartment.”

Gary said that he is beginning seasonal work selling Christmas trees. After saving some of his earnings and collecting insurance for a physical disability, he said he plans to find housing outside of Massachusetts.

“I’ll get something—it’s not going to be nothing great,” Gary said. “I won’t live in Cambridge obviously...but you could go to other cities.”