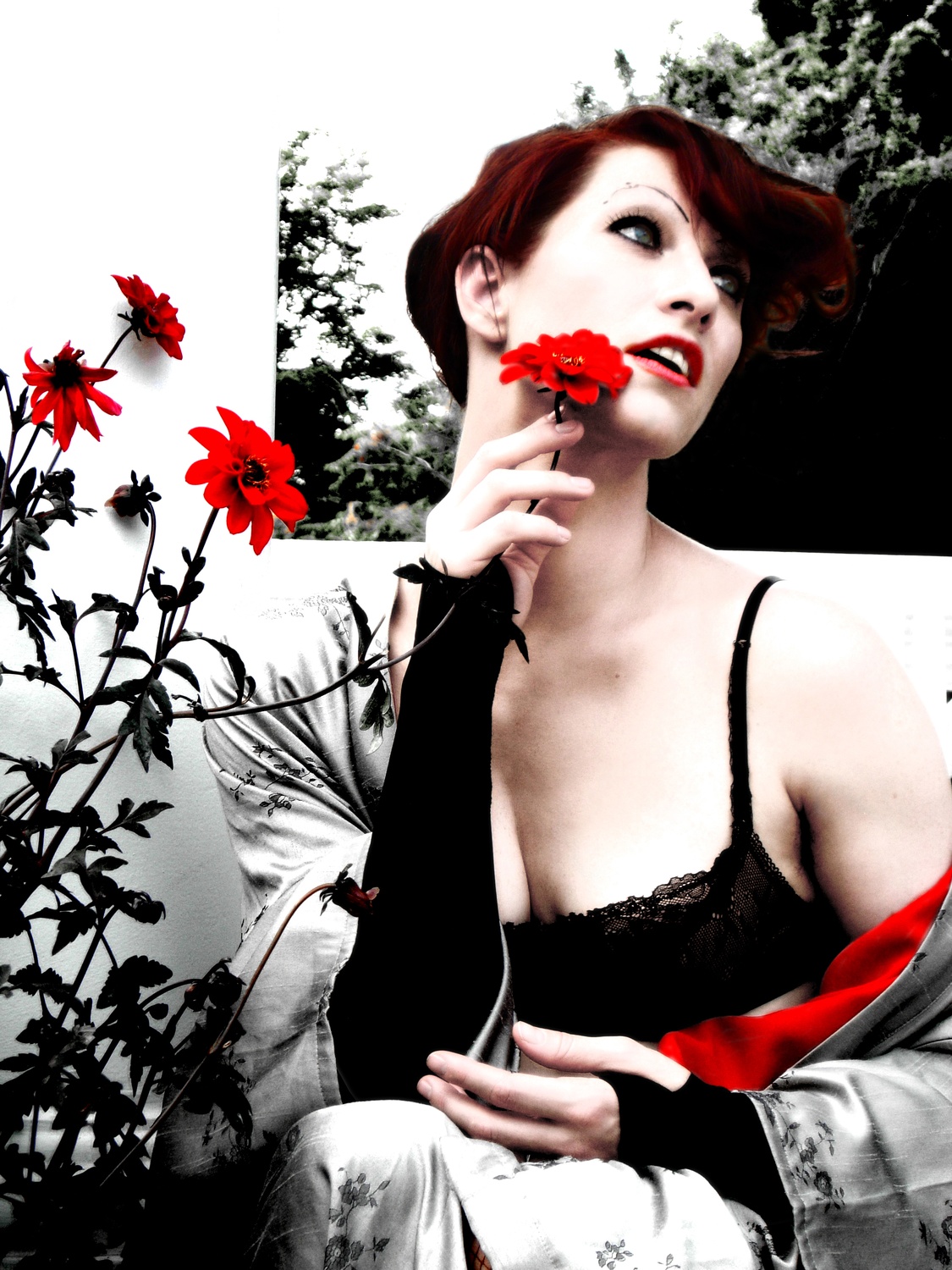 “Hello, love,” Amanda Palmer says to me in a playful, mildly British accent. She’s on the road and her cellphone signal is crackly. “We have to keep driving, so I might lose you for a bit and call back,” Palmer explains, her voice now back to its original Lexington, Mass. self. We talk, in on-and-off bursts, for about an hour.
By Valeria M. Pelet

“Hello, love,” Amanda Palmer says to me in a playful, mildly British accent. She’s on the road and her cellphone signal is crackly. “We have to keep driving, so I might lose you for a bit and call back,” Palmer explains, her voice now back to its original Lexington, Mass. self. We talk, in on-and-off bursts, for about an hour.

The artist also known as Amanda Fucking Palmer is one-half of the Brechtian punk cabaret duo The Dresden Dolls, Evelyn Evelyn, and the lead singer and songwriter of Amanda Palmer and the Grand Theft Orchestra. Her middle stage name, “Fucking,” was given to her by singer-songwriter Ben Folds. “He knew someone who didn’t like me, and the person would refer to me as ‘Amanda fucking Palmer,’” she says.

As her polarized “middle name” suggests, Palmer is absolutely loved by many—yet loathed by some. The media has called her everything from an icon to an egotist. Fortunately, labels don’t mean that much to her. She emphasizes that her upcoming book, “The Art of Asking, or How I Learned to Stop Worrying and Let People Help,” is not concerned with “role-playing.” It instead expands on her 2012 TED talk, “The Art of Asking.”

“When I was writing the book, I thought about the theme very deeply,” she says. “Is asking itself an art that you can learn? What are the rules? What are the graces that go into asking? What really makes someone an Olympic-level asker when other people lag at it?”

Both the book and TED talk trace Palmer’s philosophy of asking back to her days as a street performer in Harvard Square. During the late 1990s and early 2000s, Palmer busked in the Square as “The Eight Foot Bride.” Face painted and body dressed completely in white, a doll-ified Palmer would give flowers to passerby, sometimes having “the most profound encounters with people, especially lonely people who looked like they hadn’t talked to anyone in weeks,” she recounts in her viral TED talk.

The encounters that weren’t profound were still…something. Palmer recalls one of her favorite moments that she wound up cutting from the book. A “very nice-looking woman in her forties” watched Palmer busking for a long time. After some calculating eye contact, the woman approached the “Bride.”

“She came up to me, and said that she felt what I did was absolutely beautiful and heartwarming and artistic and important,” Palmer says. “And she thought that I brought the power of white people to Cambridge.” Palmer chuckles incredulously and adds, “I just kept thinking, what do I say to this person? I smiled and nodded. I didn’t try and argue. I, like my art, let her believe what she wanted to.”

The Square’s personalities have changed, but perhaps not as markedly as its appearance. Palmer frequented the Square’s Pit in the ’90s, when she was “trying to be punk rock and awesome.” Even then, people would comment on the area’s constant renovations. According to Palmer, the ’90s were “a golden age, full of record stores and clothing shops.”

“There’s barely a trace of that left,” she sighs. “The things that keep me hanging on: the Brattle, Pamplona, Grolier Poetry Book Shop, and Algiers—the last standing vestiges of that Harvard Square.” She says that, as a former kid of suburbia, she worries about the teenagers who are currently in her place. “They go on the T, and where do they go? To Newbury Street? I worry! Maybe they’re only hanging out on the Internet, which is depressing enough.”

That being said, the Internet has been one of Palmer’s major artistic platforms. Seeking out the tight-knit community she had in Boston and New York, Palmer began blogging when she started touring with her band in 2001. “The idea that I could pour my soul out in songs and through my blog, it’s completely liberating,” she mentions. “I can just talk to people and I don’t need an intermediary or a middleman.”

The lack of a buffer between performer and audience in Palmer’s work adds a particularly personal touch to every encounter, be it blogged or performed onstage. While on tour, Palmer would often couchsurf at fans’ homes. She funded an entire album through Kickstarter donations.

Palmer’s proclivity for openness, however, places her in a vulnerable position. “I’ve found that out the hard way,” she notes. “Especially as a woman, some people will respect you for doing that and some people will detest you. There were many times when I wanted to take back what I said and hide in a cave. But once you put yourself out there, it’s no longer an option to retreat.”

Personal creeds of that nature take years to master. Looking back on her time at Wesleyan University, Palmer remembers college as a “frustrating and confusing and irritating” environment. A stifling creative block marked her four years in undergraduate study. “My dirty secret is that...I was on Zoloft and didn’t write a single song,” she says. “I held my peace, closed my eyes, tried to do well, and tried to get the fuck out of there. I just didn’t have good tools to negotiate a new environment.”

She adds, “If you’re at a place like Harvard, the rate is particularly high to do 9 million things at once. If you’re highly social and really good at multitasking, you’ll probably flourish.” From Palmer’s perspective, it’s better to “take a year off, get a shitty job, get an apartment, get a fresh perspective, and go back. The world will not end.”

With a multi-city book tour on the way, which will kick off with a parade through Harvard Square on November 10th, Palmer is now dedicated to her friends, her family, and, of course, her fans.

She also points out that she won’t read any reviews about the book. “That’s gonna be one of the hardest things I do in my life,” she says. “Even harder than writing the book itself. There are some really controversial ideas and discussions in the book and it’s why I wrote a book and not a song. This book is no longer a conversation. It’s a statement.”

After that, she’ll have room for some down time. “I just want to go back to being Amanda Palmer,” she says with a laugh in her breath. “That’s gonna be my new job.”