College Admits 16.5 Percent of Early Applicants for Class of 2019 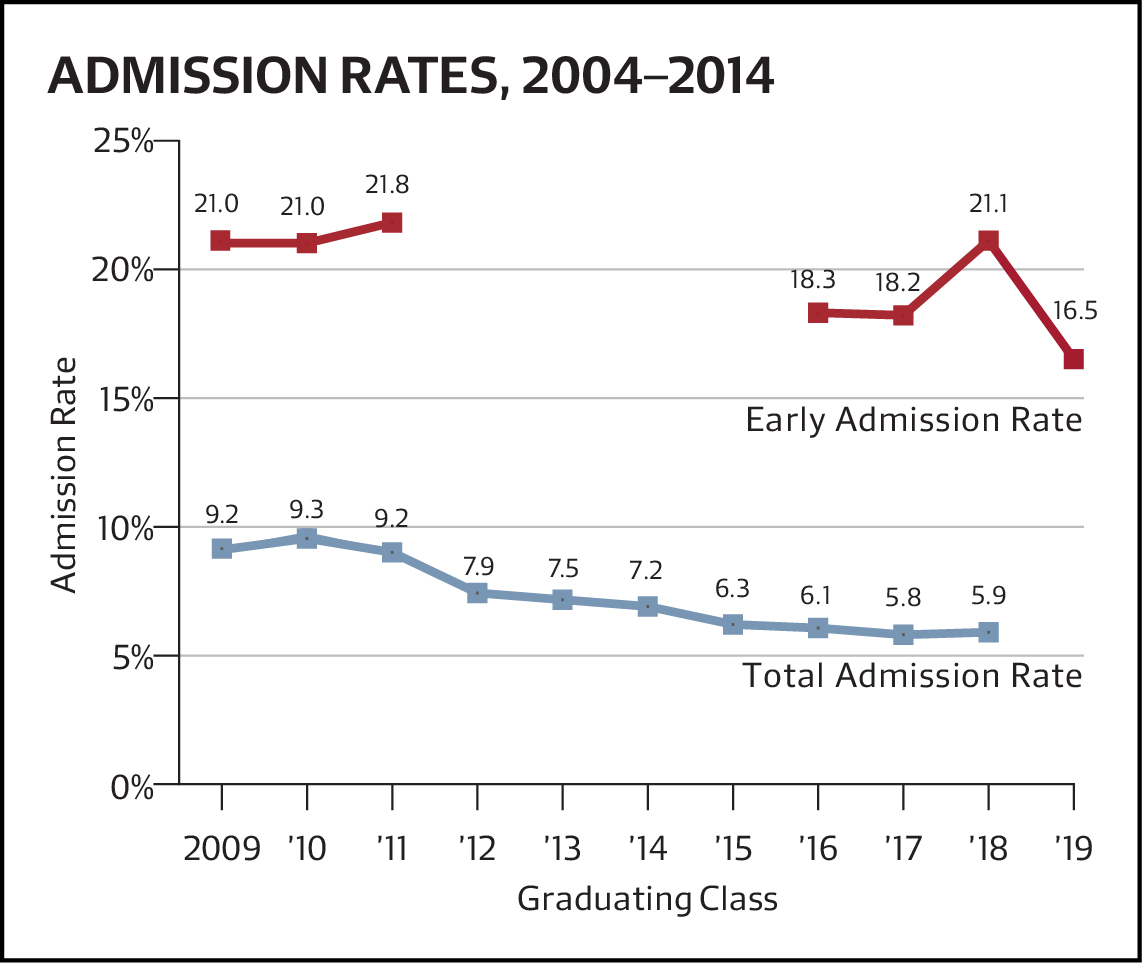 Harvard College notified 16.5 percent of the 5,919 students who applied to the Class of 2019 under the early action program of their acceptances Thursday, marking the lowest admissions rate in the last six early action cycles.

Among those early applicants who were not offered admission Thursday, the majority, 4,292, were deferred to the regular decision process, 541 were denied admission, 19 withdrew, and 90 submitted incomplete applications.

Dean of Admissions and Financial Aid William R. Fitzsimmons ’67 said in an interview Thursday that increased online presence of the Admissions Office—including a new website, videos, and social media through the outreach initiative Harvard College Connection—could have contributed to the increase in the number of applicants. 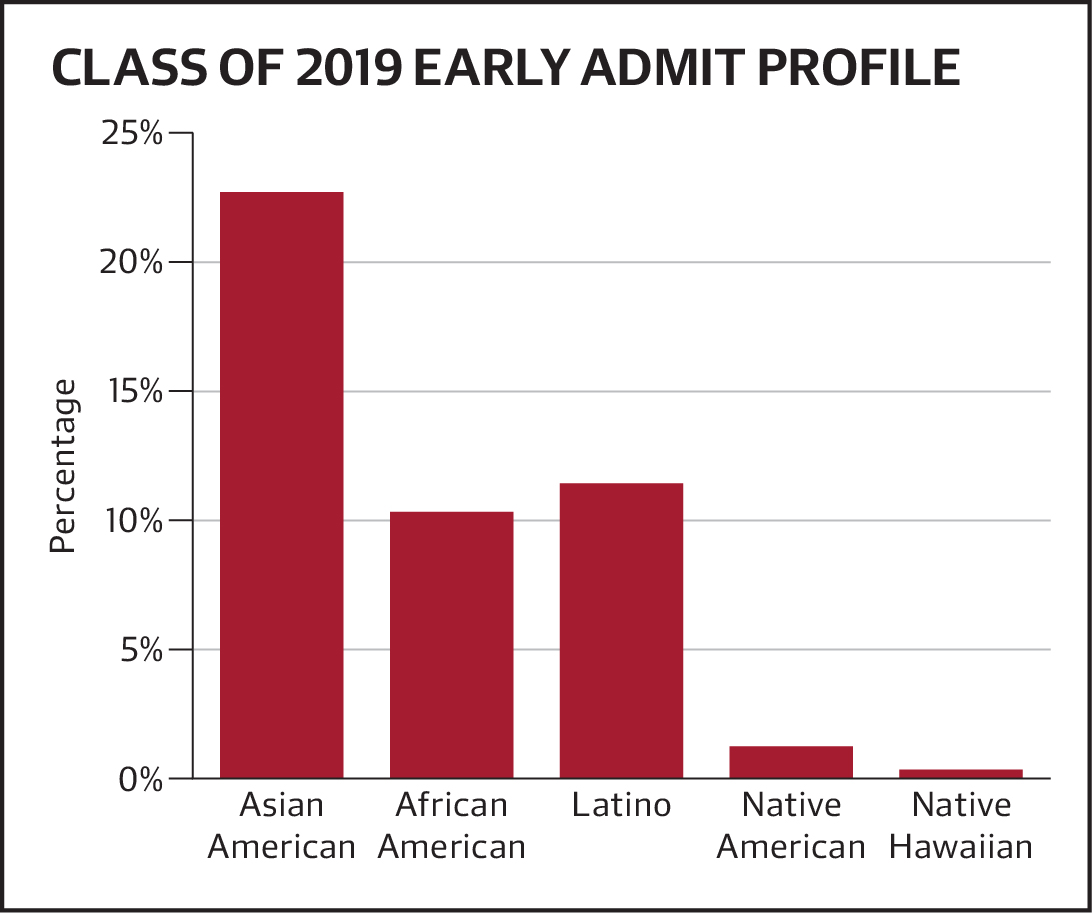 Of the admitted students, 49.7 percent were women, compared to an overall admitted pool that was about 45 percent female last year.

“We trust that recruiting efforts for women through [Harvard College Connection] and other outreach had a significant effect,” Director of Admissions Marlyn E. McGrath '70 said in a press release. 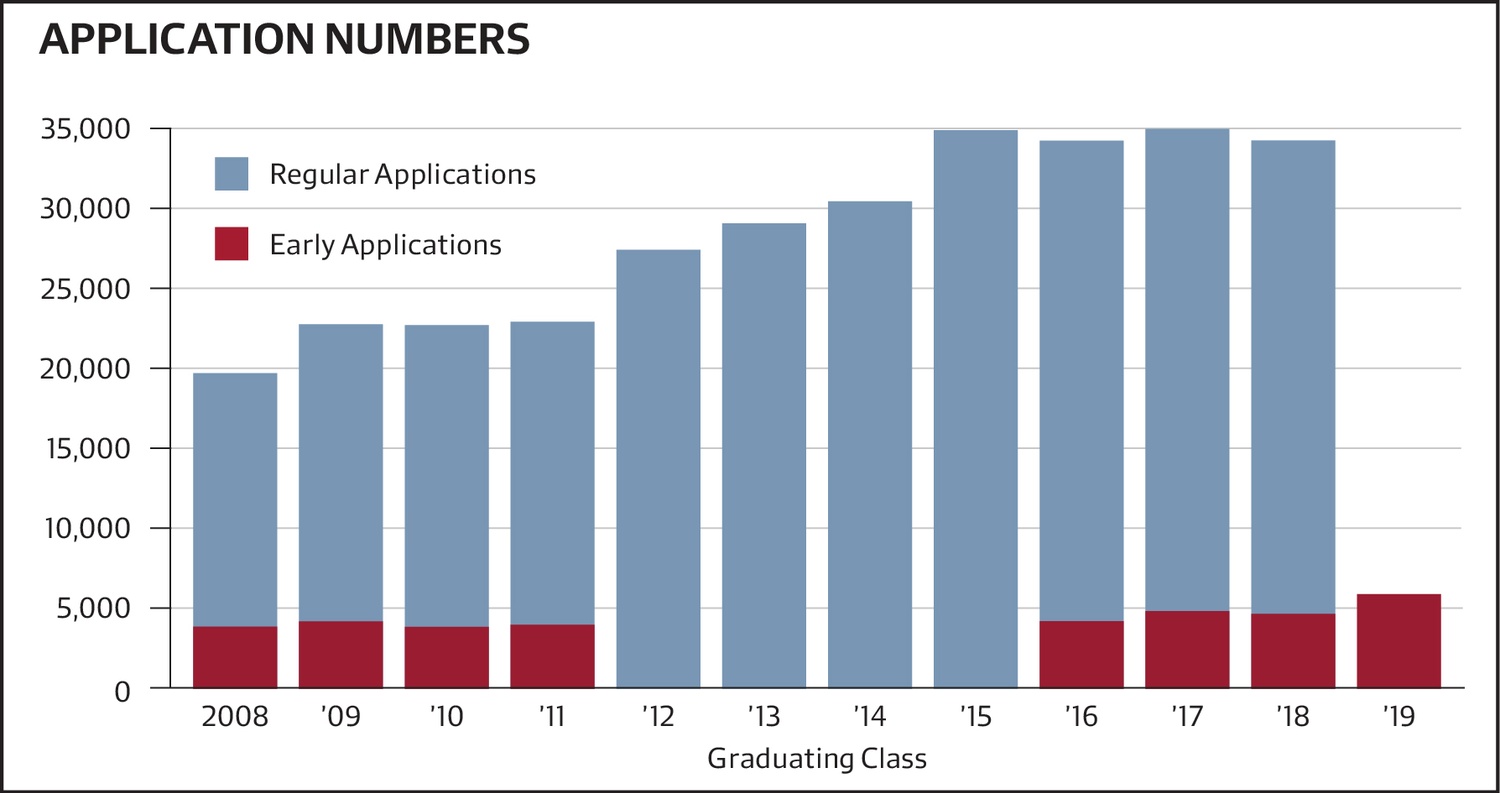 Fitzsimmons declined to provide the number of legacy students who applied or were admitted early, saying that it might give the wrong impressions about the overall class, focusing too much on early admissions rather than on who ultimately attends the College. He said, however, he would share the number of legacy students in the Class of 2019 with The Crimson after regular admissions decisions are sent and students accept their offers.

The Crimson was granted early access to admissions figures and an interview with Fitzsimmons under the condition that it not publish the story until Friday morning. Anna Cowenhoven, a spokesperson for the Faculty of Arts and Sciences, sat in on the interview.