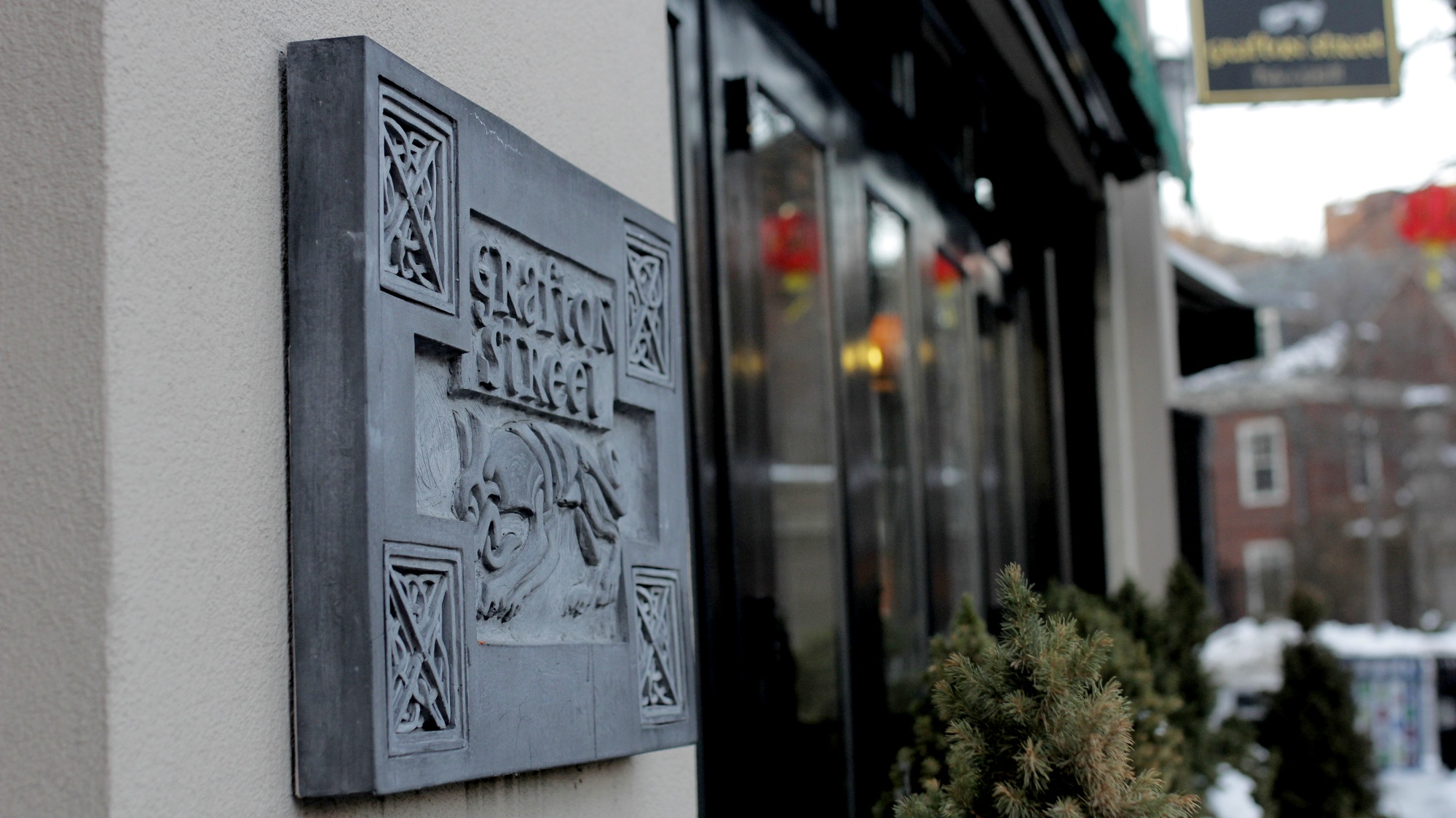 Harvard Square is a place where even the threatened passing of a Dunkin’ Donuts can prompt student outrage; passion for favorite food haunts runs deep. While both students and restaurants in the Square turn over as fast as patties at Tasty Burger, some local favorites persist.
By Reina A.E. Gattuso

Harvard Square is a place where even the threatened passing of a Dunkin’ Donuts can prompt student outrage; passion for favorite food haunts runs deep. While both students and restaurants in the Square turn over as fast as patties at Tasty Burger, some local favorites persist.

Enter the Grafton Group, one of Harvard Square’s largest locally-owned families of restaurants, which has been around since 1996. In the nearly twenty years since the group’s founding, it has been a witness to a Square in flux. And the Grafton Group’s polished menus and tasteful decor themselves are part of a longer Square trend away from greasy-spoon diners and toward the upscale.

“The initial vision…was to have that pub atmosphere combined with a full service restaurant,” says Patrick Lee, the group’s owner, who co-founded Grafton Street Pub and Grill in 1996 with partners Peter Lee, Sean Kennedy, and Gerry Sheerin. In true Harvard Square fashion, he has a Boston accent.

“Back then there weren’t a lot of places that had that comfort factor that a neighborhood pub would give you and combine that with really great food,” Patrick Lee says.

The Group’s initial creation is Grafton Street Pub and Grill, a grown-up spot on Bow Street whose slick leather seats and sidewalk dining are a siren call to the over-21 crowd. Its drink menu and short walk from Adams House may be equally appealing.

Since the founding of Grafton Street, the Group has opened three other locations: Temple Bar in 1998, Russell House Tavern in 2010, and PARK Restaurant and Bar in 2012, which replaced Redline Food + Drink after a nine-year stint. The three newer locations make the Grafton Group a Square force to reckon with, comparable to the Crema-Flat Patties-Felipe’s trifecta (owned by daughter, father, and father-with-business-partner, respectively). According to Lee, his restaurants’ various locations cater to different markets, or micro “neighborhoods” within the Square: the Business and Kennedy School students on JFK street, the lawyers on Mass. Ave., and the tourists by the T.

The history of these micro-neighborhoods—and their respective local eateries—has much to do with the history of public transportation, according to Mo Lotman, author of “Harvard Square: An Illustrated History Since 1950.” Lotman traces the evolution of Harvard Square from a place of quotidian charm to one of relatively upscale establishments like those of the Grafton Group. The Square’s upward trajectory, he claims, is largely due to the T. While Harvard Square used to be the northernmost stop on the Red Line, the establishment of the Alewife Station extension in 1984 changed Harvard Square from a meeting ground for punks and daily commuters to the glossy scene it is today.

“There was a lot of attention given to spiffing it up, because Harvard Square was kind of a grungy place,” Lotman says about the Square pre-T. He mentions the closing of iconic joints The Wursthaus and The Tasty in the late ninteen-nineties as symbolizing the end of an era of cheap eats.

“Overall the Square has just gotten fancier over time,” says Lotman. “There’s a lot less of the neighborhood utility kind of places that there used to be.”

This shift is evident even now: The recent demise of Leo’s Place Diner after decades is one more indicator. “The thing that we can count on [in Harvard Square] is change, and we accept it, and we embrace it,” says Denise A. Jillson, executive director of the Harvard Square Business Association.

One perceived change that Jillson, Lotman, and Lee all disclaim is the commonly cited perception that Harvard Square’s businesses have shifted from local ownership to national chains. The reality, claims Jillson, is that the overall makeup of the Square has remained “fairly steady” since the Association began paying attention to the matter in 2002. About 75 percent of stores are locally owned and independent, according to Jillson.

Lotman himself argues that the contemporary Square is “the most upscale it’s ever been,” but that this is not due to an influx of chain stores—the number of which he believes has actually declined since the late nineties.

“I think in general, the Square has retained its identity as very fiercely local,” Lee concurs.

Lotman, for one, is nostalgic over the loss of the gritty, come-as-you-are vibe of the Harvard Square of old, even while enthusiastic about today’s offerings. He characterizes his wistfulness as one more side effect of attachment to such an iconic, yet constantly fluctuating, landscape: “That sentimental loyalty exists in Harvard Square about just about anything.”

But there’s no use crying over spilled artisanal beer. To toast the Square’s favorite haunts, both old and new, try the bartender’s whim at PARK; tell them Patrick Lee sent you. 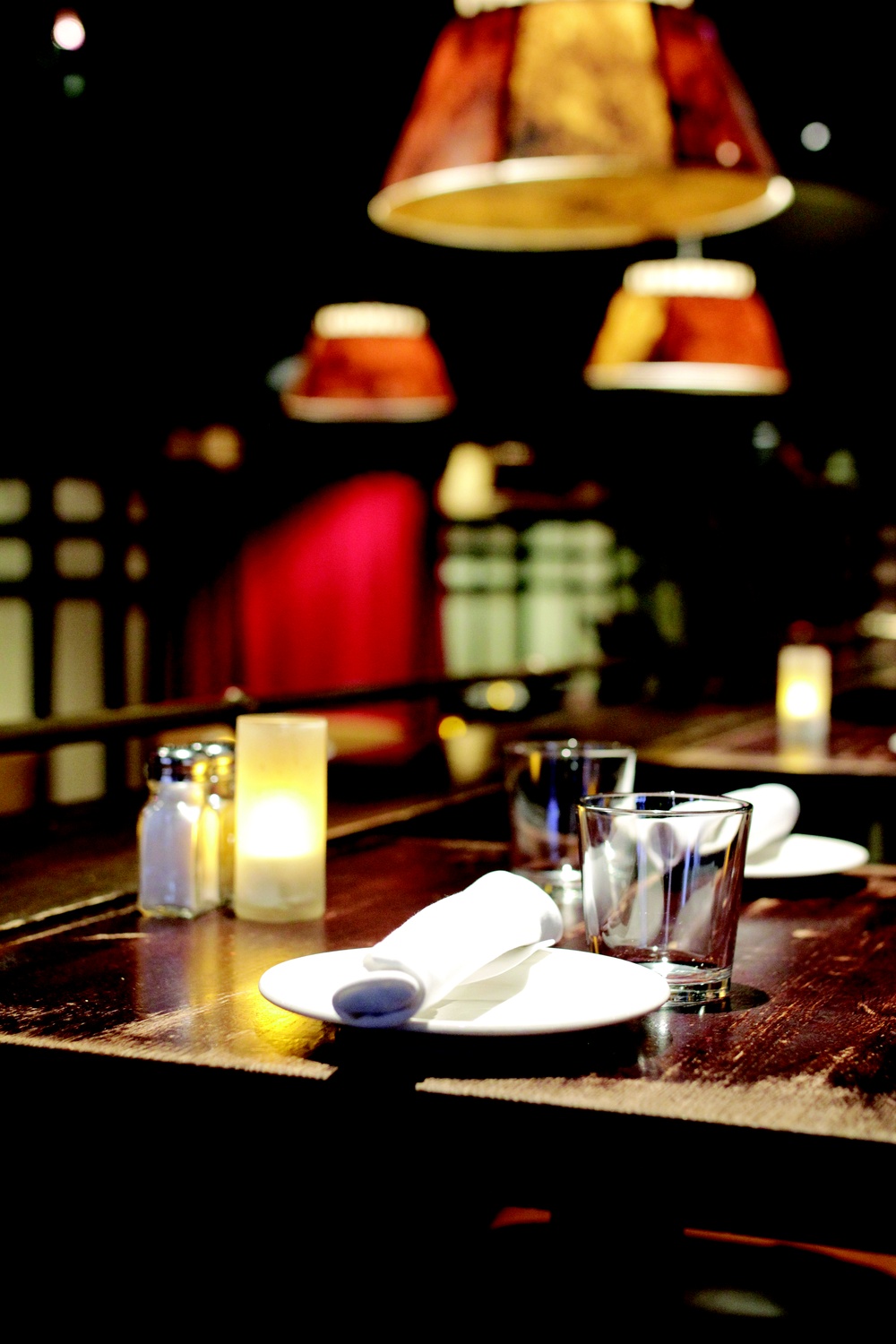 An earlier version of this article incorrectly stated which of the Grafton Group restaurants includes the bartender's whim cocktail on its menu. In fact, the drink is served at PARK Restaurant and Bar.