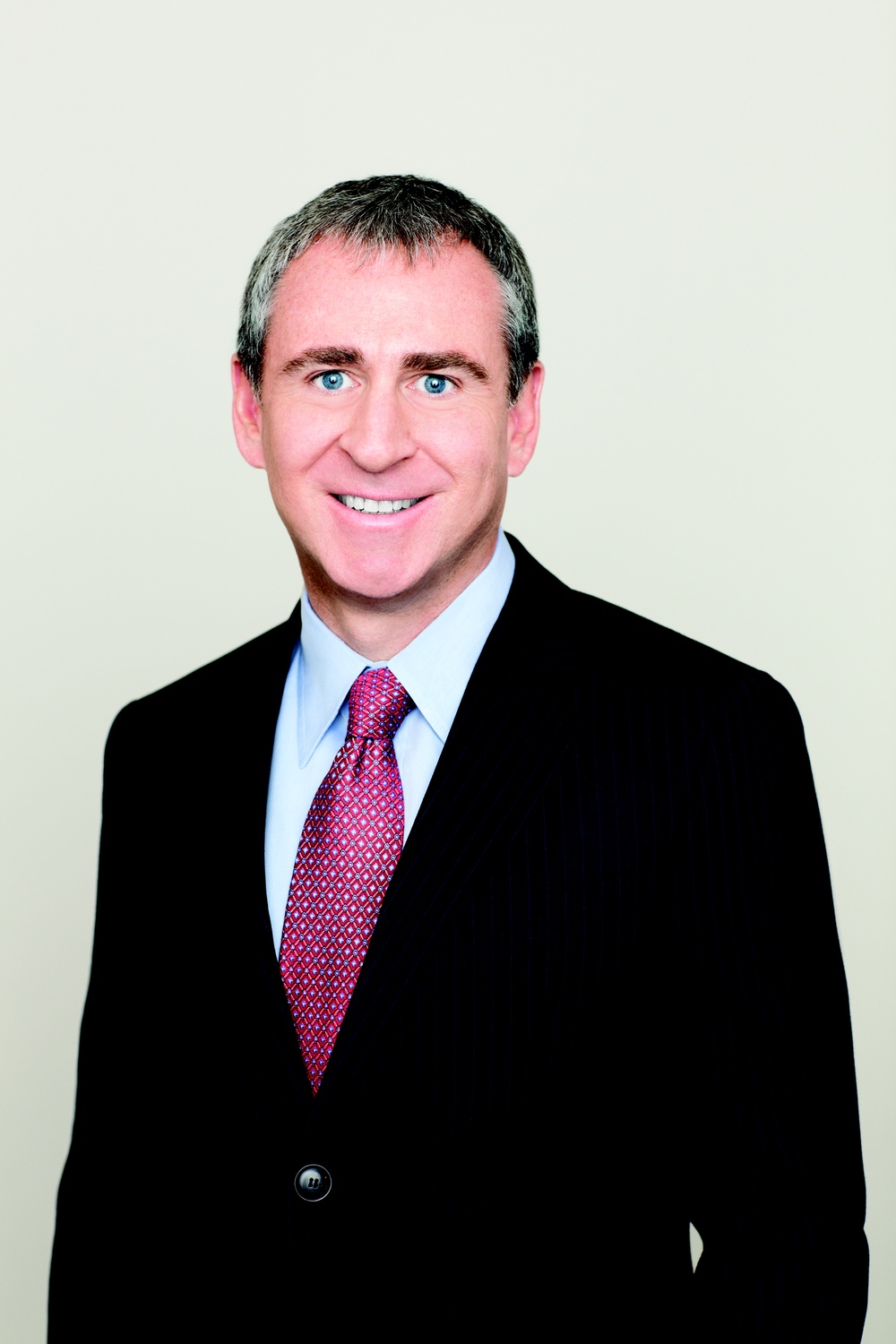 Kenneth C. Griffin ‘89 has donated $150 million to the University, which is the largest in the history of the College. By Courtesy of Kenneth C. Griffin
By Matthew Q. Clarida and Amna H. Hashmi, Crimson Staff Writers

Hedge fund manager Kenneth C. Griffin ’89 has donated $150 million to Harvard and has directed at least $125 million of the gift to support financial aid at the College. The gift, announced by the University on Wednesday afternoon, is the largest single donation in the history of Harvard College.

The gift will fund 200 new scholarships named for Griffin and create a fund to match other donations in support of 600 additional scholarships. $10 million of the gift will fund a new professorship at Harvard Business School, and the remaining $15 million has not yet been directed.

"It sets a marvelous standard of generosity and also a standard for financial aid giving,” University President Drew G. Faust said. "[The gift] is structured in part as a challenge...in order to try to involve other people in contributing to financial aid, and I hope that it also sends a message to alums about how...important it is to make sure that Harvard is available to students from every kind of economic background."

With the gift, the Harvard College Office of Financial Aid will be renamed in Griffin’s honor, and the center’s executive director, Sarah C. Donahue, will now be referred to as the Griffin Director of Financial Aid, according to the release.

“My goal with this gift is to help ensure that Harvard’s need-blind admission policy continues, and that our nation’s best and brightest have continued access to this outstanding institution,” Griffin said in the press release.

Griffin began his investing ventures in his Cabot House dorm room as an undergraduate and established the Chicago-based Citadel hedge fund a year after graduating with a degree in economics in 1989.

In 1999, the year of his tenth reunion, Griffin endowed a scholarship in honor of his grandfather. He remained affiliated with Harvard, later serving on the Financial Aid Task Force. As of September 2013, Griffin had an estimated net worth of $4.4 billion, according to Forbes.

Last year, the College’s financial aid budget was $182 million, the largest ever and reflects a nearly 90 percent increase on spending on undergraduate financial aid since 2007.

“This is one of those things that you dream might happen and you hope [for], but you never expect it would take place,” he said, “but here we are.”

Last fall, the University launched a capital campaign that is seeking a higher-education record $6.5 billion. Financial aid is one of the University’s six priorities for the campaign, and Fitzsimmons said on Wednesday that he hopes to raise $600 million for aid purposes.

The timing of Griffin’s gift marks the ten-year anniversary of the Harvard Financial Aid Initiative, a program which began in 2004 by eliminating parental contributions to tuition for families making less than $40,000 annually, a benchmark that was eventually raised to $65,000.

Michael D. Smith, dean of the Faculty of Arts and Sciences, is a close friend of Griffin’s and was instrumental in securing the gift, according to Faust and Fitzsimmons.

“Mike Smith was critical in terms of making the case for financial aid, and I know he has a very, very good relationship with Ken,” Fitzsimmons said. “Oftentimes when people are making gifts of any kind they are also thinking of the relationships with the people who are part of that organization.”

FAS spokesperson Jeff Neal said that Smith was traveling on Wednesday and could not be reached. But in a Wednesday’s press release, Smith praised Griffin.

“Ken’s astounding philanthropic leadership has set financial aid—one of the most important priorities of the College’s capital campaign—on a lasting foundation,”  Smith said in the release.

Griffin’s gift is among a recent surge of nine-figure donations. Johns Hopkins, Yale, and Cornell all received the largest gifts in their histories last year, a $350 million gift, $250 million gift, and a $133 million gift, respectively. Griffin’s $150 million donation to Harvard, which easily surpasses any individual gift in the College’s history, would not even rank in the top 25 private gifts to higher education, according to a Chronicle of Higher Education almanac.

The largest philanthropic gift to the University prior to that of Griffin came from Hansjörg Wyss, who received his M.B.A. from Harvard Business School in 1965 and has given two $125 million gifts in recent years. Before Wyss, the largest donation came from David Rockefeller ’36, the grandson of the famous oil magnate, who donated $100 million to the University in 2008 to support international programs and the expansion of arts education. That amount matched a $100 million gift from Eli and Edythe Broad in 2005 donated for genetic research.