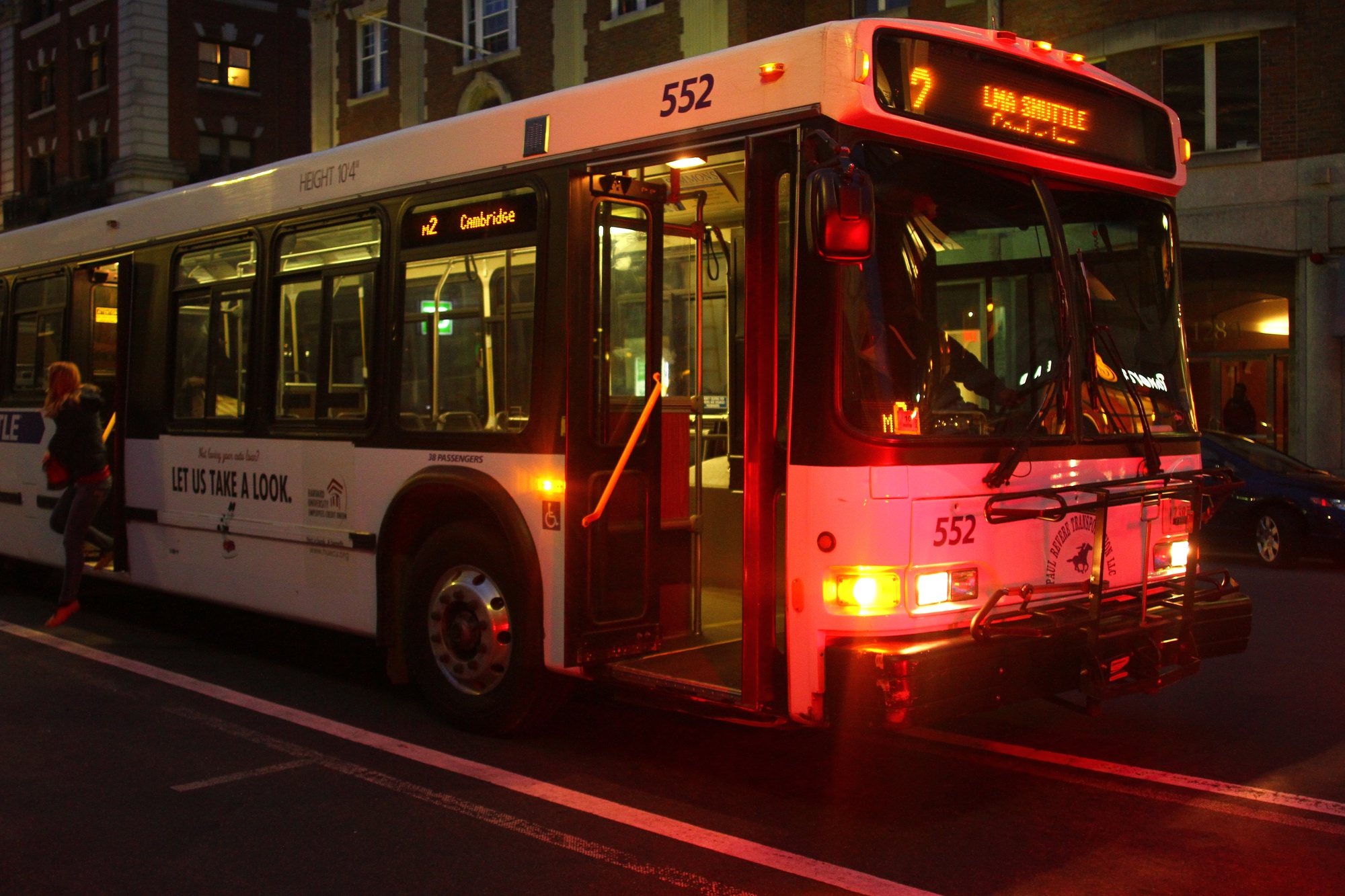 At a meeting of the Harvard Graduate Council last Tuesday, students passed a resolution to expand M2 shuttle service to include Sunday operations.

The M2 shuttle, which connects the Harvard Longwood and Cambridge campuses, currently runs during the week and on Saturday. The Medical School, School of Dental Medicine, School of Public Health, and many hospitals affiliated with Harvard are located in the Longwood area. 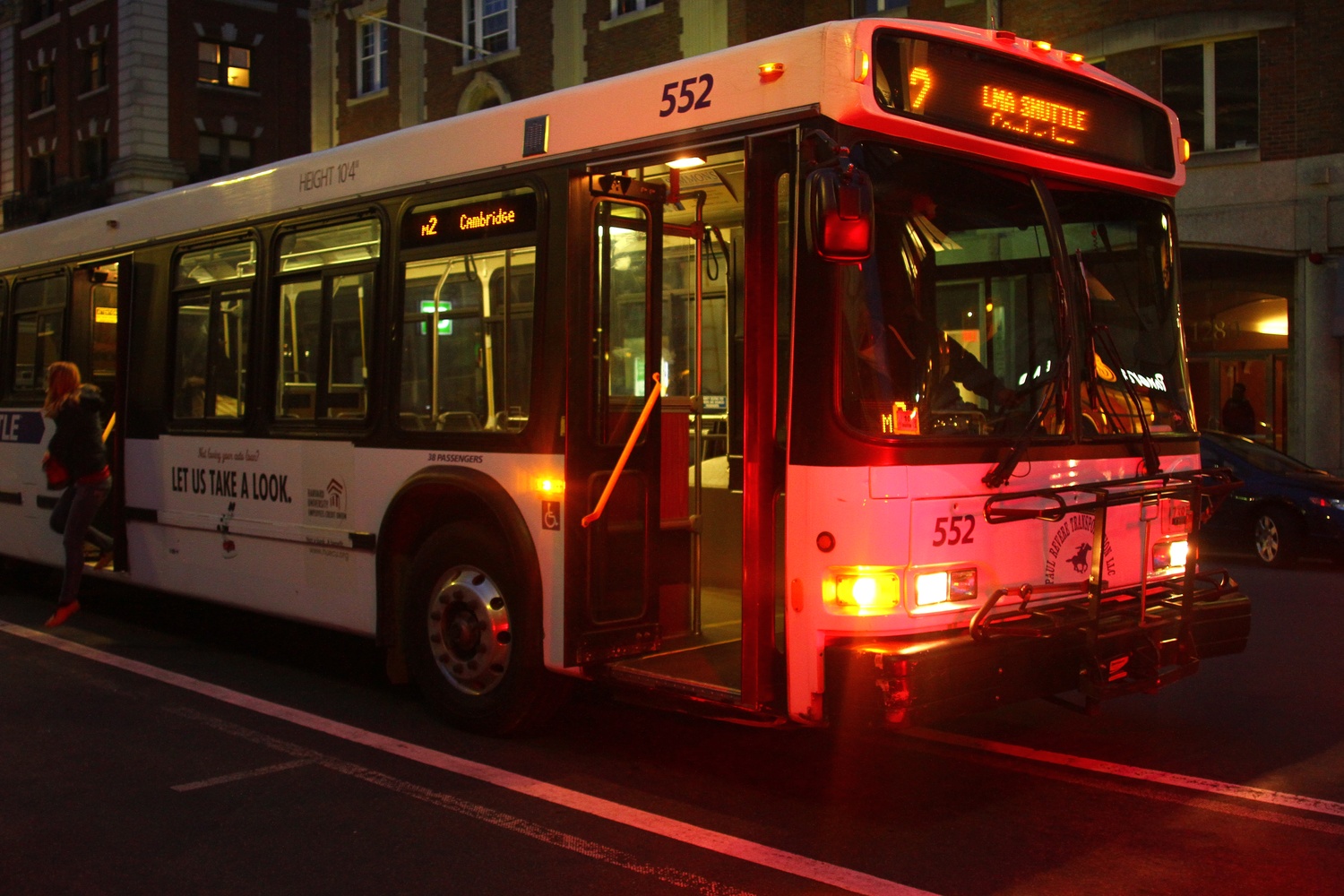 The M2 Cambridge-Vanderbilt Hall shuttle, which travels from Harvard Square to Harvard Medical School, drops off passengers outside of Widener Gate. By Shunella Grace Lumas

Members involved with the resolution plan to send a formal letter to University President Drew G. Faust this week to request a meeting with her during the coming months.

“We are hoping to...get her support to relocate necessary funding to finance the Sunday shuttles,” said Ruby B. Kwak, who serves as vice president of advocacy on the Medical School Student Council and co-wrote the M2 resolution. “Once the funding is secured, we will work closely with the pertinent departments at Harvard and MASCO, the company that currently runs the M2 shuttles, to implement the expanded schedule by the end of this year.”

According to Kwak, who is also a senator for the Harvard Graduate Council, the administration estimated that Sunday shuttle service will cost an additional $50,000 annually.

J. Bradley “Brad” Segal, president of the Medical School and School of Dental Medicine Student Council, however, noted that the cost should not outweigh the benefits of having a united Harvard community.

“At the end of the day, it's a question of who at Harvard University is actually willing to substantiate One Harvard by providing the financial support for Sunday M2 services,” Segal said. “One Harvard is something that should apply every day, not just Monday through Saturday.”

Kwak also said she believes that the shuttle issue extends to the One Harvard principle.

“We are all under one roof despite the fact that we are separated by some distance,” Kwak said. “People in Longwood felt really separated from Cambridge campus, and it was hard for them to feel connected to the rest of the University.”

Segal agreed, saying that students who study and work in Longwood deserve to remain involved in the life of the Harvard community at the center of campus—even on the weekends.

Expanding shuttle service has received widespread support from students, according to a survey launched by Kwak in November.

Specifically, when students listed their top three reasons for using the M2 shuttles, they cited access to University resources as their first priority. They also ranked the benefits of having Sunday shuttles and indicated economic and safety benefits as most important.

“The results from the survey indicate that University-run free shuttles on Sundays are more of a necessity than a matter of convenience,” Kwak said.