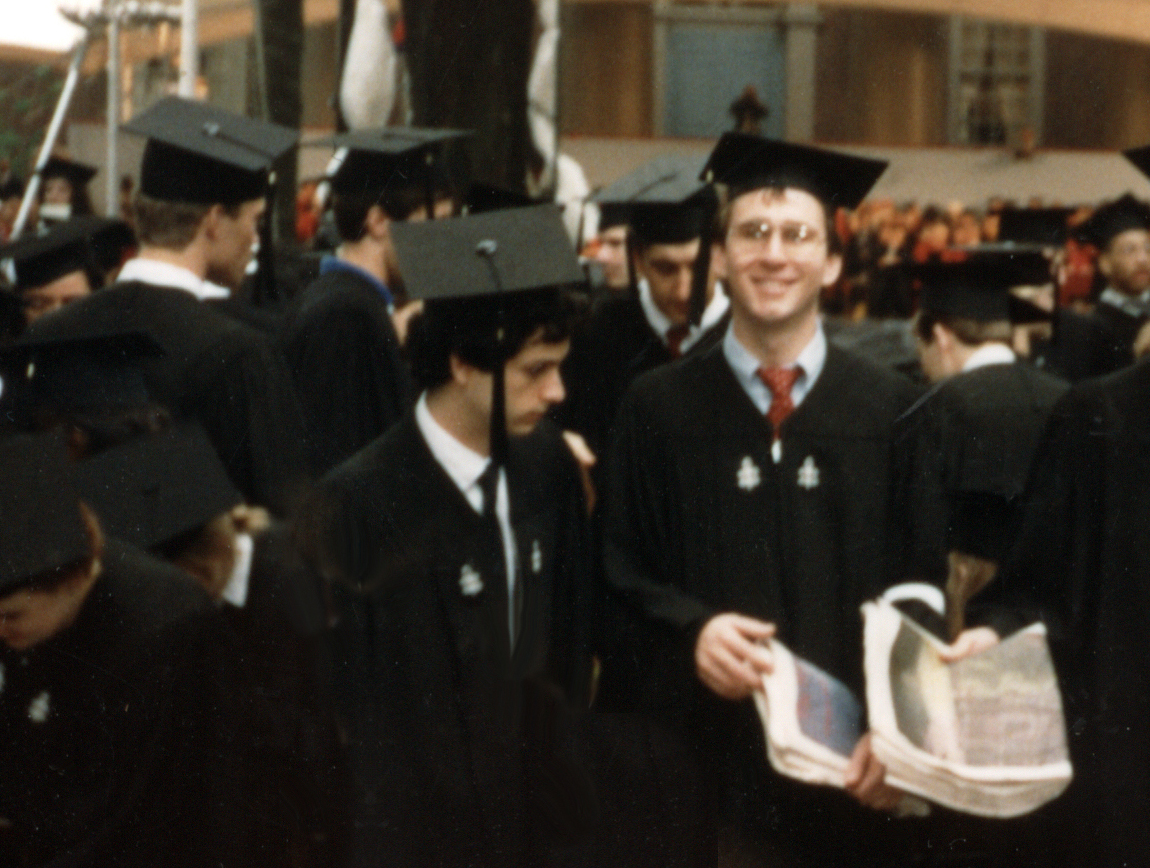 Long before the days of shiny smartphones or high-speed wifi, Kenneth C. Griffin ’89 was trading bonds from his Cabot House dorm room between economics classes.

It was 1987 and one of the only ways to receive updated portfolio information was by setting up a satellite dish to receive stock quotes. Griffin had convinced Cabot maintenance to rig a dish on the roof, winding cables through a window and elevator shaft, down a hall, and into his second floor dorm room.

The entrepreneurial student also raised $265,000 from family members and friends to finance the investment scheme.

Although his fellow Cabot residents might have deemed the endeavor a bit unusual, Griffin said it was not all that uncommon.

“The great thing about Harvard is there’s such diversity in the student body and so many students are doing really fascinating and interesting things,” Griffin said. “In the context of Harvard, this story wasn’t exceptional.”

Although Griffin downplays the Cabot investment scheme, he has since received widespread acclaim for his exceptional track record as a hedge fund manager.

Griffin is now the chief executive officer of his very own private equity firm, Citadel Capital, a company that oversees $19.6 billion in investments. In 2013, he was among the youngest members of Forbes 400 wealthiest Americans, holding his position at 103 with a net worth of $4.4 billion.

Earlier this year, Griffin gave a $150 million gift to Harvard—the largest single gift in the history of the College.

ALL BUSINESS AT HARVARD 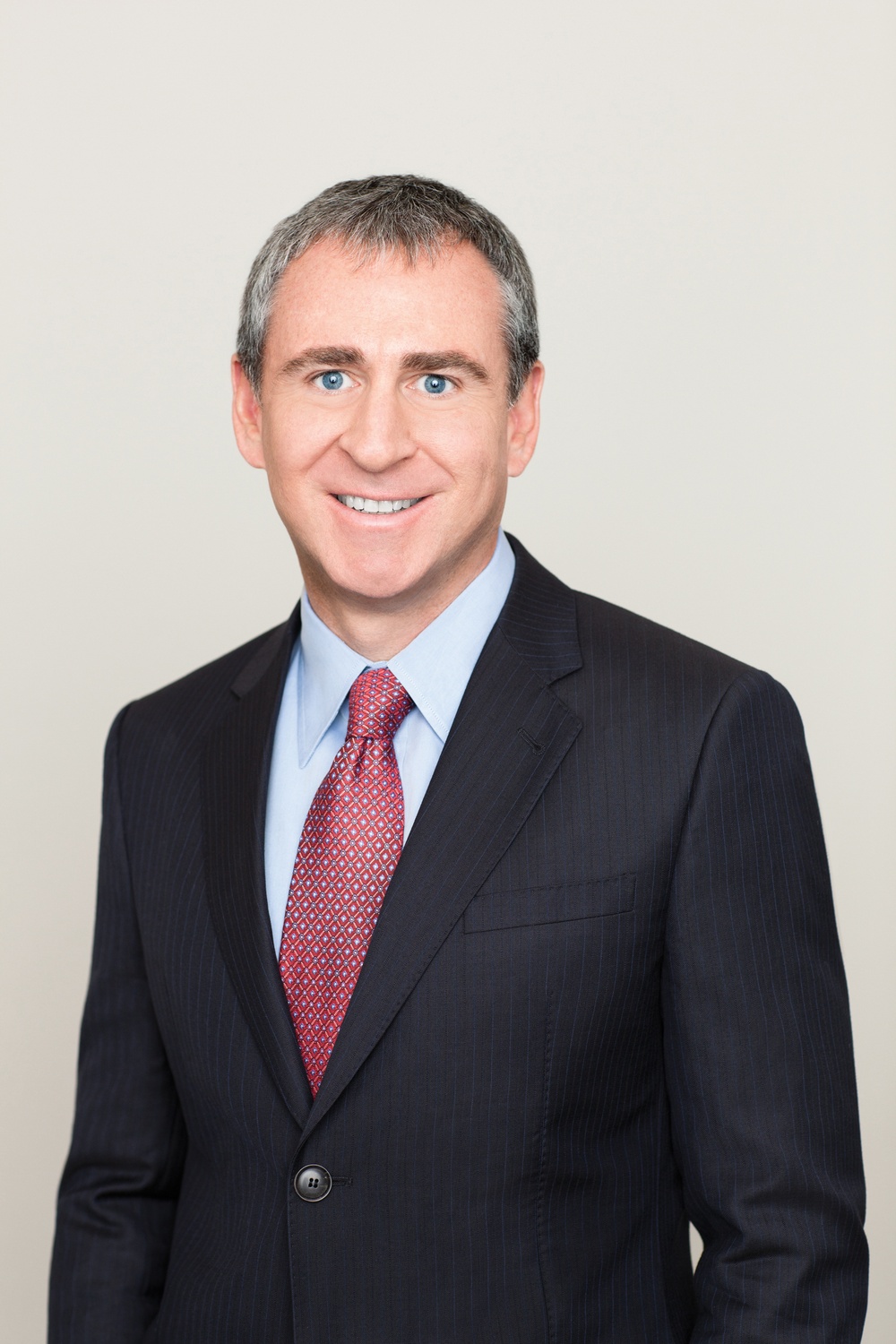 By Courtesy of Kenneth C. Griffin

Today, as entrepreneurial tech geeks have entered the national spotlight through hit blockbuster films and HBO series, Griffin appears to exemplify one of those success stories.

One of his freshman year roommates, George J. Juang ’90, recalled how he immediately realized that Griffin possessed an acute knowledge of management and economics.

“He was already very intense and a savvy businessman as a freshman,” Juang said.

Even before he started trading stocks out of his Cabot dorm room sophomore year, Griffin had already helped launch another business.

During his senior year of high school, Griffin founded EDCOM, a company that provided low-cost educational software to professors.

According to Juang, the company dominated a large portion of Griffin’s time during his freshman year.

“He was on the phone all the time with his manager,” Juang recalled.

During business transactions, Griffin strove to maintain a mature persona and to avoid flaunting his young age.

Griffin told the Fort Lauderdale newspaper, Sun Sentinel, in 1986,“Do you think anyone would trust their product line to a 17-year-old kid?”

Although Griffin attempted to assume a professional attitude, he did not appear different from his peers, Juang said. The freshman roommates still had a relatively normal year that included plenty of partying and socializing.

“He was a hardworking, fun guy to hang out with,” Juang said. “Nobody thought of him as being above anyone else. He was an ordinary undergraduate.”

AN EDUCATION AND EXPERIENCE OF A LIFETIME

Griffin still says his years at Harvard were formative, teaching him how to tackle everyday challenges and grapple with political questions.

Amid floods of fond memories, Griffin reminisced on a class he took with Richard E. Neustadt, a legendary White House advisor and historian, on the power of the American presidency.

According to Griffin, Neustadt, who died in 2003, used to invite students back to his house for dinner, drinks, and political conversations. It was those conversations that Griffin now remembers as some of the best he had at Harvard.

“I can’t remember if Richard was in his seventies or older at that time, but as the night wore on, he showed all that he had us beat in every dimension,” Griffin said. “[Neustadt was] just a brilliant thinker and he could outdrink all the freshmen.”

Although Neustadt was known for advancing liberal political dogmas, Griffin developed a conservative streak. According to the New York Times, Griffin has donated large sums of money to Republican candidates, such as Scott Brown and Mitt Romney, and conservative Super PACs like American Crossroads, the brainchild of Karl Rove.

Griffin has also focused his philanthropic efforts on his alma mater, donating to Harvard several times over the years. He made headlines last fall when he contributed the record-setting $150 million to the College, stipulating that about $125 million would go to fund financial aid.

“It sets a marvelous standard of generosity and also a standard for financial aid giving,” University President Drew G. Faust told The Crimson earlier this year.

“When you walk into the doors of Harvard, you just look across the yard and you look at the names of the buildings,” Griffin said. “You realize that people helped make what you and I enjoyed a reality because of their hard work and willingness to give back to the University.”

Griffin has now joined the ranks of alums who have helped shape the lives of so many students.

For him, the proveriable adage about education lasting a lifetime rings true. His experiences at Harvard have fueled a desire to remain immersed in the life of the University.