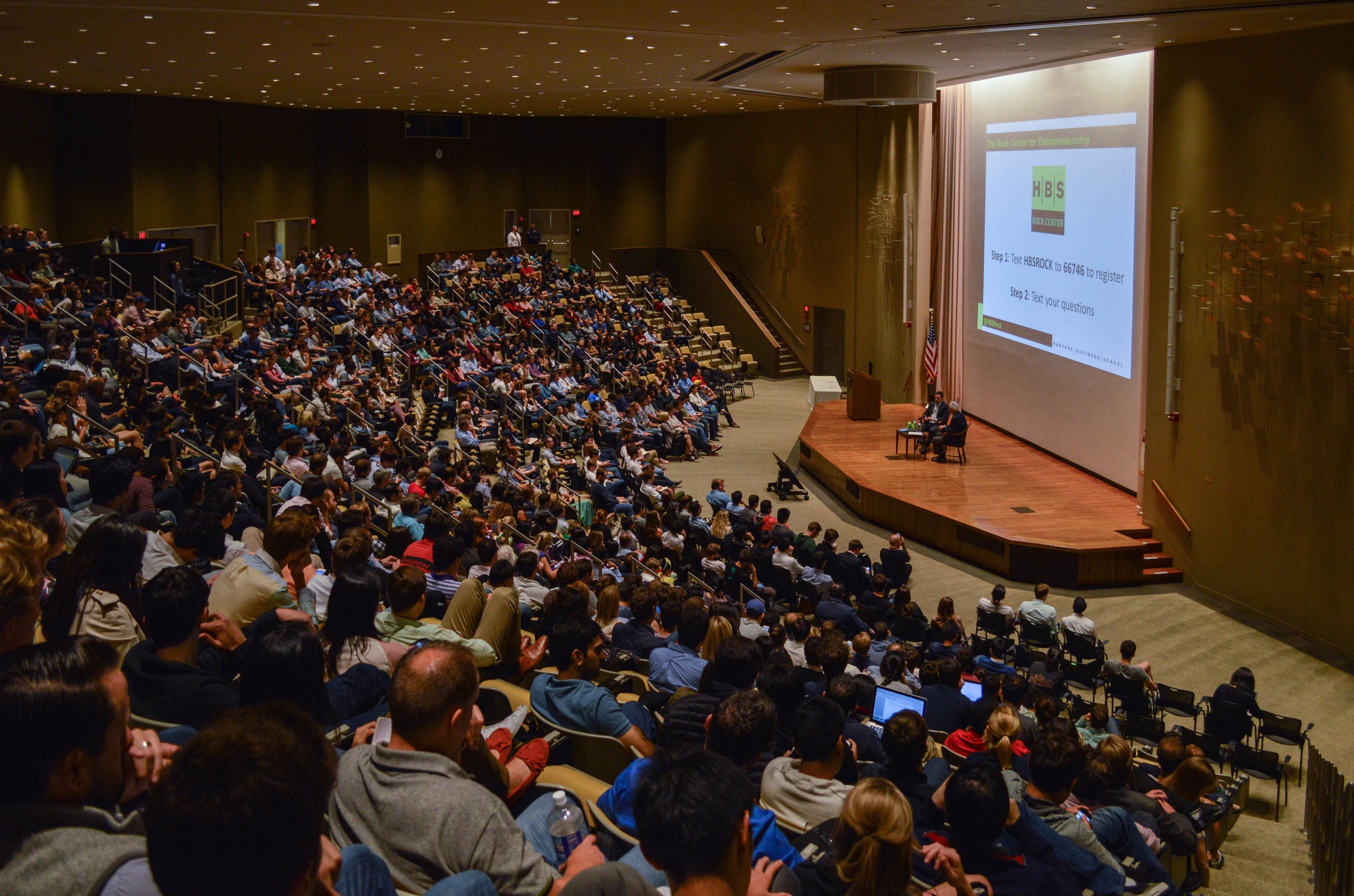 Drawing on his experiences as a co-founder of Paypal and early stage investor for Facebook, entrepreneur and venture capitalist Peter A. Thiel stressed the role of innovation in entrepreneurship during a conversation with Harvard Business School professor William A. Sahlman on Thursday.

Thiel, who focused on themes from his new book, “Zero to One: Notes on Startups, or How to Build the Future,” addressed an audience of MBA students and other members of the Business School community on topics ranging from venture capitalism and social entrepreneurship to higher education and the future of Massive Open Online Courses. The event was hosted by the Business School’s Arthur Rock Center for Entrepreneurship, which facilitates faculty research and student and alumni entrepreneurship within the school. 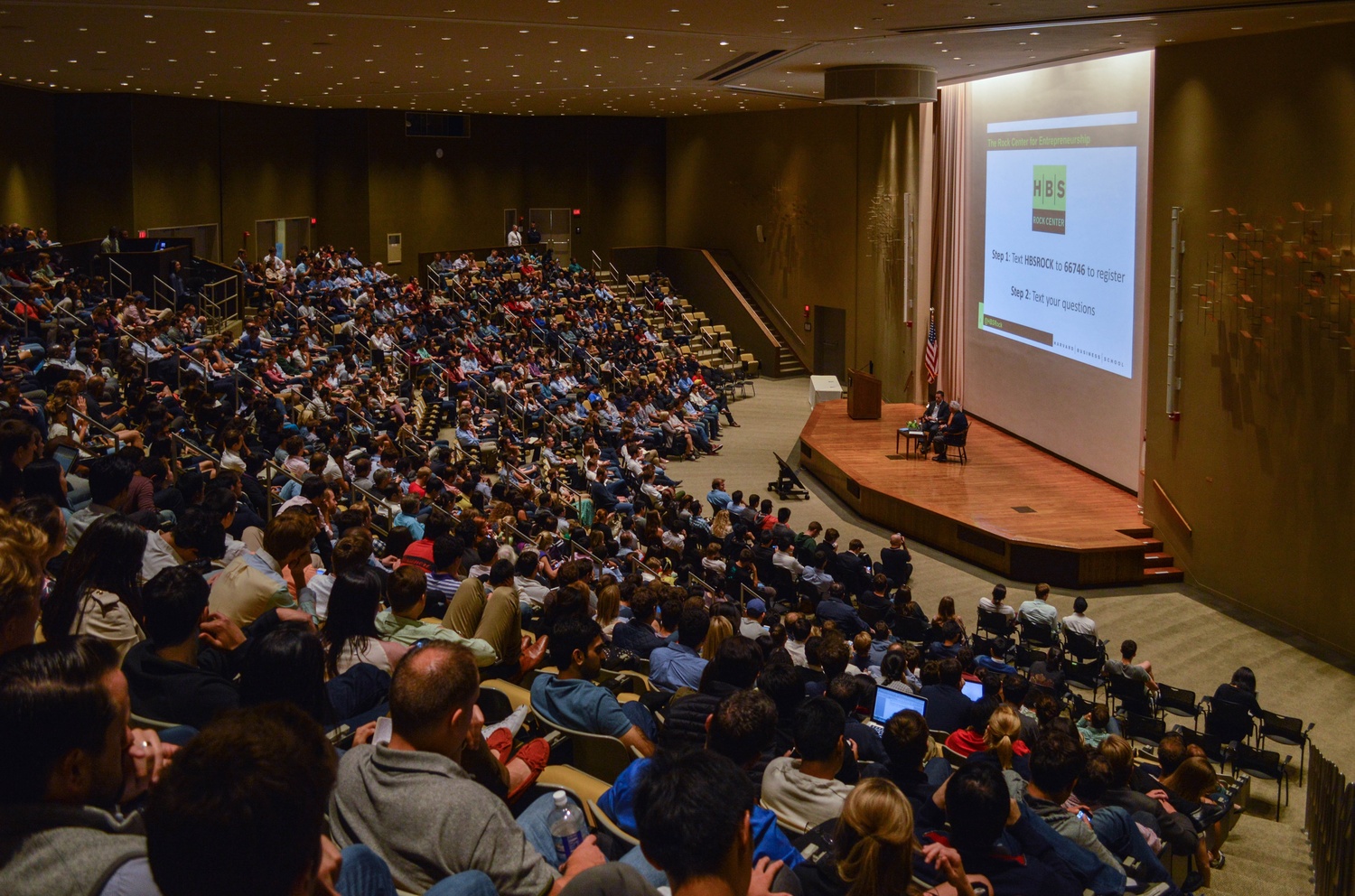 In his book, Thiel writes that the success of the most renowned entrepreneurs such as Mark E. Zuckerberg or Elon R. Musk, founder of SpaceX and Tesla Motors, is rooted in their ability to develop and scale radical ideas that oppose the conventional norms of the time.

“Copying others takes the world from 1 to n, adding more of something familiar. Every time we create something new, we go from 0 to 1,” the book’s website reads. “The act of creation is singular, as is the moment of creation, and the result is something fresh and strange.”

During Thursday’s conversation, Thiel addressed a variety of topics within entrepreneurship, technology, and management. Emphasizing the core thesis of his book, he offered that successful capitalists ought not to seek to compete, but rather ought to seek to form their own distinct, niche markets.

“I think people make way too much of the size of the markets,” he said. “Whereas, if you’re a startup, you have to start with this very small market, and you want to dominate that market fast. Facebook started at Harvard, it was 10,000 people, and it got from 0 to 60 percent market share in 10 days.”

Thiel also addressed the gender and race disparity within Silicon Valley, in which Hispanic and black employees, and particularly females, comprise a low percentage of the workforce. Despite many proposed solutions focused on recruiting more minority and female engineers and executives, Thiel said that more needs to be done to attract female and minority founders.

When the conversation shifted to the future of education—particularly, the future of online education—Thiel projected that while many institutions of higher education were threatened by advancements in virtual education, the most competitive universities, such as Harvard, would largely remain secure.

“In this tournament of top schools, you have, supposedly, insurance that they don’t offer anywhere else,” he said. “So I think that MOOCs will be able to replace the other schools, but not these top schools. I think that Harvard is a much safer place than it thinks.”

If Harvard was business and Thiel in control, he said he would capitalize on the University’s brand and expand its geographic reach.

“[Harvard has] a great brand,” he said. “Probably what I would do is to expand that franchise as quickly and broadly as possible.”