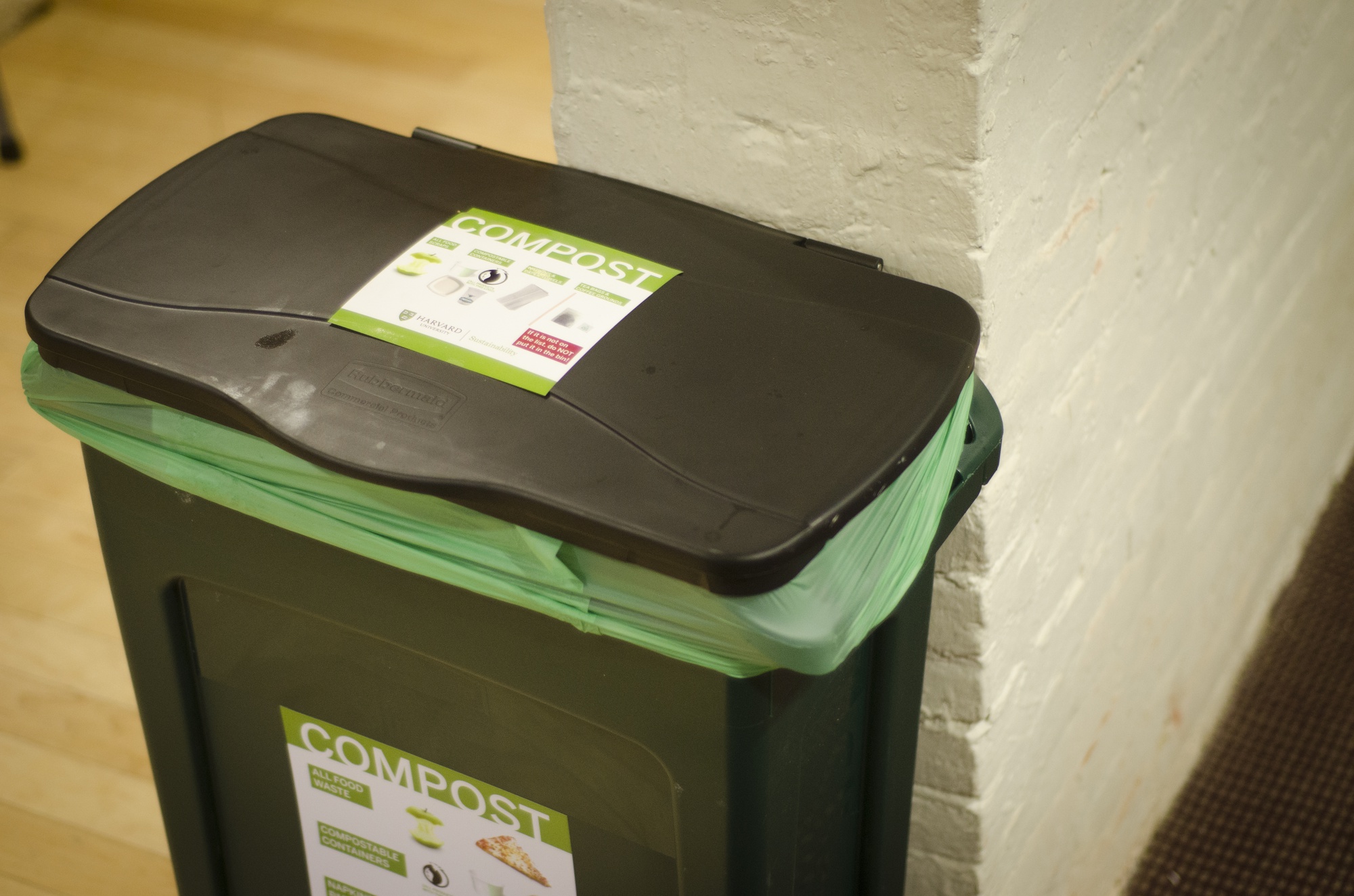 Compost bins, like the one shown above in Thayer Hall, have been placed in all of the freshman dormitories as part of a new waste-diversion program.
By Kristina D. Lorch, Crimson Staff Writer

Following a successful student-run pilot program last spring, several offices across the College have collaborated to roll out a comprehensive residential composting program in all 17 freshman dormitories.

Green ’17, a group of students from the Class of 2017 focused on sustainability issues on campus, first spearheaded the composting initiative, after running a pilot program in which they personally transported compost from Mower and Greenough Halls to dining halls three times a week. 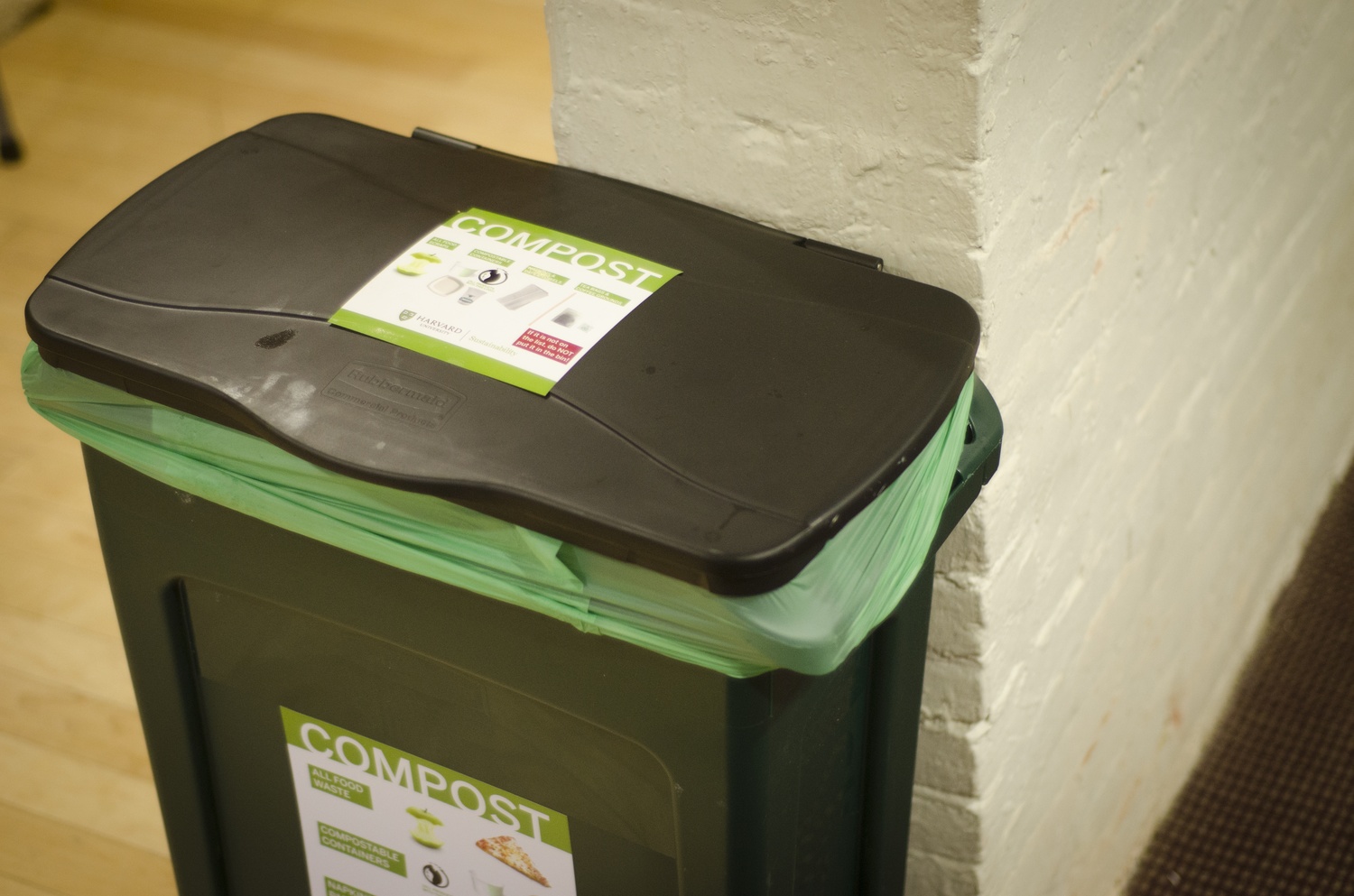 When the program proved popular among students, Green ’17 then worked to develop a larger-scale initiative. The students worked with the Freshman Dean's Office, the Faculty of Arts and Sciences’ Green Program and Office of Physical Resources and Planning, the Office of Sustainability, and Harvard Recycling.

Dorm Crew deployed more than 600 specially marked compost pails to individual suites across the freshman dormitories over the summer. Freshmen can deposit organic waste into these pails and are responsible for bringing the compost to the trash rooms or kitchens in their dorms. Students can decide whether or not to participate in the program.

Once collected, the compost is taken to a compost farm off campus. This compost is eventually sold to other organic farms that produce food purchased by HUDS.

“About 30 percent of the waste Harvard students produce is organic, compostable matter,” said Cliff F. W. Goertemiller ’17, co-head of Green ’17. He said that the pilot program indicated that a larger initiative could be successful.

“We knew that people could [compost], and we knew people would use it,” he said.

Kelsey Grab, residential coordinator for the Undergraduate Resource Efficiency Program and an advisor for the Green Team program, praised the composting initiative.

“We’re going to divert literally tons of waste, and it’s going to improve the University in so many ways,” she said. “It’s setting a model.”

The Green Team, a group of undergraduate representatives who will monitor the initiative’s progress, will collect data throughout the year to improve the program for the future.

Steven B. Tan '18 said that he believes the composting program is an effortless way to protect the environment.

“It’s the first time I’ve been introduced to such sustainability measures, but [the compost program] is integrated very well into our daily lives,” he said.

Goertemiller, who said the program has generated “almost uniformly” positive feedback, said that the group hopes to expand the initiative.

“The ultimate goal would be that every single dorm suite at Harvard would have a compost bin,” he said.

Grab added that since the launch of the composting program, many upperclassman students have conveyed interest in implementing a similar program in their House.