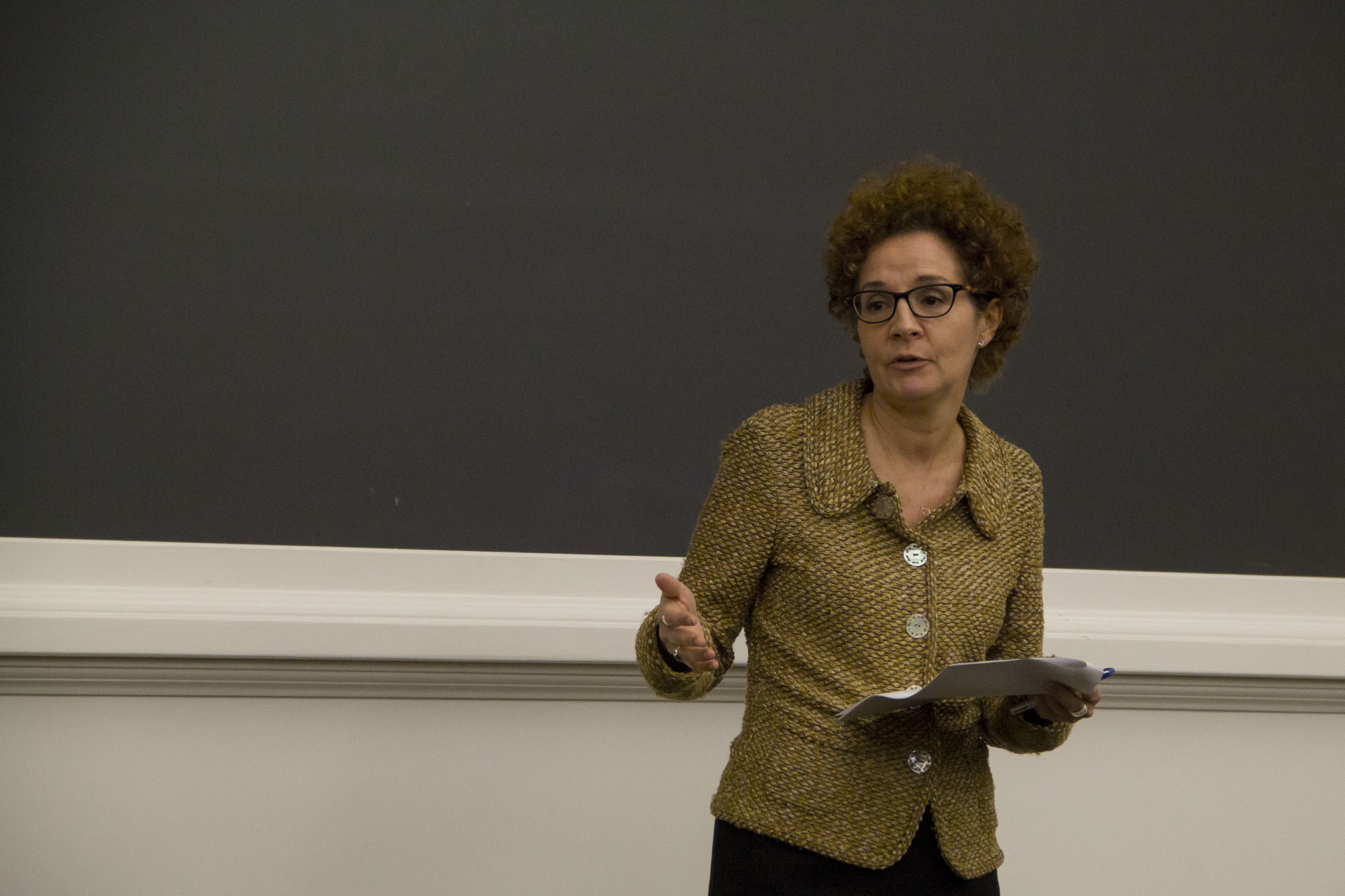 The working group that crafted Harvard’s newly centralized sexual harassment policy and accompanying procedures did not anticipate that individual schools would deviate from those procedures to the extent Harvard Law School may, according to University Title IX Officer Mia Karvonides.

Karvonides led the group that created Harvard’s new approach for approaching sexaul assault complaints, which in July established a standardized set of procedures under which a centralized office would investigate complaints of alleged sexual harassment against students across the entire University. That office, the Office for Sexual and Gender-Based Dispute Resolution, makes a determination of guilt while individual schools handle discipline.

But in December, Harvard Law School moved to depart from those central procedures, approving a set of their own that would allow the school to investigate their own sexual harassment complaints, cutting ODR out of the process entirely. Those policies are pending approval from the U.S. Department of Education as part of an agreement with the government after it found the Law School in violation of Title IX in late December. 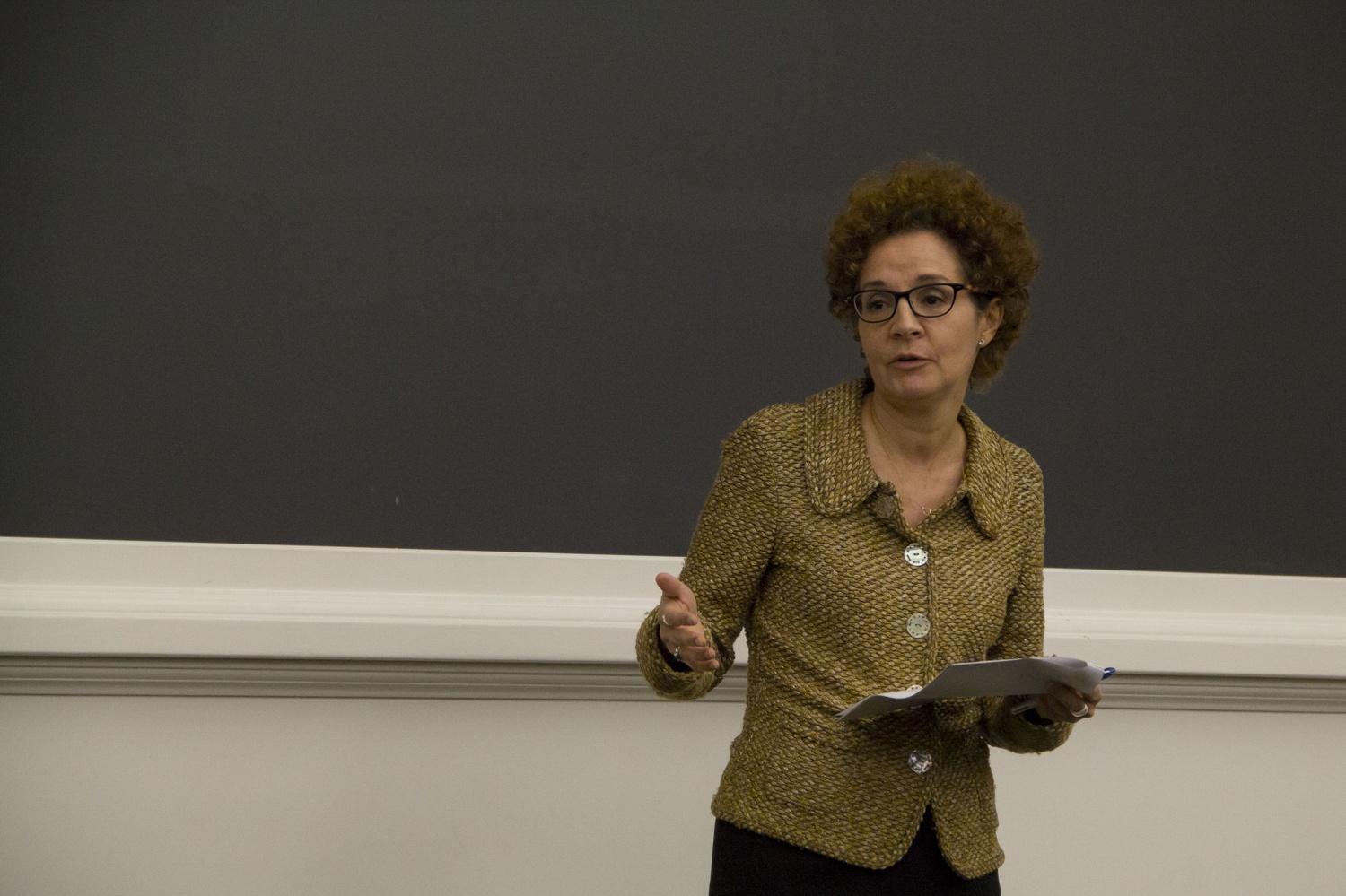 Despite the Law School’s actions, Karvonides, speaking in her first interview with The Crimson since the Law School Title IX finding, said she does not expect other schools at Harvard to follow suit.

“I don’t think that the working group really contemplated that one school would go across, go a different way," Karvonides said, adding that she thinks the Law School’s approach to handling sexual assault complaints historically differs most from other schools.

According to Karvonides, in the fall semester alone, ODR initiated between 6 and 12 cases, more investigations into cases of alleged sexual harassment against students than the total figure across the University during the 2013-2014 academic year.

Karvonides would not specify whether ODR, which she said is still looking to fill two full-time investigator positions, has completed any investigations.

The Law School’s adoption of its pending procedures went through several levels of discussion before approval. University President Drew G. Faust and University General Counsel Robert W. Iuliano ’83 granted Dean of the Law School Martha L. Minow permission to set up a faculty committee for developing school-specific procedures after the new central policy was unveiled, according to University spokesperson Jeff Neal. That decision came after “broad consultation that included discussions with the Council of Deans, among many others,” Neal wrote in an emailed statement.

Karvonides said she offered background information about Title IX and her experience handling cases to John C. Coates, a Law School professor who headed the faculty committee that wrote the school’s pending procedures. The ultimate decision to allow a school to develop its own specific procedures is beyond her authority, she said.

Major differences between the University-wide procedures and the Law School-specific ones include the Law School’s pending incorporation of hearings into the adjudication process and a potentially larger role for attorneys.

Karvonides said that the working group that designed the University-wide policy and procedures intentionally focused on creating a model where investigators could hear directly from complainants and respondents. Under the central procedures, personal advisers cannot speak on behalf of their advisees during interviews with investigators. The pending Law School procedures, however, allow a student’s adviser or attorney to “participate in the conversation” with investigators.

The Law School’s departure from central Title IX procedures follows sharp faculty criticism of those central procedures. In October, a group of Law School professors submitted a letter to The Boston Globe arguing that the University’s central sexual assault policy and procedures were ill-conceived, “overwhelmingly stacked against the accused,” and undermine the authority of individual schools across the University.

Karvonides, however, maintains that ODR staff are properly handling all investigations and that schools have been pleased by its work.

“I think [schools] appreciate the level of thoroughness, the level of expertise that is being brought to bear, the level of communication and coordination so there are no surprises for folks, the sensitivity, and the parity that we are providing to the parties,” Karvonides said.

A separate federal investigation into the College’s Title IX compliance is still underway.

Harvard spokesperson Tania deLuzuriaga was present during The Crimson’s interview with Karvonides.