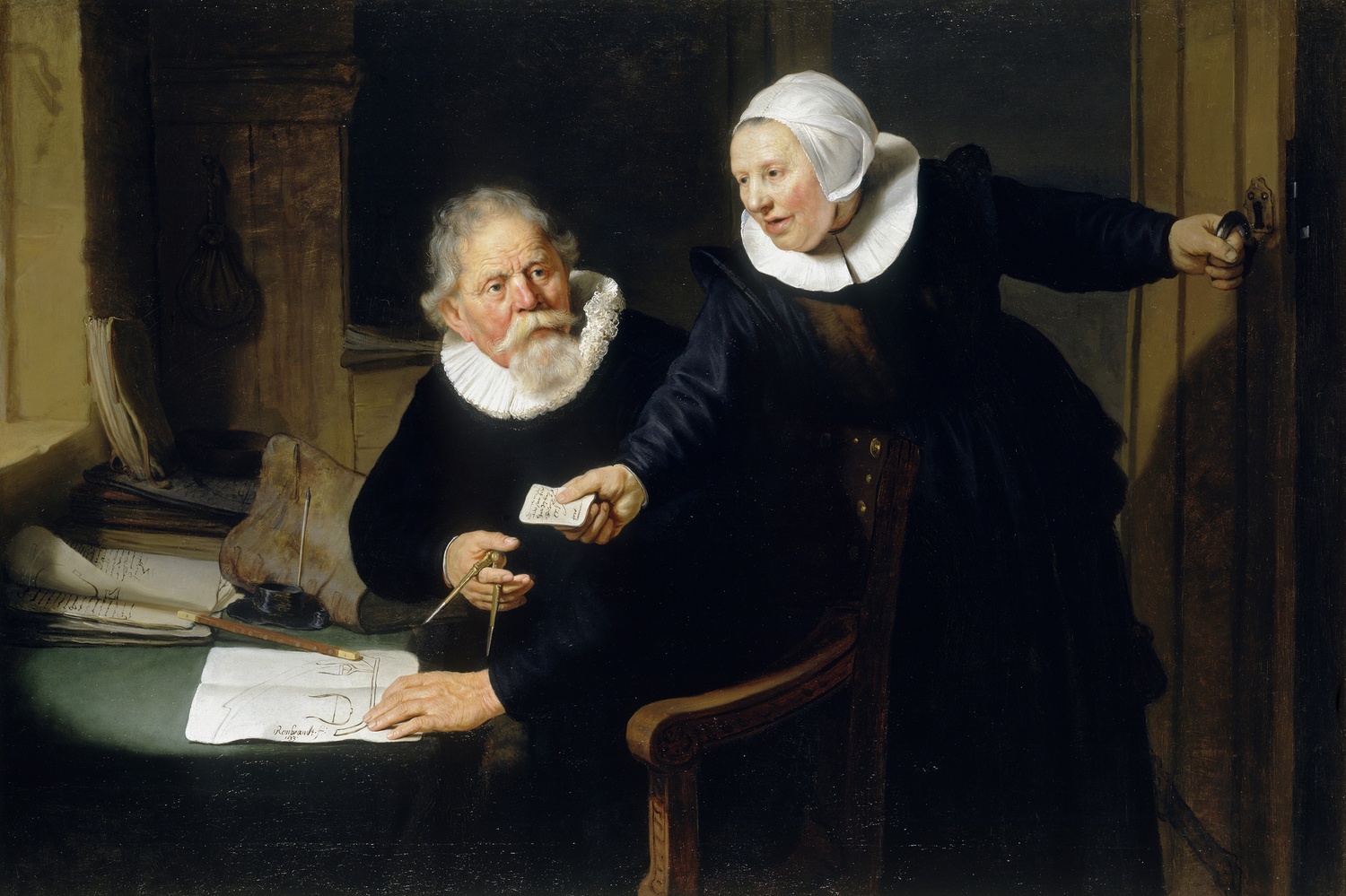 The canvasses in “Class Distinctions: Dutch Painting in the Age of Rembrandt and Vermeer,” with their umber depths and their silent figures in light, impart a timeless warmth. But as the exhibition reminds viewers, this apparent simplicity belies the artists’ attentiveness to the times. Each painting is also a depiction, assessment, and reimagination of social differences in the 17th-century Netherlands. The show, on view Oct. 11-Jan. 18 at the Boston Museum of Fine Arts, innovatively unites 75 superb genre scenes, portraits, and landscapes presenting individuals of different classes. MFA curator Ronni Baer obtained 73 of the works on loan from collections across Europe and North America. Nearly a third are being shown for the first time in the U.S., and additionally, several are lesser-known masterpieces from the likes of Frans Hals, Rembrandt Van Rijn, Johannes Vermeer, Jan Steen, and Gerrit Dou. Even more impressive than their novelty is the freshness of their arrangement. Neighboring works from different artists complement or complicate each other’s observations on class. Together they offer a nuanced investigation into the rise of a bourgeoisie created by global trade and a sympathetic meditation on striving to improve, maintain, or accept one’s class identity.

The exhibition flows through four main rooms with thoughtfully-placed artworks that break up each room into areas of instructive micro-narratives. It starts with “The Upper Classes” near the entrance, which features massive tableaus of nobles, rich merchants, and government officials. Next the exhibit moves to “The Middle Classes” in the large center space as it becomes a cornucopia of smaller images of guildsmen, professionals, and well-off women and families. Then the show comes to “The Lower Classes,” a smaller room with scenes of public charity-giving to the poor. The final area, “Where the Classes Meet,” includes scenes of class intersection: street musicians at the door of the rich, a country fair, and all classes skating on a winter pond. Thus the exhibition presents many insights on the macro-trend of a declining nobility and rising upstart group, though the primary appeal of these works remains their visual charm.

It is representations of newly privileged members of Dutch 17th-century society which best reflect this characteristic beauty of the golden age. Paintings of nobles are among the dimmer lights in the exhibition—with the exception of Anthony van Dyck’s magnificent “Portrait of Frederik Hendrik”—because nobles, whose social identities were assured, did not care to hire painters who would best present their image. By contrast, in Vermeer’s beautiful “A Lady Writing” and “The Astronomer,” the subjects wear the latest fashions—the astronomer, for instance, wears an imported Japanese robe—rather than traditional aristocratic garb, indicating a more recent ascent to wealth. Everyone with a modicum of income could afford to buy paintings, and the joy of having just acquired privilege animates these works: From the nouveau riche, with their arriviste pretensions so wonderfully depicted in Frans Hals’s and Rembrandt’s stout full-length heavy portraits, to soldiers, priests, and notaries, to the industrious barber-surgeons, tailors, bakers, and grocers in Dou and others, to Nicolaes Mae’s female lacemaker and Pieter de Hooch’s housemaids, and finally a well-paid prostitute, each is in turn given their industrious glow. Even paintings in the lower-class room constitute another, indirect portrait of the bourgeoisie: They feature an urban group known as the “worthy poor,” receiving alms from the affluent citizens who were recording their generosity in the commissioned paintings. The poor were always shown as a function of the upper-middle class’s self-conception rather than their own need to be seen.

On the whole Baer’s chosen works are tolerant of social climbers, even as they gently mock them. While the exhibit includes some scenes of peasants, soldiers, and poor men looking drunk and disordered, the show omits more dubious Dutch figures: rogues, thieves, wooers, philanderers, and other would-be transgressors of the class boundaries. Even the prostitute, for all the flagrancy of her bared breasts and her brandished coin of payment, looks a bit reined in; her mouth is closed rather than lewdly hanging open, and she is contained by her seated posture. The prostitute has been admitted to the company of the respectables in the middle-class room. Everyone’s pretensions are recorded, but in this exhibition, nobody’s are condemned.

While the paintings can be seen as a paean to the bourgeois, and some were certainly intended as such, they are as much a reflection on the challenges to that nascent identity. In Rembrandt’s “The Shipbuilder and his Wife,” which is the heart of the show, the slightly troubled look on the working husband’s face may be a sign of this anxiety. Not all is well in this auspicious new old world; without care, one’s hard-earned position could fall. Paintings like this capture an age whose social dynamism, if not its exact structure, poignantly reflects our own world’s complexities, gains, and losses.

—Staff writer Victoria Zhuang can be reached at victoria.zhuang@thecrimson.com.