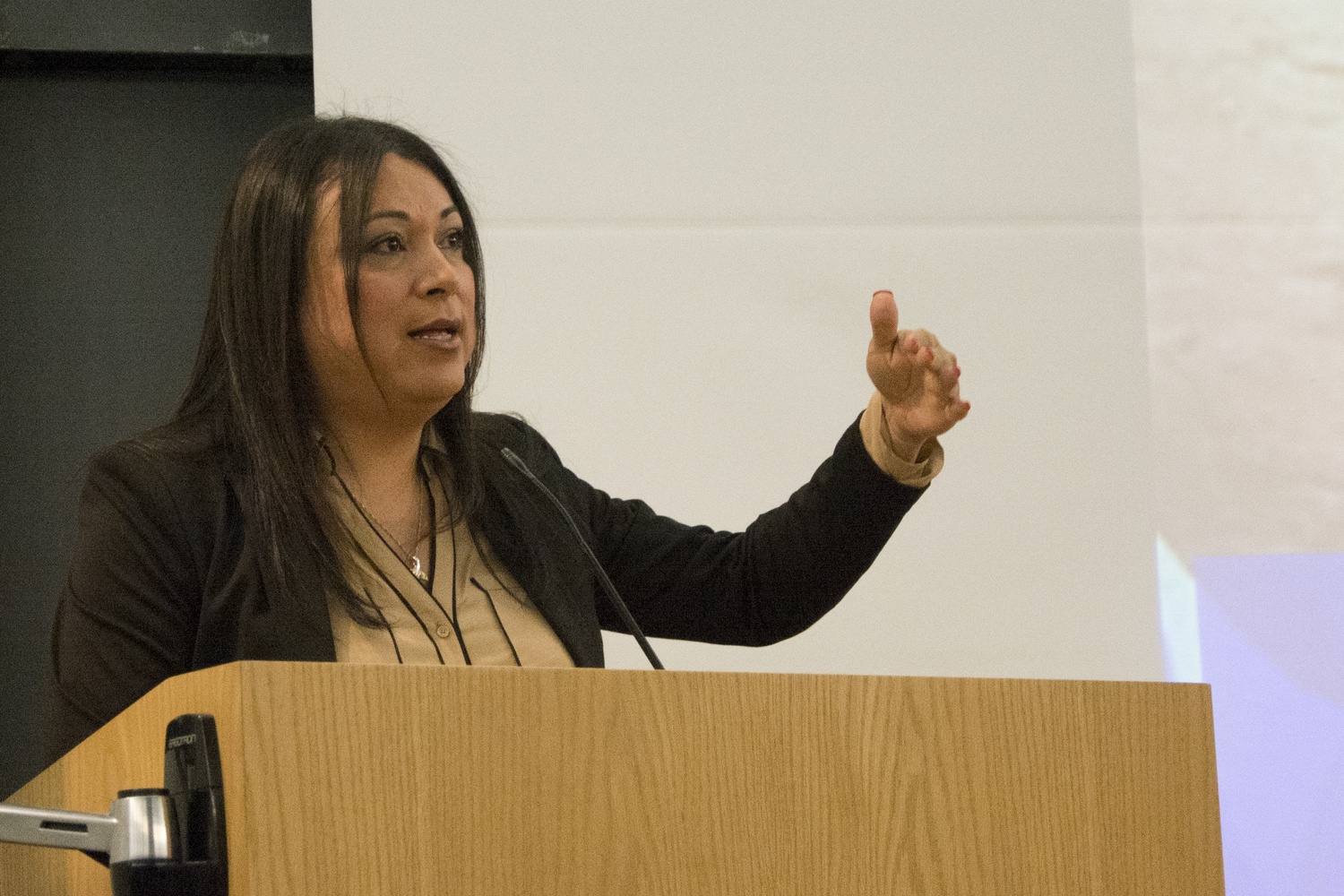 BGLTQ activist Jennicet Gutiérrez addresses an audience at the Yenching Auditorium on Monday evening. In her speech, Gutiérrez recounted her experiences as a transgender woman of color and advocate. By Danielle T. Green
By Aditya Agrawal and Kristina D. Lorch, Crimson Staff Writers

Jennicet Gutiérrez, the transgender activist who interrupted President Barack Obama at a White House event in June, shared her experience immigrating to the U.S. and advocating for undocumented BGLTQ immigrants at Harvard on Monday.

Gutiérrez said interrupting Obama was intentional. She planned the move about a week in advance, when colleagues from the organization she co-founded, Familia: Trans Queer Liberation Movement, reached out to her.

When her colleagues asked if she would be willing to interrupt Obama, “without hesitation I said 'yes,'” Gutiérrez said. “As an activist, I wasn’t really concerned about respecting politics… At the moment, I wanted to raise my voice.”

Salvatore R. DeFrancesco ’19 said he was impressed by Gutiérrez’s willingness to “stand up for what she believed in” and then come speak to Harvard students about it.

“I was fascinated by how she spoke about all the transgender immigrants who are detained in facilities,” DeFrancesco said. “No one really talks about that.”

“The question-answer session was really eye opening and had a lot of profound statistics about what’s happening to that community,” Alea G. Challenger ’19 said.

—Staff writer Kristina D. Lorch can be reached at kristina.lorch@thecrimson.com.