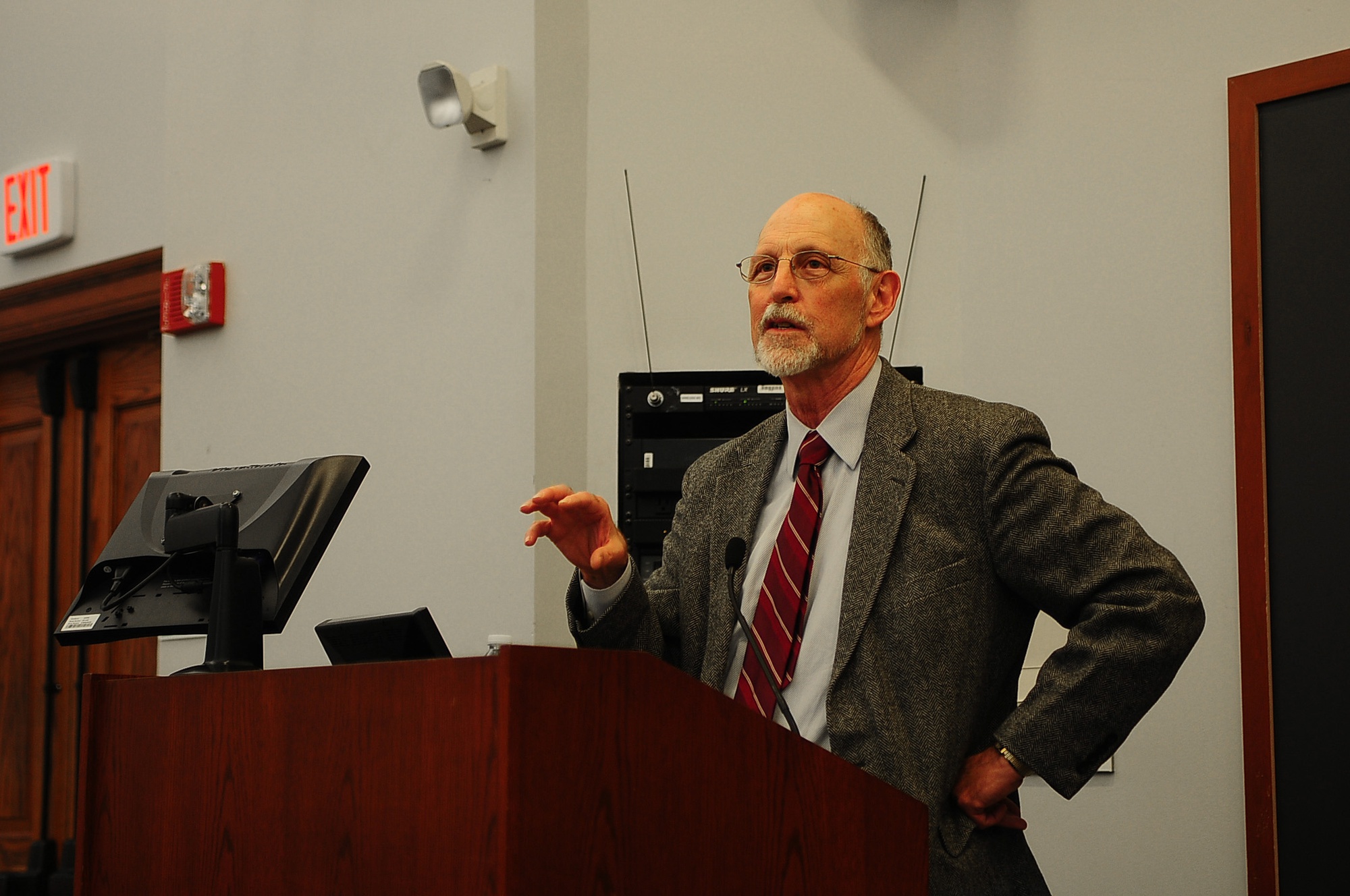 Interim Dean of the College Donald H. Pfister shares his thoughts on the importance of building a supportive community within the world of academia during a panel last fall.
By Noah J. Delwiche, Crimson Staff Writer

Although the committee has yet to meet, its finalized membership will include professors from schools across Harvard and some students, who will represent the College, graduate schools, and professional schools, respectively, according to Donald H. Pfister, the former interim dean of the College and chair of the committee.

The committee is forming as constituents on campus continue to debate Harvard’s handling of sexual assault, even a year after it overhauled its approach to the issue by creating a new policy and a central office to investigate and adjudicate complaints.

Undergraduates, for their part, have criticized administrators for what they say was a lack of student involvement in the policy’s formation. Professors at Harvard Law School, meanwhile, have publicly lambasted the University’s approach to the issue, alleging that the policies are biased against the accused. The Law School even adopted its own alternative process for hearing student complaints, rather than follow the University's.

Beyond conversations about Harvard’s policies, this semester has been characterized by heightened attention to the prevalence of sexual assault on campus and the environment at the College. Late last month, Harvard released the results of its sexual conduct climate survey, which found that 31 percent of senior women at the College surveyed had experienced some kind of sexual misconduct during their time there—a figure administrators deemed “deeply troubling.” It also demonstrated a widespread lack of student knowledge of and trust in Harvard’s Title IX procedures.

Administrators continue to host town hall meetings in response to the survey’s release.

The policy review committee, Pfister said, will specifically focus on evaluating the implementation of the University’s new policy and procedures, which administrators released in July 2014.

“The idea is that there’s so far... been limited implementation of policies and so forth, and it’s a good time to look and see how those are working,” Pfister said.

Other University committee have previously focused on Title IX policy at the Faculty of Arts and Sciences—which includes the College—and sexual assault prevention.

Pfister said his committee will review various data on the issue. In an interview earlier this month, University Title IX Officer Mia Karvonides said the policy review committee will receive “much more specific data” from the Office for Sexual and Gender-Based Dispute Resolution, the University’s central office that investigates most sexual harassment cases.

According to Karvonides, the office has heard between 25 and 30 cases since it opened last fall. Committee members will likely examine the office’s actual caseload, albeit in a way that maintains confidentiality, meaning it may be less detailed, Karvonides said.

Pfister, a systematic botany professor who led Harvard College in 2013-2014 to praise from students, described the committee’s agenda as “broad” at this point, but said members will convene “pretty soon.” He said members have not yet settled on how frequently they will meet, but that they will want to gather at least twice a semester.

As the group moves to convene, administrators at ODR are still offering more policy information. Last week, administrators released a supplementary document in an attempt to clarify the existing policies. Among other points, the document further detailed protections for freedom of speech in the classroom and specified that ODR designates case appeals to a group of faculty members and senior administrators.

Some Law School professors praised the document, while some undergraduates called it “totally inaccessible.”