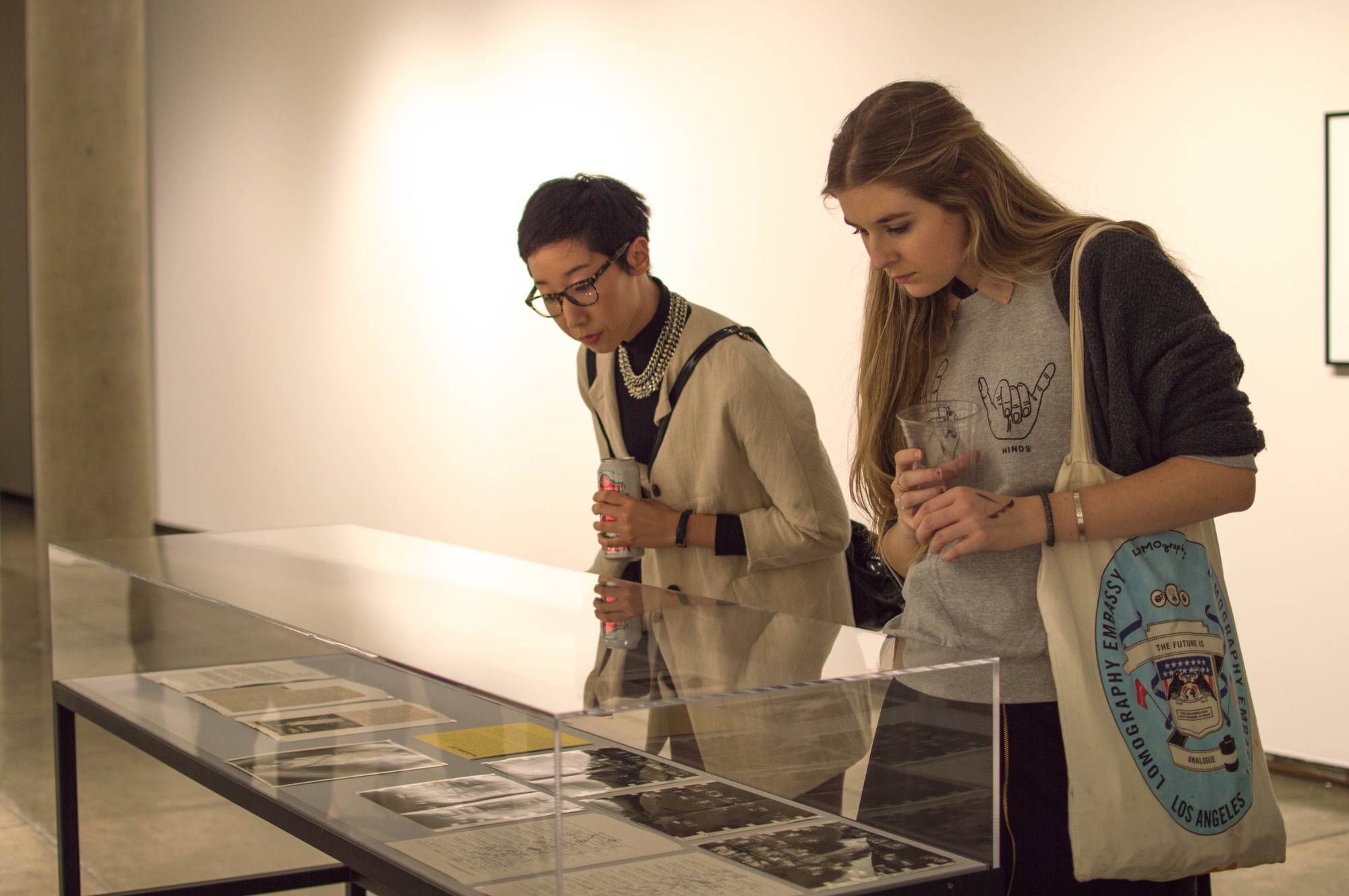 O’Grady, a New York based conceptual artist, and Nashat, a Swiss visual artist and sculptor were both present at the opening and greeted attendees. 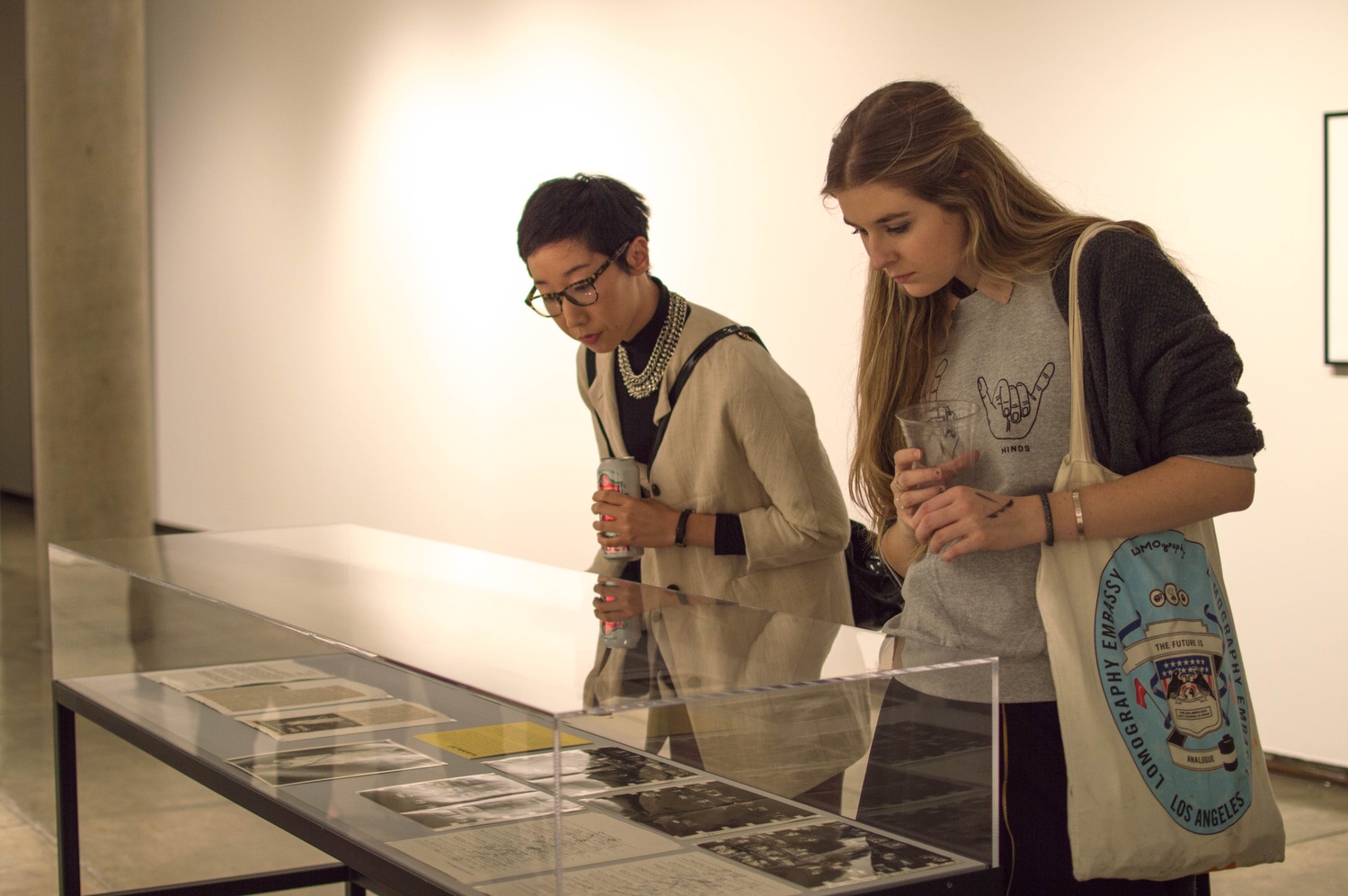 O’Grady’s exhibit included a variety of media such as photo-montages, photographic diptychs, film, and writing. It featured a photographic diptych of the 19th century poet Charles Baudelaire and American pop star Michael Jackson. The piece was titled “The First and the Last Modernists.”

The exhibit also provided a history of the O’Grady’s life as an artist by displaying archival documents about her entrance into the art world as Mlle Bourgeoise Noire (Miss Black Middle-Class).

O’Grady said that her work uses juxtapositions of cultural elements and dichotomies to challenge preconceived social constructs and power dynamics.

“I used the diptychs to establish equality between things that are totally disparate,” she said.

O’Grady added that she did not have a set process of making art.

“Whatever the medium is, I learn enough about it to make a piece,” she said.

Nashat’s “Skins and Stand-ins” drew attention to the human body. His film Hustle in Hand featured short clips of ordinary human activity, such as eating and exchanging money, that varied slightly with each repetition. The film was projected onto a wall assembled specifically for the video.

The exhibit also included Two Thighs Rooted in Marble. The sculpture, which was composed of two brass rods fixed in a block of marble, presented an abstract view of the body.

James Voorhies, the director of the Carpenter Center, highlighted the fact that both exhibits explore a variety of mediums.