Civil Rights Lawyer Defends Use of Race in Harvard Admissions 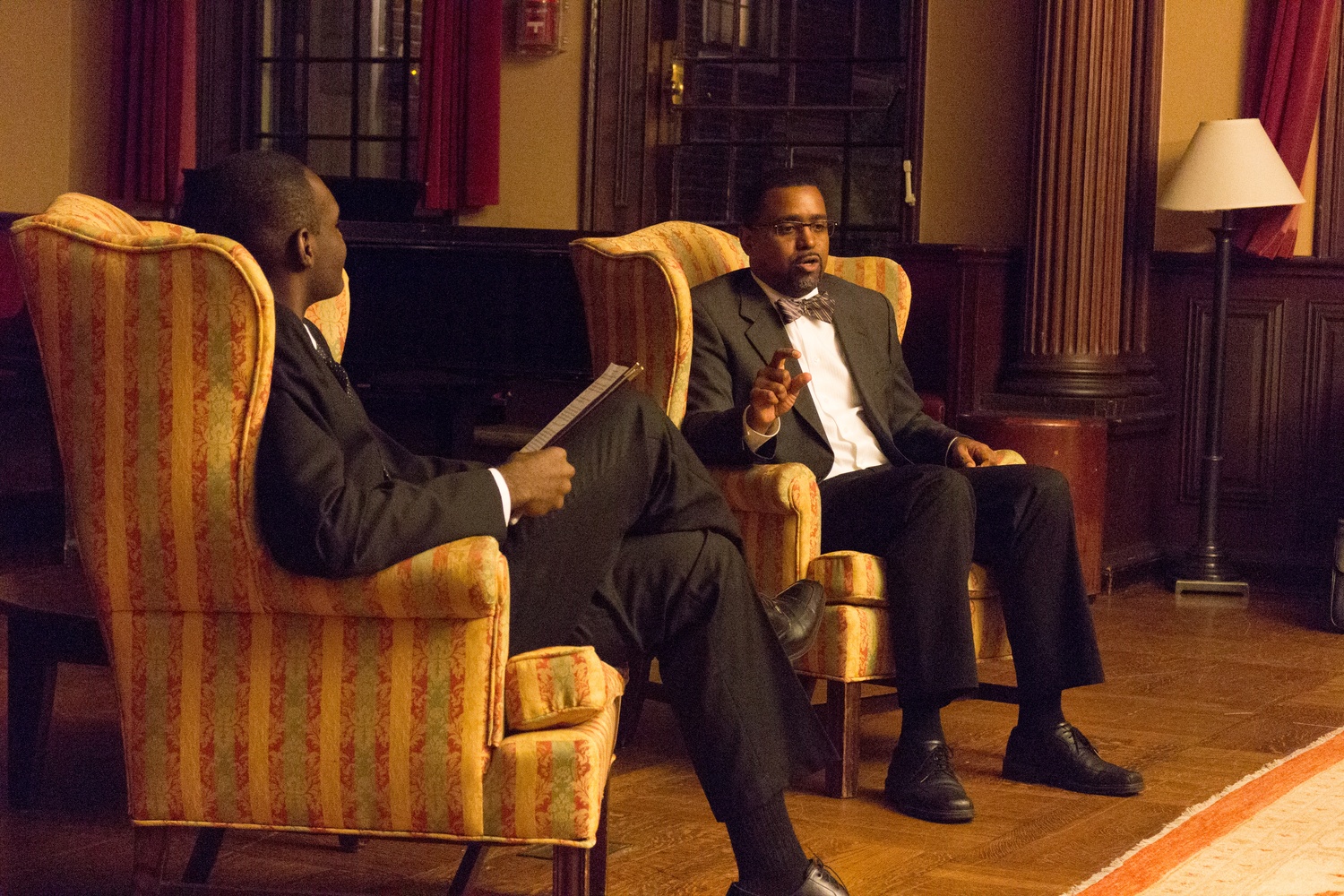 Rahsaan D. Hall, the racial justice program director at the American Civil Liberties Union of Massachusetts who defended Harvard’s consideration of race as a factor in its admissions processes, spoke of his law career to students Tuesday evening. Hall’s defense comes in light of a lawsuit against the University claiming that its affirmative action policies discriminate against Asian-American applicants.

Prior to joining the ACLU this summer, Hall was the deputy director of the Lawyers’ Committee for Civil Rights and Economic Justice, a pro bono legal group that filed a motion to intervene in the lawsuit on behalf of Harvard. The group’s intervention cited as its movants nine prospective and five current Harvard students who stated an interest in “living and studying in a racially diverse environment.”

Speaking to an audience of about a dozen students in Winthrop House’s Junior Common Room, Hall maintained that Harvard’s holistic admissions processes were in compliance with the legal precedent set by the Supreme Court.

“There is a benefit to having a diverse, colorful, unique student population,” Hall said. “Yes, it’s Harvard; yes, you want the best and brightest, but SAT, GPA, and class rank are not the only determiners of who that is.”

While the Lawyer’s Committee was denied the ability to formally intervene, Hall said that the group was awarded amicus status, allowing them to file relevant briefs for the consideration of the court.

Hall also discussed a number of other social and political justice issues that he had encountered in his law career. Commenting on voter identification laws, Hall questioned whether statistical evidence supports the prevalence of voter fraud.

“People have a greater likelihood of being struck by lightning than someone impersonating another person at the polls,” said Hall, who has worked on cases about voter registration. “The whole notion of the ‘voter integrity movement’ is a ruse to get to the real issue of denying people, most of whom are inclined to vote progressively, access to the polls.”

Recalling some of the most memorable trials he has worked on, Hall described one homicide case in which a 17-year-old boy was convicted of the murder of a 14-year-old following a disagreement over a baseball cap. While his prosecution team won the trial, Hall said he was troubled by the severity of the convicted boy’s punishment.

“At a moment when you think you should celebrate... it was terribly sad because there is a now 19-year-old going to jail for the rest of his life,” he said.

The mother of the killed boy, Hall added, later became an advocate for restorative justice, an approach focused on repairing the harm done to communities instead of punishing offenders.

“That’s pretty powerful to me,” he said.