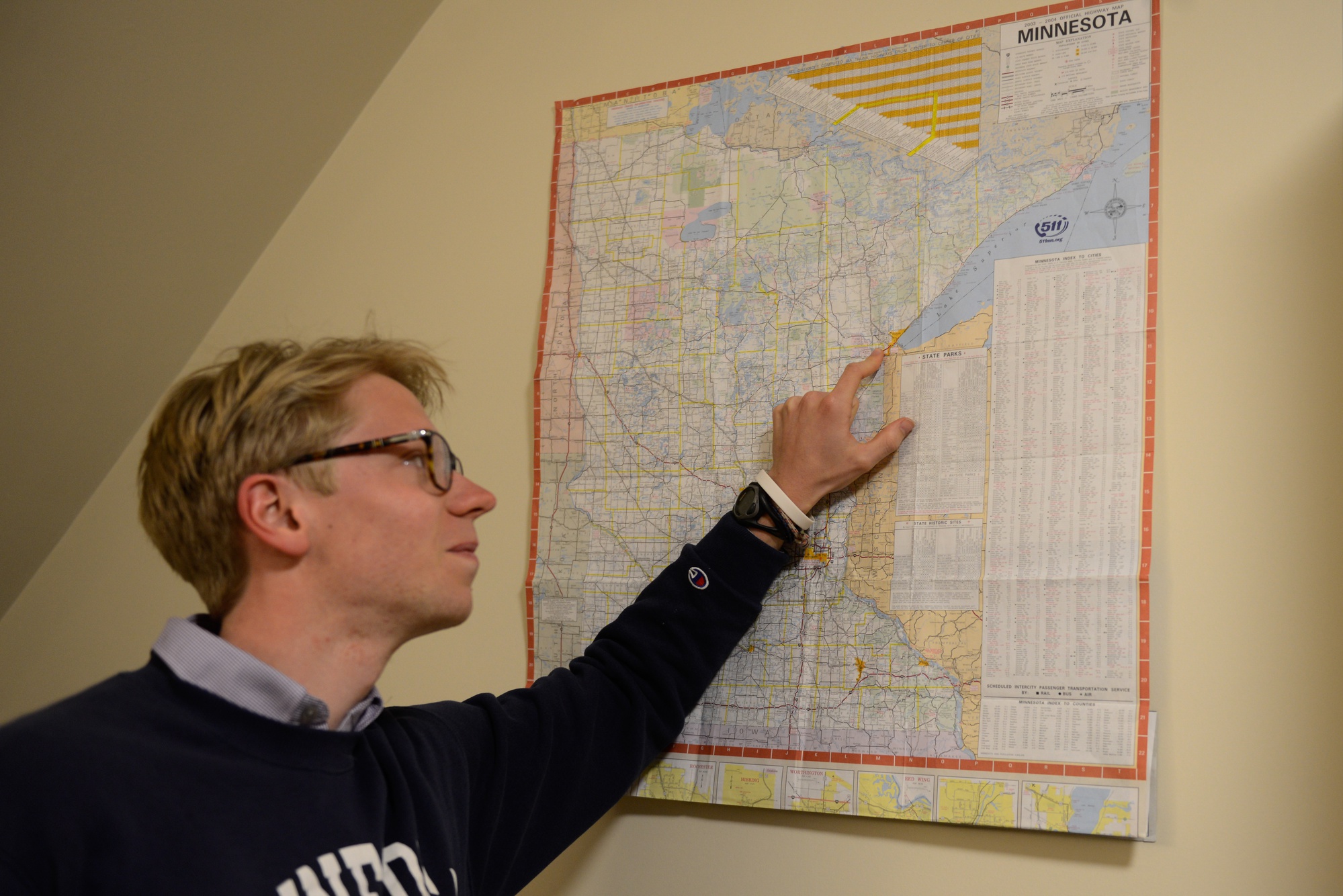 Luke R. Heine '17 shows off his hometown, Duluth, Minn., on a map in his bedroom.
By C. Ramsey Fahs, Crimson Staff Writer

Looking to provide free college admissions advice for students in the Midwest, the Harvard College Midwest Club has created an online college guide and distributed it to thousands of high schools across nine states. 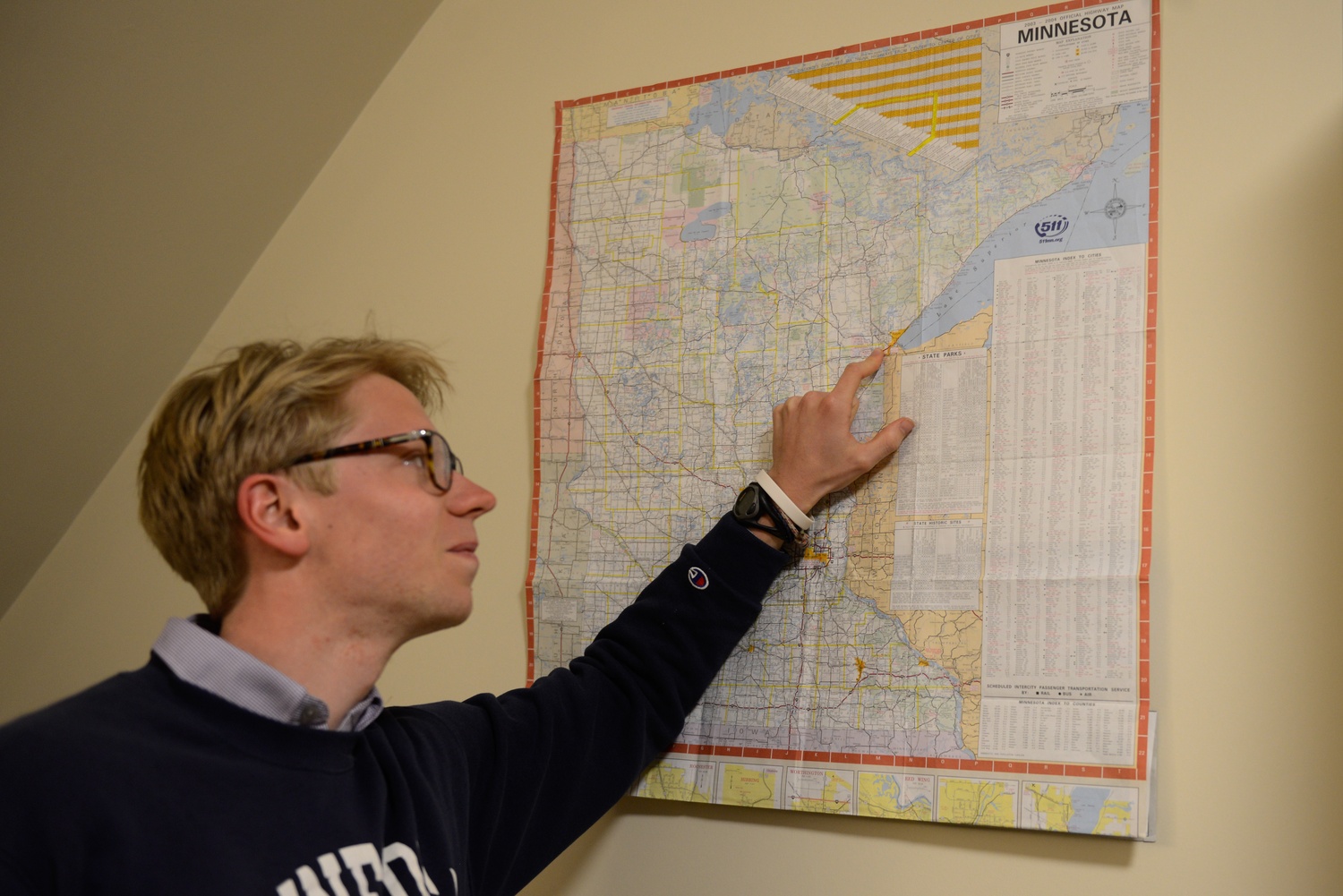 Luke R. Heine '17-18 shows off his hometown, Duluth, Minn., on a map in his bedroom for a FM scrut last year. By Alana M Steinberg

Heine, who is currently taking a semester off in his hometown of Cloquet, Minn., outside Duluth, solicited advice from a list of 200 college counselors at rural Midwestern high schools before writing the guide. It draws heavily from his own experience applying to college, he said.

After he received feedback on a first draft from the same group of counselors, Heine sent the guide out to about 6,000 principals and superintendents of public schools in Minnesota, Iowa, Kansas, Ohio, Missouri, North Dakota, Indiana, Illinois, and Nebraska, whose emails he compiled using a web-scraping script that he wrote.

Shelli Koester, counselor for Crofton High School in Crofton, Neb., said she received the email and now uses the guide regularly. In addition to publicizing the service to students and posting Heine’s guide on the school’s website, Koester said she plans to use the service in a career development class that she teaches.

“One of the things I really like about the site is that it’s written for students, from students, [but] it’s not just a student’s random experience. It’s pretty solid info,” Koester said. “I think information like that is better received from someone closer to [the students’] own age than it is from someone like me.”

Parke P. Muth, a former associate dean of admissions at the University of Virginia, also emphasized the value of a free service like the Midwest Club’s, calling the guide “very useful.” Muth added that many websites offering the same sort of information charge for their services.

Koester said students from rural Midwestern schools are often less likely to consider a place like Harvard in their college search, a phenomenon the College has struggled to address.

“I think a lot of the time in rural schools, and maybe it’s a Midwestern thing, we tend to be pretty narrowly focused in the colleges that we look at,” Koster said, suggesting that the guide “encourages students to stretch and grow and consider things that they may’ve not otherwise considered.”