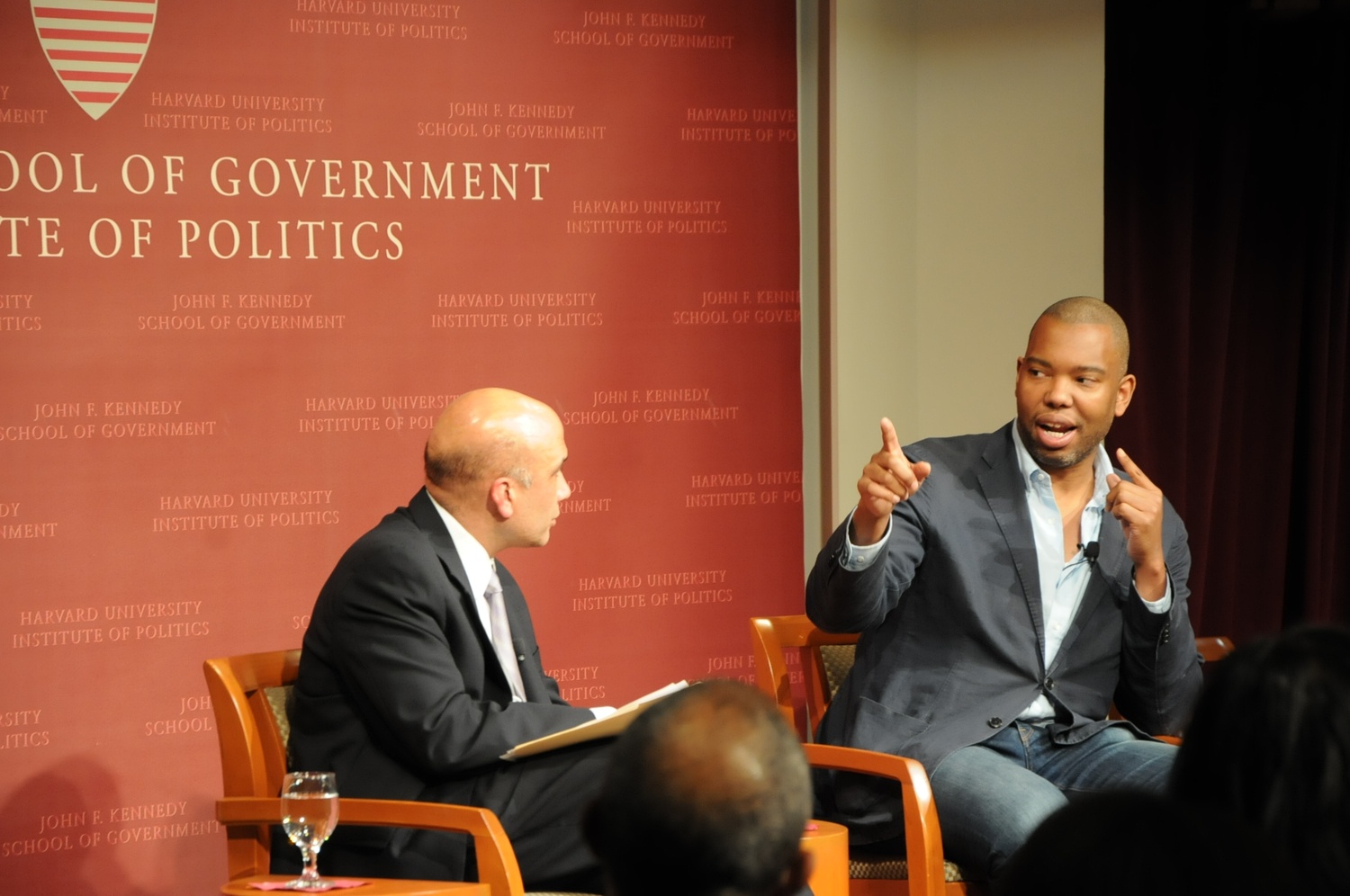 Ta-Nehisi Coates speaks about the hardships of being black in the U.S. Coates was invited to speak at the IOP on Wednesday evening. By Jiwon Joung
Advertisement
Advertisement

Ta-Nehisi Coates at the IOP

His solemnity was, perhaps, to be expected, given the recent surge in student-led protests at universities like Yale and the University of Missouri regarding issues of institutional racism and what protesters contend are hostile academic environments.
By Madison E. Gonzalez

The crowd was, in fact, the biggest the forum has drawn all semester, committee members said afterwards. That came as no surprise; Coates is the bestselling author of “Between the World and Me,” a national correspondent for The Atlantic, and a recipient of the prestigious MacArthur “Genius Grant.”

Still, Coates’s demeanor was both informal and unassuming. Despite his lightheartedness, though, he spoke with a distinct tone of graveness.

His solemnity was, perhaps, to be expected, given the recent surge in student-led protests at universities like Yale and the University of Missouri regarding issues of institutional racism and what protesters contend are hostile academic environments.

Coates described the historical relationship between African Americans and the United States as one of “plunder.” In his most recent book, “Between the World and Me,” Coates writes to his son: The “elevation of the belief in being white” was achieved “through the pillaging of life, liberty, labor, and land; through the flaying of backs; the chaining of limbs; the strangling of dissidents.”

Coates expanded on this notion during his address, stating that black criminality is quite literally written into the Constitution via the Fugitive Slave Clause. He cited disenfranchisement, segregation, and lynching as practices intended to enforce certain norms that enriched white folks while worsening the lives of tax-paying African Americans.

The result of this heritage, according to Coates, is evidenced by the pervasiveness of police violence. Coates implored the audience to question why certain offenses are arrestable in black

neighborhoods and not in the Upper East Side of Manhattan. When a young female student is dragged across the floor by a police officer, we shouldn’t ask what it was that she did, but why law enforcement was in the classroom to begin with.

The crowd was energetic. Audience members hummed solemn affirmations and snapped their fingers intermittently throughout the discussion.

Finally, Coates reached the subject of reparations, and his tone shifted to one of resignation. Decarceration, he thinks, is a pipe dream. In addition to being unattainable, he argued that it would be useless. Even if legislators did decide to drastically reduce the prison population to 1970s levels, formerly incarcerated African Americans would have no option but to return to impoverished communities that have been neglected for the past 40 years.

“It is not enough to just stop wounding someone,” Coates said. “You should actually have to heal them.”

As a Hispanic female, I empathized with Coates when he spoke about fearing for his body. I was raised to be always be conscious of my own body and its vulnerability, taught to be suspicious of men, and trained to be fearful when walking alone at night.

In the context of race, the body takes on a whole new meaning. I’m left with Coates’s stark words playing over in my mind. “Racism is a visceral experience; it dislodges brains, blocks airways, rips muscle, extracts organs, cracks bones, breaks teeth,” Coates told the audience. “You must never look away from this.”