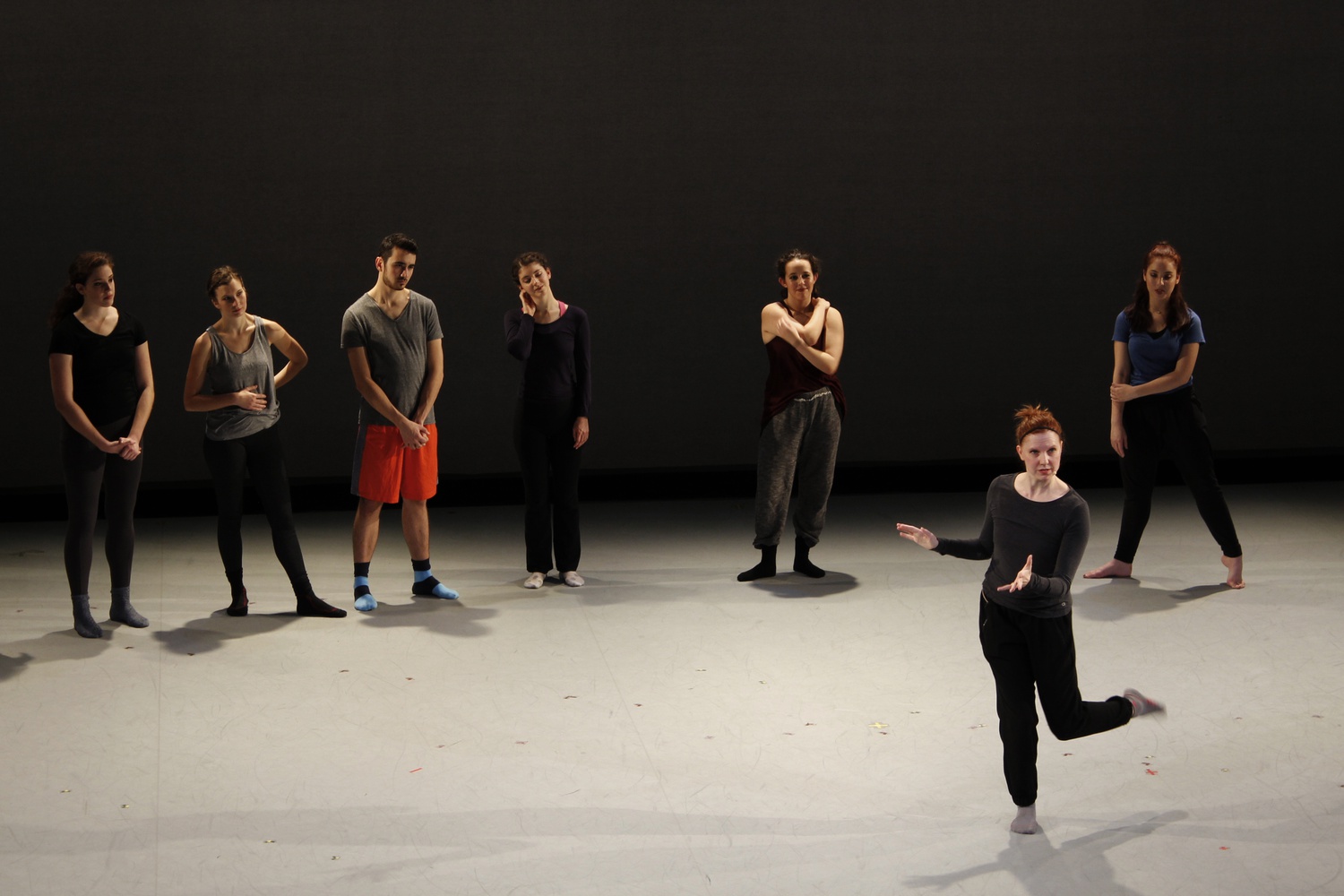 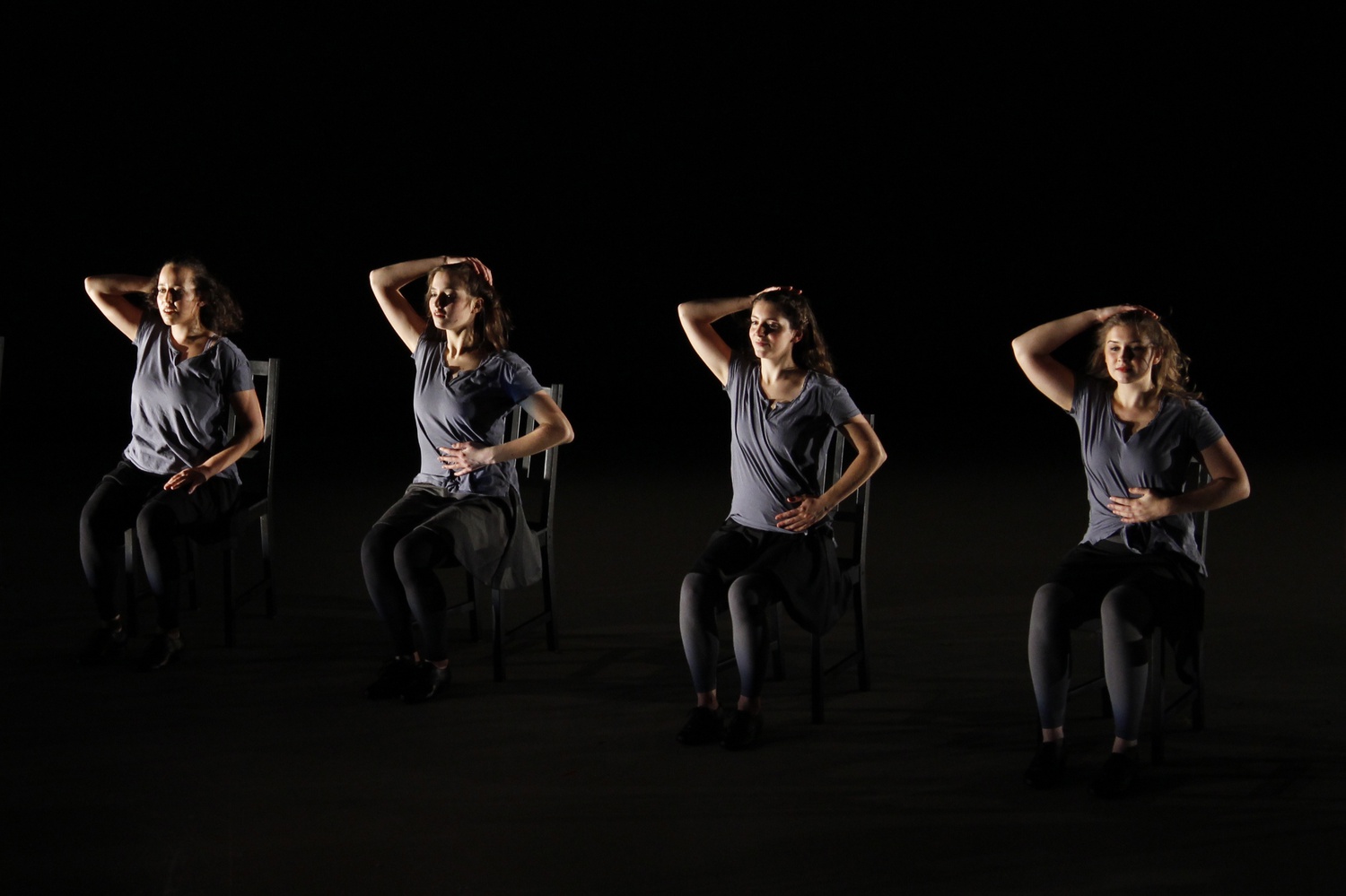 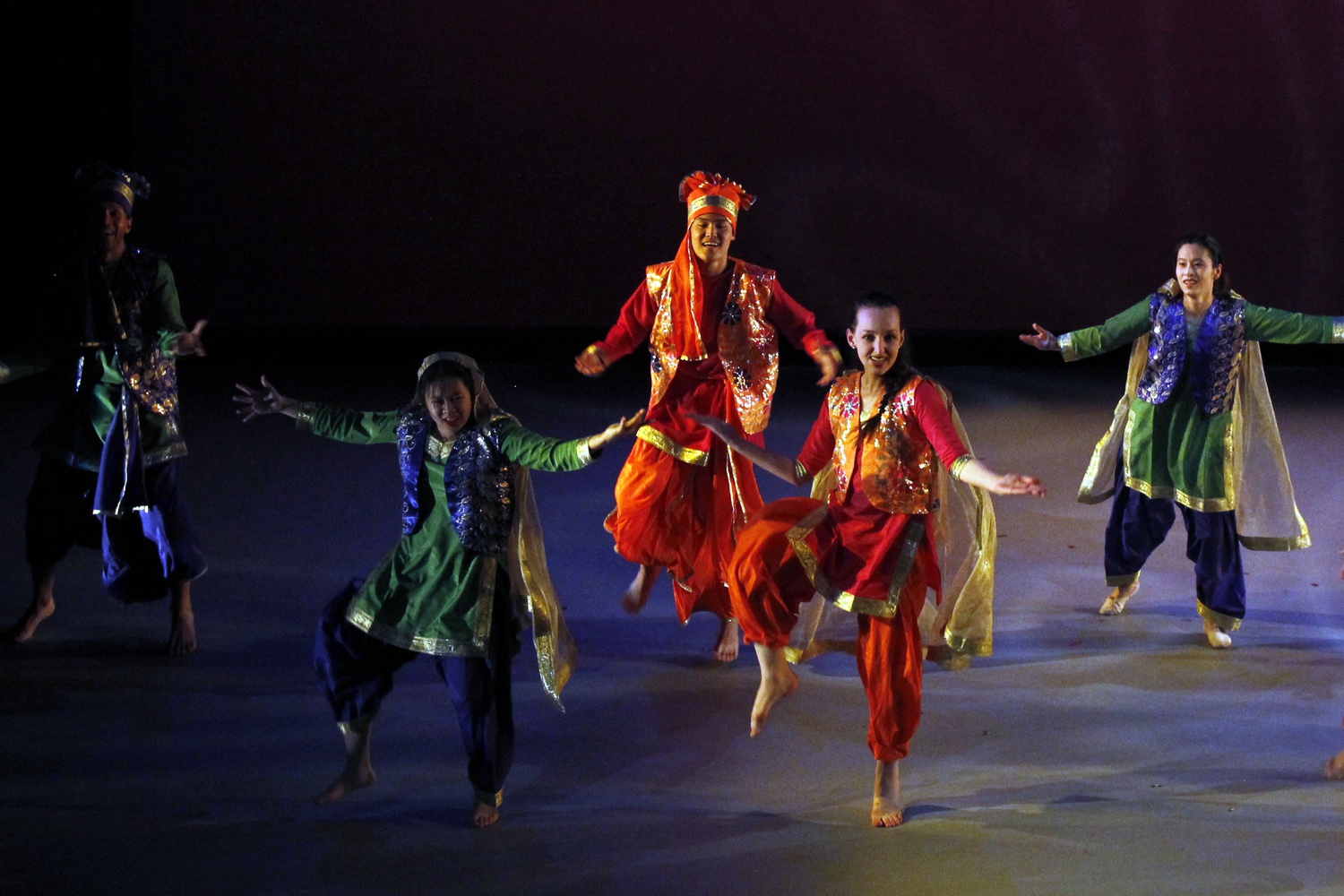 In celebration of the 10th anniversary of the Harvard Dance Center, the Harvard Dance Program debuted “GYM DANCES,” a performance of pieces made “in and for gymnasiums” that ran from Nov. 11 to 15. An effort to capitalize on the natural spirit of improvisation that pervades these spaces, GYM DANCES is a product of both student and professional creativity. The show included a reinterpretation of Anne Teresa de Keersmaeker’s “Rosas danst Rosas” as well as an open rehearsal led by Jill Johnson, the director of the Harvard Dance Program. “GYM DANCES” also featured a piece titled "gym event for Harvard," choreographed by dancers in the Harvard Dance Project and directed by renowned dancer Silas Riener, as well as a closing number by Harvard Bhangra Dance Company. From the seemingly disparate styles of dance emerged a common theme of innovation and exploration, one that artfully manifested in both the individuals who performed and and those who choreographed the show.

Dressed in a luxuriously soft cardigan with oversized sleeves for her interview, Lakin possesses a style that is the epitome of cozy chic. It is hard to believe that this is the same girl who danced in a parrot green and royal blue Bhangra costume and shouted in Punjabi to excite the audience—and even harder to conceive that Lakin had no background in dance before joining Bhangra. “I saw them performing at Visitas, and they looked like they were having so much fun,” she says.

Lakin’s unique vivacity and willingness to experiment give her a unique perspective on dance, even when things don’t go as planned. “After joining Bhangra, I learned that I have a pretty bad spatial sense,” Lakin says, laughing. “I’m also pretty clumsy. But after a while, it stopped mattering to me whether or not I was the best dancer on the team.”

For Lakin, there are certain serendipitous moments that make Bhangra worthwhile. “Sometimes during a performance, there is a kind of flow when we can tell that we are all doing the same movements at the same time,” she says. “That’s when the dance becomes something that we are creating together.”

A history and literature concentrator in Leverett House, DeAngelo began dancing in the eighth grade, beginning with ballet and then joining a modern dance company at her high school. After coming to Harvard, DeAngelo knew she wanted to keep dancing, but didn’t know exactly how. Then she took two classes taught by Jill Johnson: “The Harvard Dance Project” and “Fundamentals of Improvisation and Composition: Dance.” “I just wanted to keep working with her,” DeAngelo says.

According to DeAngelo, “GYM DANCES” is all about blurring the boundary between process and performance. “Most people expect that everything will be completely polished, completely ready, and when we give them something they are not expecting, we are hoping to educate people on the many things that dance can be,” she says. This philosophy is especially salient in the “chance procedures” that "gym event for Harvard" employed. “[Silas Reiner] would give us a pair of die,” DeAngelo says. “The die would decide where in the body the next movement should come from.”

To the question of whether chance procedure counts as real creative process, DeAngelo responds, “Just like anything, the more limited your options are, the more creative you have to be. The more you give yourself limits, the more likely you are to get a product you otherwise would not have come to.”

Martinez views the spirit of dance at Harvard as an endeavour full of possibility. “Dance has always [been] my release from work,” he says. Like DeAngelo, Martinez connects his passion for dance with a spirit for inquiry. “There are a lot of academic and thought-provoking reasons to dance, as opposed to dancing for performance,” Martinez says.

Martinez envisions the visceral approach used in “GYM DANCES” as a way of thinking about social issues. In order to approach this broad goal, Martinez says that the choreography began with a very specific technique. “Certain ideas, certain events, these were the basis of the open rehearsal. Jill Johnson asked us, ‘What moves you?’” he says. “For me, it’s a feeling in my stomach…discrimination is very gut-wrenching, [it’s] so bringing the dance movement from my center and then relating to others through that movement. But each person expresses the movement in their own way because they feel it in their own way.”

As head of the dance program at Harvard, Johnson melds together the languages of art and science. She uses phrases like “dance research” and “three-dimensional mathematics” when discussing dance. This interdisciplinary spirit is especially relevant for the experimental nature of “GYM DANCES.” “If you take out the end product of research out of the equation, and you focus on the fact that people are engaged in dynamic inquiry...we’re engaged in precisely the same thing,” Johnson says.

For Johnson, “Rosas danst Rosas”—a production she says was filmed in an abandoned gymnasium in Europe and describes as groundbreaking in its camera work—was a large part of exploring the long tradition of gymnasiums in dance. The work is a part of choreographer Anne Teresa DeKeersmaeker's online video project. Students used phrases from the second movement to create their own version of the piece. “Our goal is to expose students to as many different perspectives of making dance as possible,” she says. “Performing our version of ‘Rosas danst Rosas’ is a way for students to have a lot of agency in the now…it has a lot of classicism, but also a lot of possibility.”