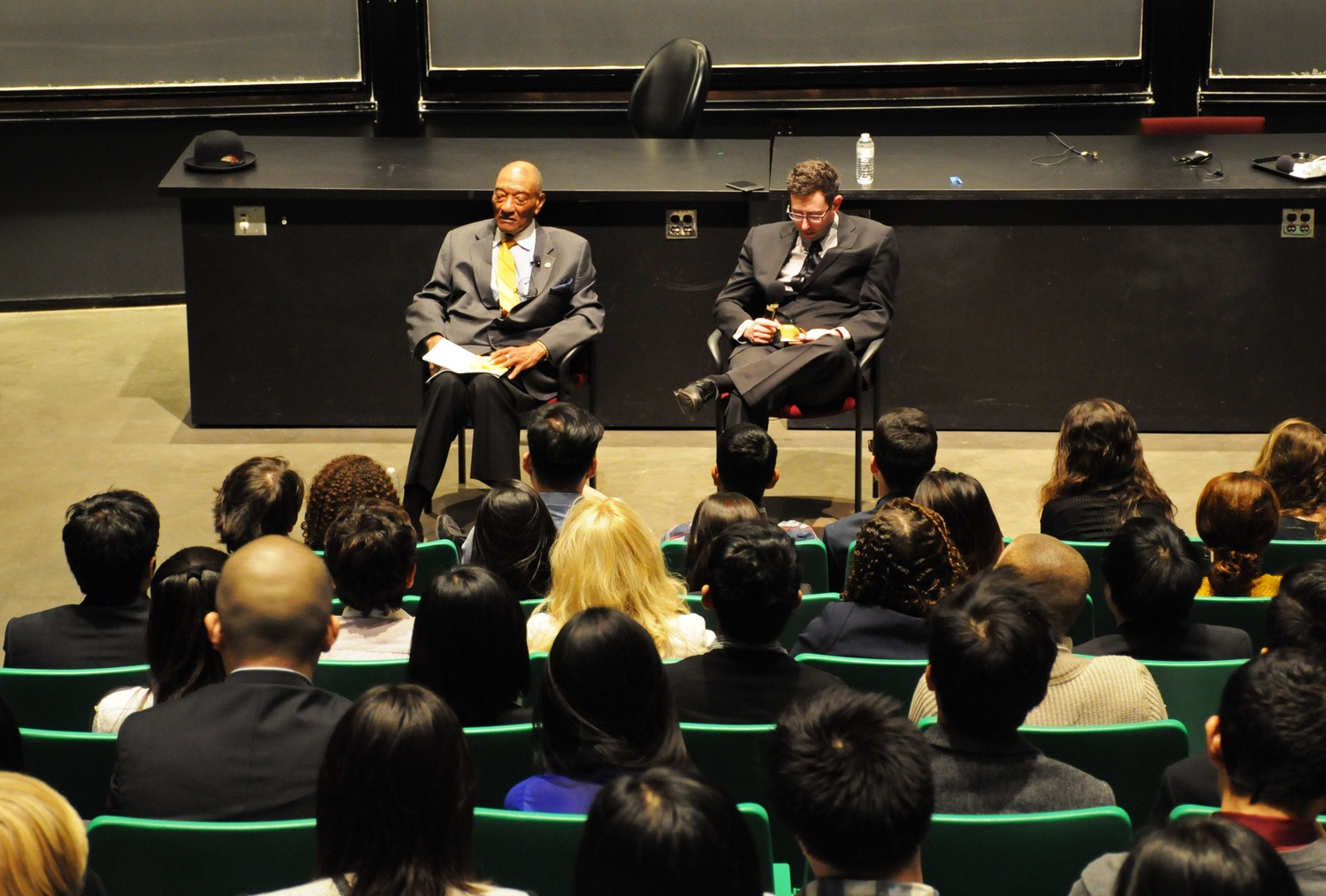 Students from the eight Ivy League universities listen as former U.S. Ambassador Edward J. Perkins talks about his experiences with foreign policy. The keynote address was a part of the Ivy Leadership Summit, a two-day conference hosted by the Ivy Council. By Hayoung Hwang
By Michelle J. Hu and Ifeoluwa T. Obayan, Contributing Writers

Harvard’s campus welcomed about 250 delegates from the Ivy League and all over the world this past weekend at the 16th annual Ivy Leadership Summit hosted by the intercollegiate, student-run Ivy Council.

At the conference, longtime leaders in the sphere of international relations encouraged Ivy League students to pursue civic engagement roles on their college campuses in preparation for becoming the next generation of socially responsible leaders. Students interacted with their peers and heard different perspectives on student leadership.

Hugo Yen ’18, one of the summit’s co-organizers, said its two goals this year were fostering strong inter-Ivy relations and building up Ivy-international relations.

Dan Rosensweig, CEO of Chegg, was the first keynote speaker of the day. The high spirits in the hall were palpable as he spoke, sharing his life story and encouraging students to own their individual paths.

Emphasizing individuality in leadership, Rosensweig said students who aspire to found a company “have to believe in something like no one else does.”

Rosensweig, who has experience conducting business overseas, described the importance of respecting other cultures during negotiations.

“[He] taught us to be a genuine person when you negotiate, especially in international relations because that is the thing that everyone of every culture responds to,” said Julia Lin, a sophomore at the University of Pennsylvania.

The main keynote speaker, Edward Perkins, the first black ambassador to South Africa who worked with Nelson Mandela after apartheid, commented on leadership values in foreign policy and civil service.

Perkins said successful foreign policy requires bridging the communication gaps that exist between cultures, which can be done through education, specifically in history and language.

“You are in a perfect position now to study,” Perkins said. “Speaking, reading, writing— it’s important to be able to talk to anybody in the world through some kind of language—whether it’s the language of agriculture or human rights.”

Planning for the event began early October and the organizers were supported by the Leadership Institute, the Undergraduate Council, and College-100, which was responsible for providing a network of leading professionals as potential speakers. Organizers struggled to find housing for an unexpected influx of conference participants in the days leading up to the summit.

“It was exciting to meet so many people from different schools...to make those connections, create those friendships, and work toward future goals together,” said Oksana Prys, a Columbia junior.