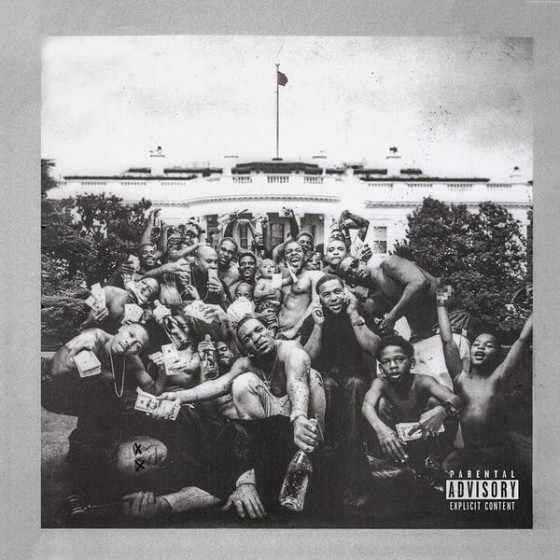 The Crimson Arts board lauds the top 10 albums of 2015, based on our college-wide survey.

This year saw the release of “I Love You, Honeybear,” the second album recorded by Josh Tillman under the stage name Father John Misty. The former Fleet Foxes member takes on the odd mantle of maturity: The titular track is about love against a background of familial and global dysfunction; “Bored in the USA” examines adulthood’s difficulties in Recession-era America; “I Went to the Store One Day” is a paean to married life. The mixture of tongue-in-cheek and sincerity marks “Honeybear” as one of the subtlest albums of 2015 and sets a high standard for Tillman’s future work. —Jude D. Russo

With their second studio album “Caracal,” Disclosure continues to provide a unique blend of dance and pop. While at times the electronic beats feel conventional, the duo shines at key moments by creating orchestrations well-suited to their featured artists’ styles. “Magnets,” featuring the soulful vocals of Lorde, is mellow with jolting percussion and soft croons, while “Nocturnal” contains house beats and a dark melody that almost harkens back to the days of “Thriller”—a fitting musical companion to Jackson-esque The Weeknd, who provides vocals for the song. Through such tracks, “Caracal” proves to be an animated foray into electronica. —Ha D.H. Le

Not content to rest on past laurels, Tame Impala once again proves its mettle as a preeminent psych-rock act with July’s “Currents.” The album, the band’s third, represents a departure from Tame Impala’s former guitar-heavy style and its aesthetic of isolation and remove, but the group’s previous musical virtuosity is still present in full force. The quality of “Currents” is consistently high; even so, standouts include the funky-yet-menacing “The Less I Know the Better” as well as album opener “Let It Happen,” a throbbing, almost disco-esque number. Founder and frontman Kevin Parker’s high, faraway croon immerses the listener in the album’s carefully constructed soundscapes, which manage to be enveloping and atmospheric while still allowing the band’s genius for catchy riffs to show through. —Adriano O. Iqbal

Listening to Marina and the Diamonds’ new release, “Froot,” feels like wandering through a candy store. The album is full of sugary synths, jittery beats, and deliberately artificial, autotuned harmonies; each track is colorfully, slickly packaged, with Marina Diamandis’s haunting vocals overlaying it all. “Froot” and “Blue” are classic dancehall songs (“Give me one more night… Let’s do it one last time”), but Diamandis, the one-woman force behind Marina and the Diamonds, manages to lift even darker tracks such as “I’m A Ruin” into thumping, chrome-plated anthems with a distinctly La-Roux-like flair. And yet the record has an edge that belies its glossy-sweet finish; “Better Than That” begins, “You’re just another in a long line of men she’s screwed / just another in a long line of men she knew,” and “Savages” ruminates on the human capacity for violence. Quietly subversive, subtly thought-provoking, and overtly out for a good time, “Froot” is a night-out kind of record that is nevertheless utterly listenable anywhere, anytime. —Lien E. Le

Take clean, booming, and energetic beats. Add in a pinch of profound, emotional lyrics. Throw in a dash of spirited yet tender vocals. Mix all of these elements together, and the result is “Every Open Eye” by Chvrches, in which the synthpop group again asserts its ability to produce distinctive, infectious music. “Every Open Eye,” the band’s second studio album, strikes a sweet balance between the fun and the thoughtful, fluidly transitioning from the lively rhythm of the opener “Never Ending Circles” to the somber, yet hopeful, closing song “Afterglow.” From start to finish, it’s a musical treat—a fitting addition to the acclaimed repertoire of the Scottish electronic band. —Ha D.H. Le

Though Sufjan Stevens’s newest album has been compared to 2004’s “Seven Swans” for the slow, minor melodies they have in common, “Carrie and Lowell” has a velvety richness perhaps better likened to beloved tracks such as “Futile Devices” (from “The Age of Adz”) and “John Wayne Gacy, Jr.” (from “Illinois”), with their sweet, resonant instrumentation. Stevens, known for his inventive and poignant lyrics, has outdone himself on “Carrie and Lowell”; he describes his own childhood—and particularly his relationship with his mother, Carrie—in verses both precious and conversational. Married with pinprick-specific references to “Casper the ghost,” “lemon yoghurt,” and a swimming teacher who called him “Subaru” are lines like “Fuck me, I’m falling apart” that are at once deeply personal and utterly universal. —Mia J.P. Gussen

On the title track of Alabama Shakes’s sophomore release, frontwoman Brittany Howard sings, a little wonderingly: “A new world hangs outside the window.” This might as well be a mission statement for the album, which updates the rootsy, retro Muscle Shoals-revivalism of their 2012 debut “Boys & Girls” with a brand-new, futuristic soundscape: a sort of progressive, psychedelic soul. There is a looser, more exploratory quality to this album, which features, among other tracks, a six and a half minute cosmic odyssey entitled “Gemini.” At the helm is Howard, with her virtuosic lead singing and guitar-playing—she has a wonderfully dynamic and expressive range: everything from an earthy visceral vitality to an eerie otherworldly falsetto—keeping things just this side of chaos. This sonic experimentation pays off powerfully: “Sound & Color” is an altogether weirder, wilder, and more wonderful release, an incredible follow-up to a very strong debut. —Amy J. Cohn

While “If You’re Reading This It’s Too Late” sounds eerily similar to a suicide note, Drake’s fourth album is a rousing reminder that the rapper’s career is far from dead. An amalgamation of delicate synths, technology-inspired sound effects, and foreboding harmonies, the surprise release is Drake’s darkest––and most exciting––work yet. Over seventeen tracks, the rapper displays unexpected thematic range, vacillating between unabashed self-promotion (“I got a backyard where money seems to come from the trees”) to Kanye West takedowns (“I’m never ever scared to get some blood on my leaves”) to quiet contemplation with impressive ease. While “Late” lacks the radio-ready hits that peppered previous efforts, the album stands as a testament to Drake’s growth as an artist: Listening to the moving, breathtakingly honest “You & the 6,” it’s clear hip-hop’s favorite Canadian has come far from his debut days. —Shaun V. Gohel

4. "Beneath the Skin," Of Monsters and Men

Brooding lyrics and complexly layered instrumentals in “Beneath the Skin” are, at first glance, a stark departure from the hand-clapping choruses that marked Of Monsters and Men’s freshman effort. In this second album, co-lead singer Nanna Bryndís Hilmarsdóttir takes up the lion’s share of vocal duties, exuding wistfulness, melancholia, and painstaking introspection. The five-piece band (nine while on tour) has certainly demonstrated a willingness to probe deeper with their music—throughout this album’s valedictions and ballads and lamentations, their once-effervescent nature imagery now takes a backseat to songs dominated by dirge-like percussion. It’s only after a couple of repeat listens that “Beneath the Skin” starts to seem intimately familiar and warm after all. —Alan R. Xie

3. "Beauty Behind the Madness," The Weeknd

2015 was the year that Abel Tesfaye, or The Weeknd, rose from the ashes of his prior image as prodigal son of drugged-up indie R&B to become a veritable Top 40 tour de force. Tesfaye wormed his way into the public consciousness in late 2014 by way of the hypnotic Ariana Grande collab “Love Me Harder,” and he’s held his own ever since with his second studio full-length, “Beauty Behind the Madness.” Lead single (and according to Rolling Stone magazine, thinly veiled cocaine ode) “Can’t Feel My Face” excels as a standout among standouts, but the whole album is one finely tuned balancing act: just PBR&B enough to keep the hipsters interested, and just pop enough to keep everyone else listening. —Victoria Lin

The prodigious social significance of Lin-Manuel Miranda’s “Hamilton” is perhaps best exemplified by The Rockefeller Foundation’s willingness to subsidize tickets for 20,000 New York City public school students to attend the show. For many young people who see “Hamilton,” it may be the first time they have witnessed themselves represented on stage, on account of Miranda’s choice to cast a person of color in every named role (bar King George, of course). With an astonishing degree of historical accuracy, Miranda crafts parallels between the life of Founding Father Alexander Hamilton and the modern immigrant experience: In particular, his depiction of Hamilton’s downfall in the second half of the play illustrates with stunning poignancy the extent to which the deck is stacked against those born with disadvantage. When Leslie Odom Jr.’s Aaron Burr, with Tony-worthy emotion, realizes after his deadly duel with Hamilton that “the world was wide enough for both Hamilton and me,” he encapsulates Miranda’s thesis: that immigrants have just as much potential as U.S.-born citizens to change the course of their country’s history. —Grace E. Huckins

1. "To Pimp a Butterfly," Kendrick Lamar

Kendrick Lamar is the champion of the best trends in contemporary hip-hop. Glossy production and brilliant lyrics with content of ambitious scope mix explosively in this year’s “To Pimp a Butterfly,” an album that will be remembered as the landmark moment when Flying Lotus-style experimentation came together with West Coast-style spitting to take rap to a new level. Single “King Kunta” exemplifies this combination: With bumping rhythm, seamless Parliament samples, and flawless rhymes, Lamar weaves a complex commentary on black history and empowerment that is still a musical delight. —Jude D. Russo