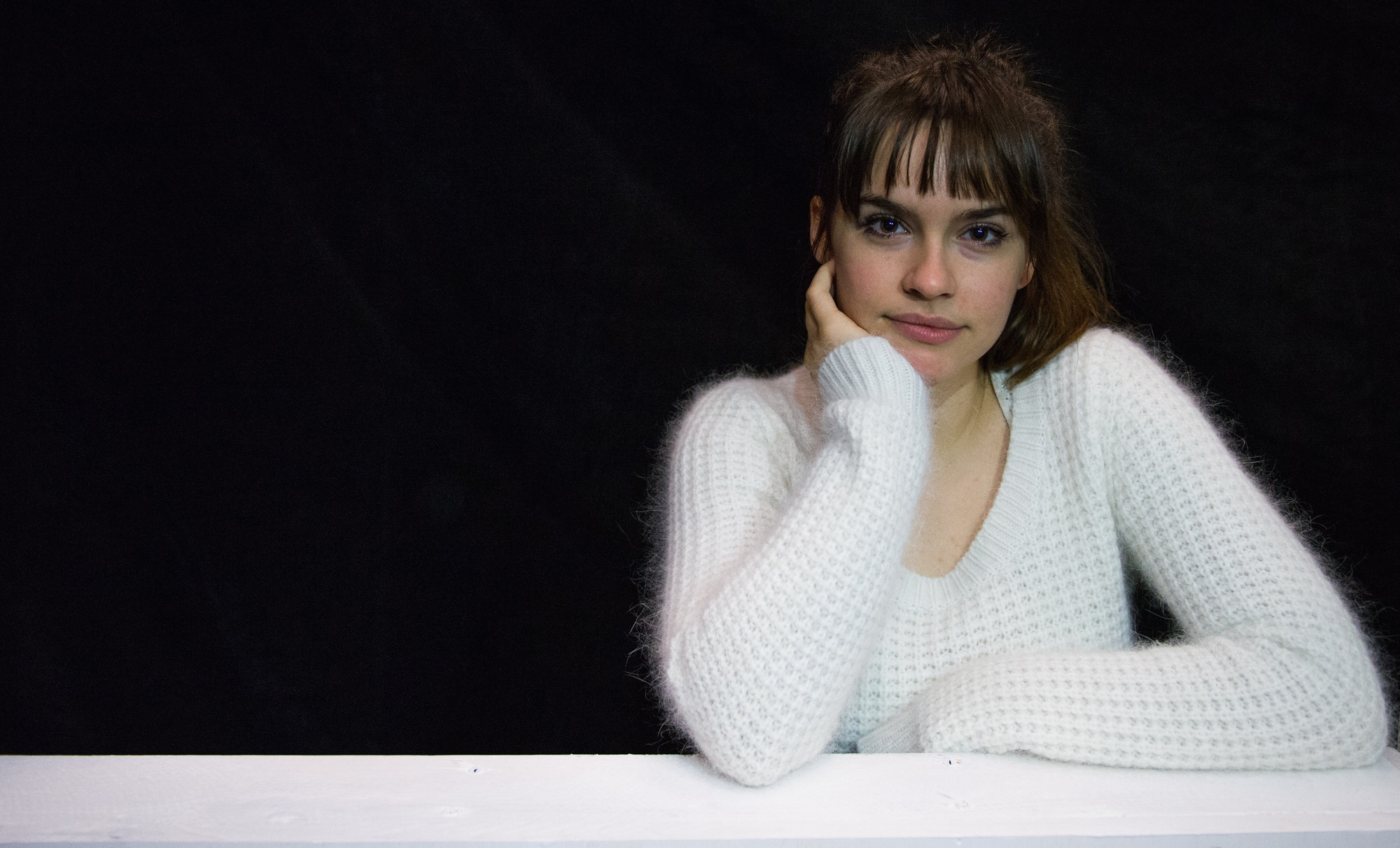 Ema H. Horvath’s career began at the age of five when she spotted an advertisement for auditions at a local theater while reading the newspaper.
By Miranda L Ryshawy

You won’t find her complaining about it. For Horvath, who spent the better part of her summer filming a hush-hush new movie in Los Angeles, the crazy roles are definitely her favorites. “I don’t want to play myself. Whenever a part is too close to my life, I’m like, what’s the point?” she says. Her first on-screen acting experience involved silently eating six cupcakes in front of a rolling camera.

Horvath’s career began at the age of five when she spotted an advertisement for auditions at a local theater while reading the newspaper. It’s rare to find a preschooler who consumes the news at breakfast, but even rarer to find one so passionate about acting. Ever since playing a tulip in that very first show, Horvath was hooked.

Years of art school followed, including two at prestigious arts boarding school Interlochen Academy. In high school, Horvath fully intended to enter an acting conservatory after graduation. “I basically applied to Harvard as a joke,” she laughs. But when she got in, she couldn’t pass up the opportunity. 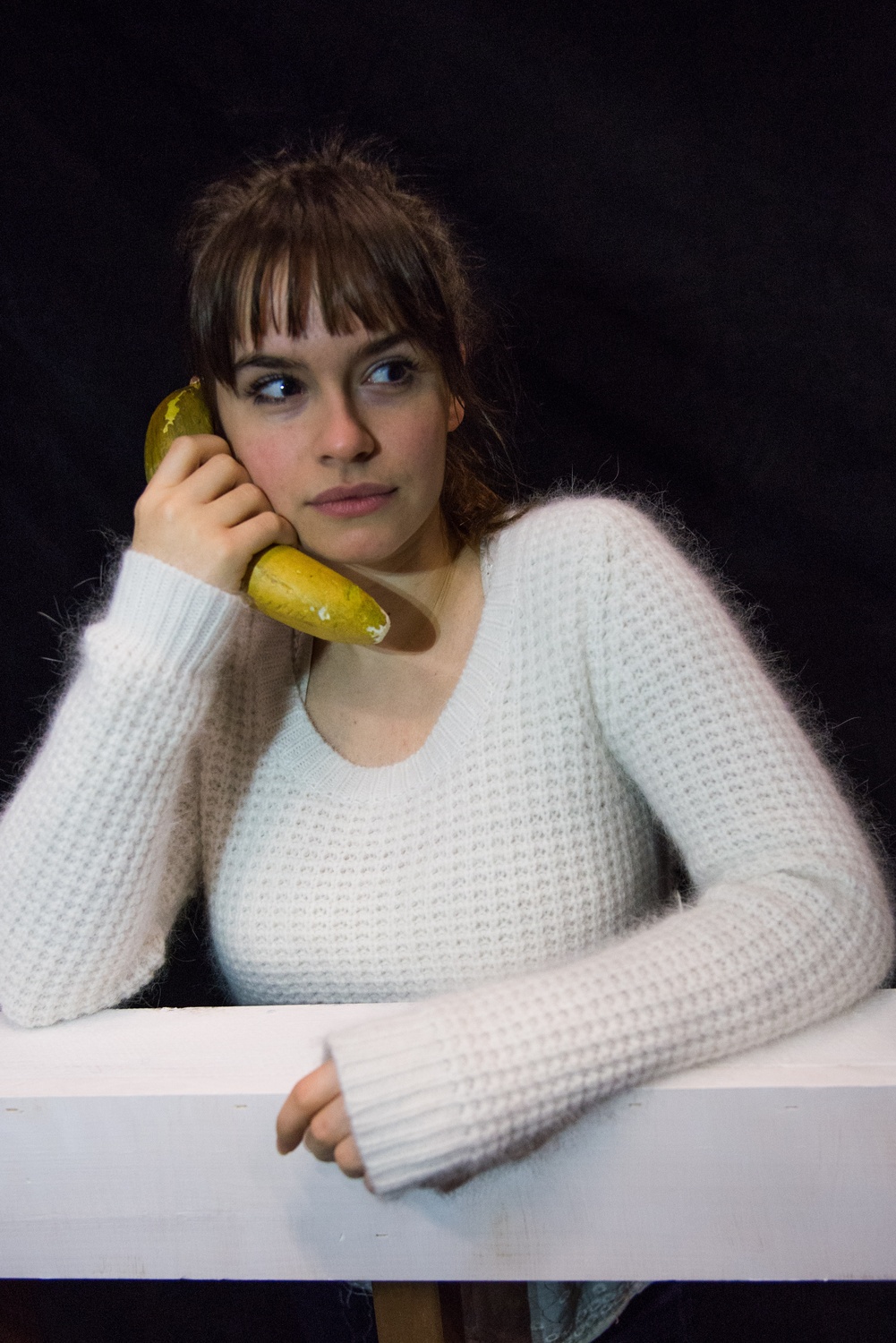 Still, she says, it was terrifying. “If you go to a conservatory,” she explains, “you’re pretty much guaranteed an agent after you perform in your senior showcase.” Harvard offered no such certainties to the aspiring actress.

Fortunately for Horvath, she quickly found a home in the world of Harvard drama. “I told myself I would try to broaden my horizons and join new extracurriculars, but I was at auditions the very first week of school,” she confesses. Her obvious talent earned her a lead right away: As a freshman, she played Katerina in an all-female production of “The Taming of the Shrew.” Throughout the show, she developed a close relationship with her director, who encouraged her to try acting for a camera.

But for a girl coming from 12 years of art school, Harvard pushed Horvath outside of her on-stage comfort zone. “I’m fairly open about being someone who struggles academically here, because of my background,” she says. The longest academic paper she wrote in high school was three pages long, double spaced. Fast forward to today, and Horvath, an English concentrator, is no longer a stranger to writing papers. In fact, she’s working on a creative thesis, a screenplay about a Slovakian immigrant, inspired by her own parents.

Entering Harvard’s diverse community was also a novel experience. “Artists can be a really homogenous group, so I was thrilled to be meeting people from so many different backgrounds,” she tells me. Coming to Harvard is the best decision she’s ever made, she says, adding, “I’m already nostalgic.”

Now, about to enter her last semester of college, Horvath is already thinking about the future. She plans to move to Los Angeles and is dedicated to pursuing her acting career. A month before graduation, Horvath’s career will go live. “Basically, I’ll become available as an actor—my managers will start actively seeking out roles for me, and I’ll start submitting tapes,” she says, grinning.

Her untitled Blumhouse Production project, coming from the same studio that produced “Paranormal Activity,” is slated for a 2016 release. But when asked about it, Horvath politely demurs—she’s under contract, and really can’t say much about her character.

“She’s weird. She’s weird like all the other girls I play.”