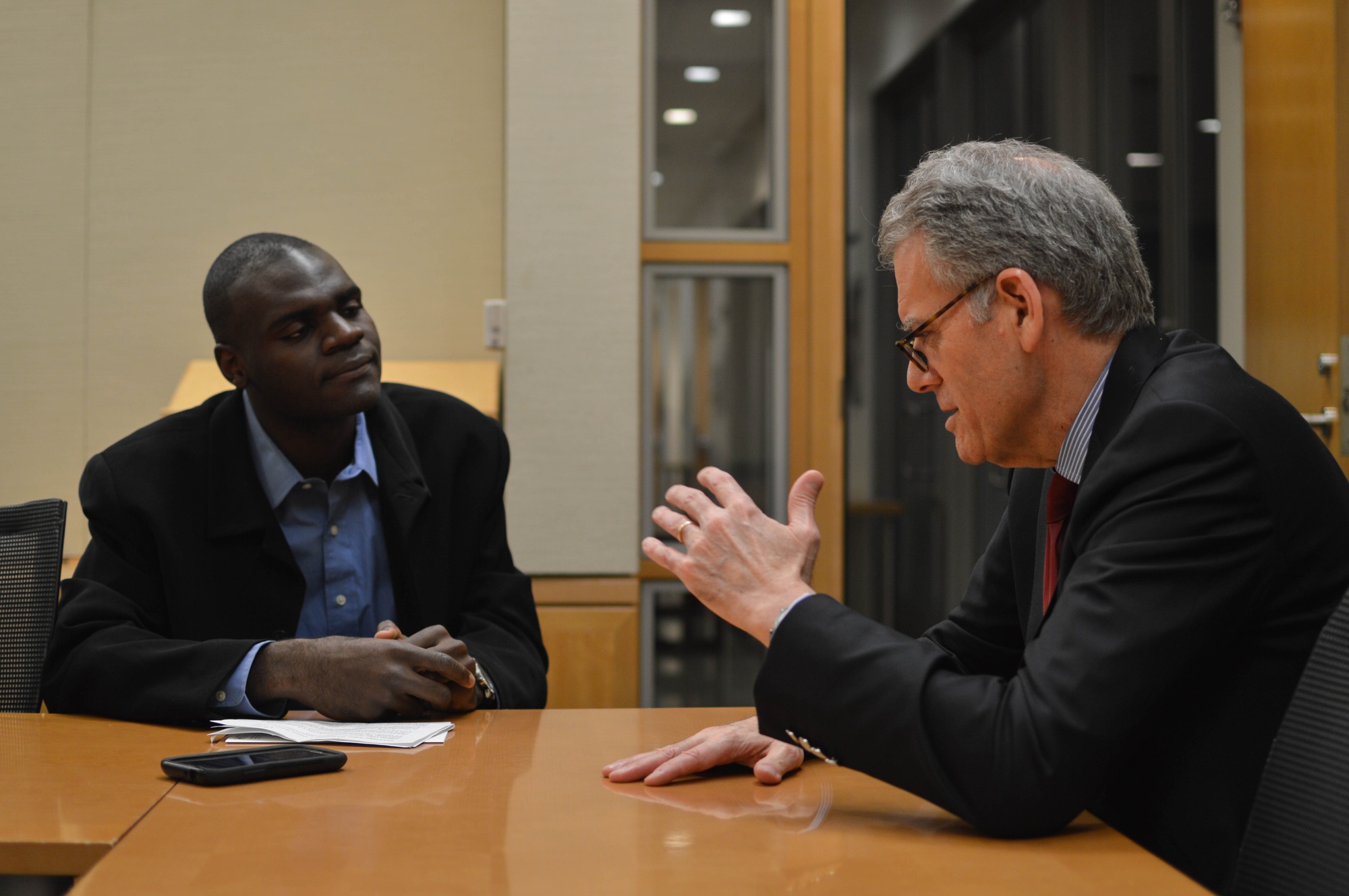 Following the historic announcement on Dec. 17 that diplomatic relations would be restored between the U.S. and Cuba, Jeffrey DeLaurentis, chief of mission of the U.S. Interests Section in Cuba, recently sat down with Fifteen Minutes for a conversation about U.S. foreign policy toward Cuba.
By Dennis O. Ojogho

Following the historic announcement on Dec. 17 that diplomatic relations would be restored between the U.S. and Cuba, Jeffrey DeLaurentis, chief of mission of the U.S. Interests Section in Cuba, recently sat down with Fifteen Minutes for a conversation about U.S. foreign policy toward Cuba. 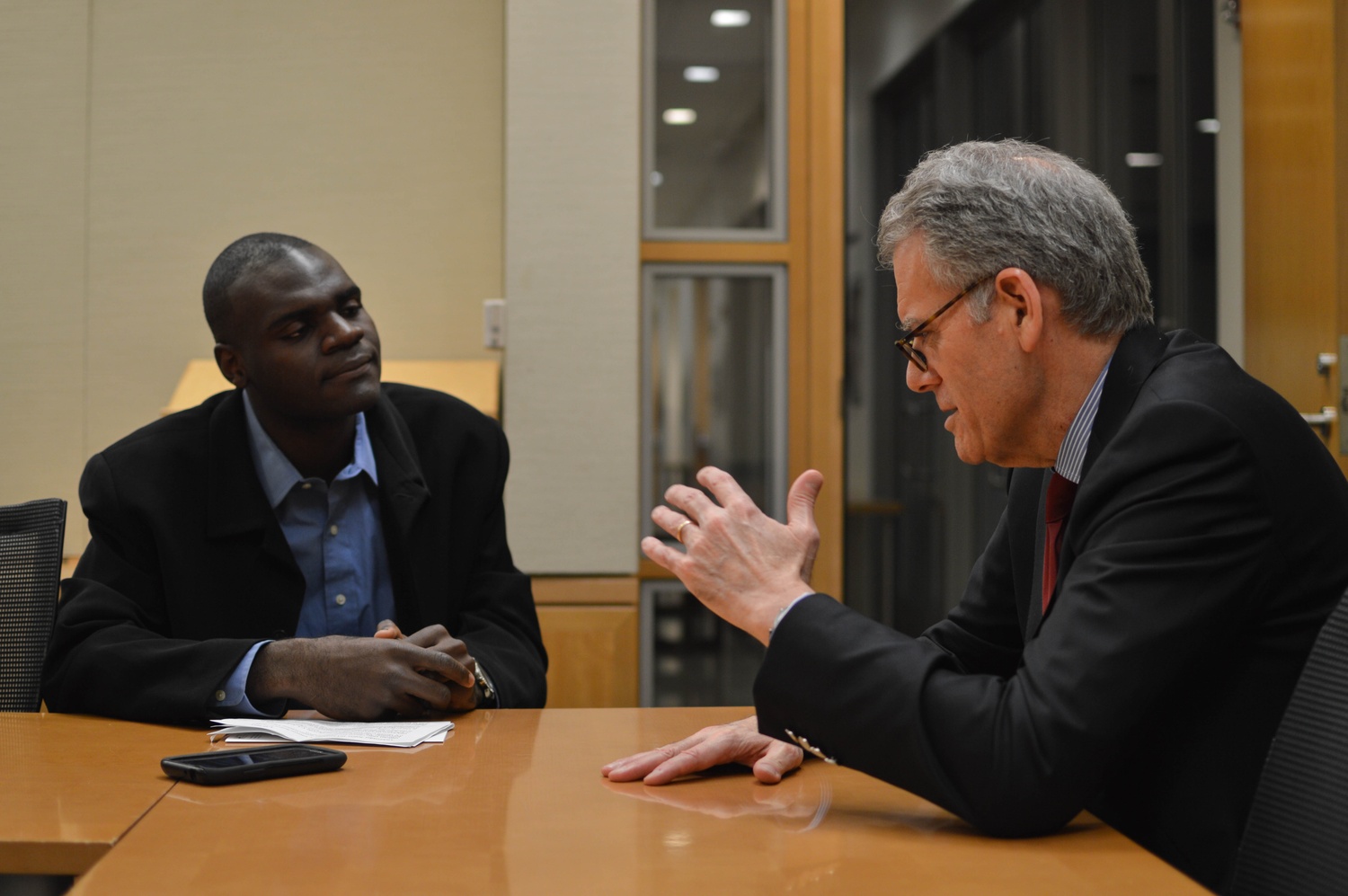 Fifteen Minutes: Take me through a day in the life of the U.S. Ambassador to Cuba. What has been unique about your duties when compared to your previous diplomatic positions?

Jeffrey DeLaurentis: Sure, well because we don’t have formal diplomatic relations yet, I’m not the American Ambassador to Cuba. I’m chief of mission of the U.S. Interests Section in Cuba, which is technically part of the Swiss Embassy. I have ambassadorial rank in the State Department because my prior position at the U.N. was a Senate-confirmed ambassadorial position. So that’s very important because one of the things we will be doing when we reestablish diplomatic relations down the line is that the president will be nominating a new American ambassador to Cuba. In terms of the day in the life [of an American diplomat to Cuba,] what’s probably different is of course we don’t have diplomatic relations with Cuba, so it’s a very unique set of circumstances, a very unique experience. We have geographical restrictions to the boundaries of the province of the City of Havana. My Cuban diplomatic counterparts in Washington have the same restrictions. It’s reciprocal. So we have to be a little more creative in the way we conduct our diplomacy. We don’t have access to the entire Cuban government. We are restricted to one

FM: Can you walk me through the process that led to December’s announcement that full diplomatic relations would be restored with Cuba? Was it something that was years in the making, or was it a relatively short development?

JD: Right, well when President Obama came into office, he said that one of the things he was interested in doing was reexamining our policy toward Cuba. He talked about how [the U.S. having] a policy that was put in place prior to when he was born would suggest that it required a look. So he took some steps in the first term of his administration in 2009 and again in 2011 with travel and remittances, relaxation of some of the ways Americans could engage with the Cuban people, [and] expanding the People to People programs. These kinds of things were part of his effort to reexamine the policy. And then of course the incarceration of Alan Gross, I think stopped that process. That needed to be resolved, and so negotiations began April/May of 2013 as he indicated in his December 17 speech.

FM: With the current state of Congress and some of the conflicts that we’ve seen, what is your outlook for the next two years? Will we see any congressional action that will rollback some of the laws passed during the Clinton years? Do you see Congress being able to move along with where the president is trying to go?

JD: I would probably leave it to members of Congress to explain what they think is going to happen. I would say that there hasn’t been a vote on Cuba in a very long time in Congress, so I think a number of the members of Congress will start to revisit the issue, look at it, and reach their own conclusions. Now we have seen some activity in the last few days on both sides of Congress with the introduction of new pieces of legislation but again, it would be difficult for me to speculate how successful they’ll be.

FM: What would you say to the human rights activists and dissidents that disapprove of where the U.S.’s policy toward Cuba has gone in the last couple of months?

FM: Is there anything you can say about the fate of Guantanamo Bay? I know this is [a policy] that the president has said that he is committed to changing. Can he order executive action on it? Is it something that requires congressional action?

JD: The only thing I would say about Guantanamo is that it’s based upon a treaty and agreements between both countries. For it to change, both countries have to agree to that change. And on our side, there’s no interest in changing it.

FM: Cuba, with the exception of Venezuela, was really the last country in our hemisphere that the U.S. has had continued conflict with. Since enemies of the U.S. have been known to travel through Cuba and other countries that the U.S. is in conflict with, how will this affect the larger political landscape?

JD: The history of U.S-Cuban relations is a difficult and colorful one. In a way, for many years we’ve been family and foe at the same time. And certainly the President wanted to change that dynamic. He thought it was really important to extend a hand to the Cuban people and to focus on the Cuban people rather than on punishing the government. I think there are a growing number of areas where we’ll be able to cooperate. And even in the areas where we don’t cooperate, we’ll have a new opportunity to talk to them about these disagreements and hopefully influence their point of view.

FM: In addition to the historic announcement in December, can you point to one thing that you are still working on with Cuba that you would like to one day look back on and say that you helped make happen while in this post?

JD: The most important thing for me on a daily basis is to begin to prepare and position the Interest Section to become the first U.S. Embassy in Cuba in 55 years as we move forward with the process to negotiate the reestablishment of diplomatic relations. I think that’s, for me, going to be my most important mission on the ground in addition to continuing to promote the universal values that we hold dear.