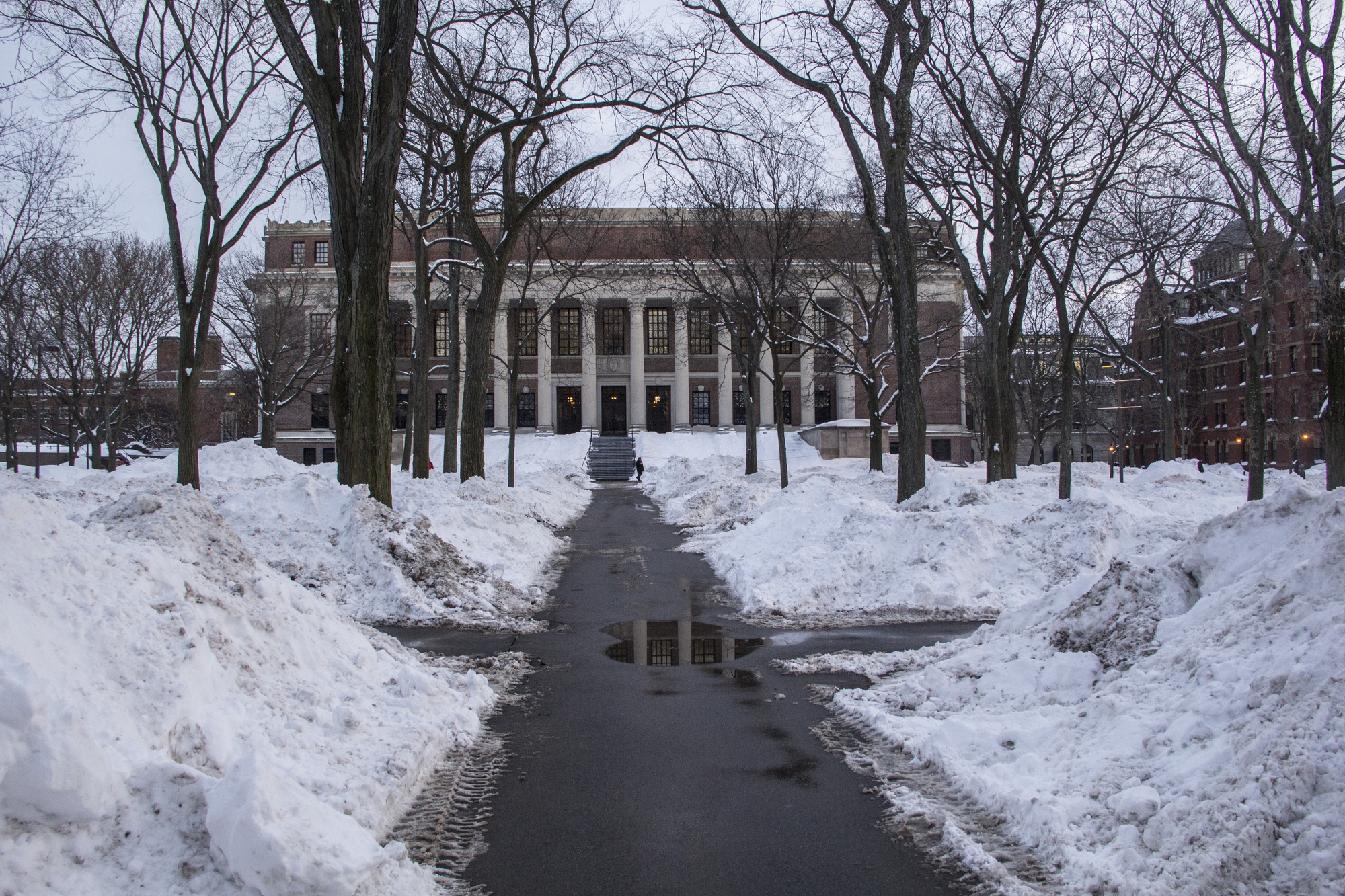 Harvard University cancelled classes for the third time in two weeks on Tuesday as the closing of the MBTA to clean snow and ice of tracks disallowed many staff members and instructors to travel to the university.
By Elizabeth C. Keto, Contributing Writer

This year’s record snowfalls have forced Harvard’s runners to alter their training regimens and rethink their routes as they practice for varsity meets, prepare for the Boston Marathon, or simply try to stay active through the winter.

The snow and ice on jogging paths by the Charles River, which are rarely cleared, have particularly affected distance runners, forcing them inside onto treadmills or tracks. 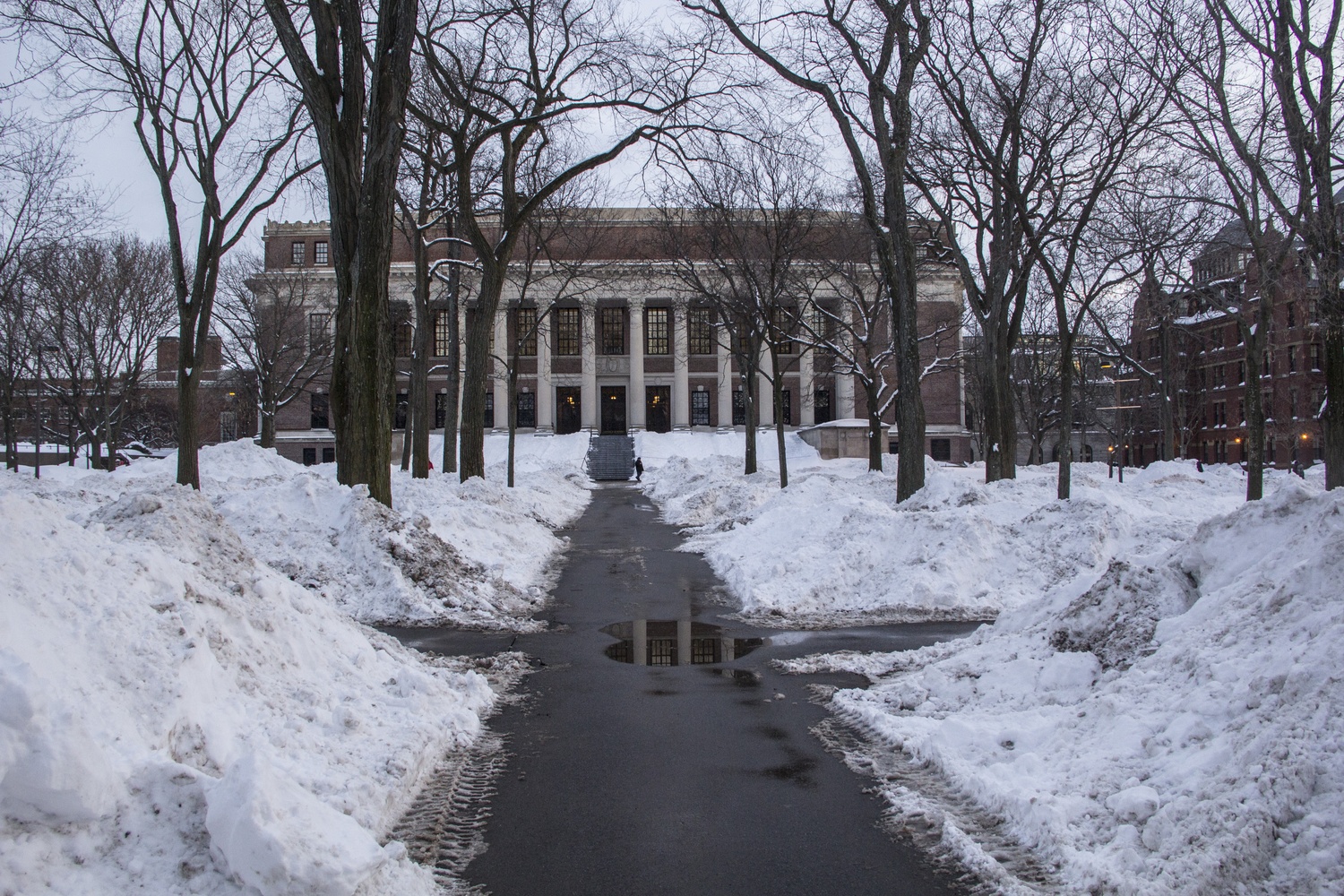 Will B. Geiken '15, captain of the Harvard men's cross country team, said that because outdoor practice has been limited to a few routes and because indoor running on treadmills or the track can be dangerous for runners’ Achilles tendons and knees, the team has been forced to cut down on the total number of miles.

"This has definitely been the worst winter for training that I've experienced in my four years," Geiken said.

Fiona M. Davis ’18, a distance runner on the women’s track and field team, said her team practices outside in temperatures well below zero and has even driven to Concord to run on less-trafficked roads, but has used the indoor track and cross-training facilities more than usual this winter.

The snow has also had an effect on students preparing for the Boston Marathon in April. Maria E. Kalina ’16, who is training with the Harvard College Marathon Challenge, said some weekends she has run as many as 16 miles on the treadmill because of the impassibility of paths by the river.

“It’s not the most exciting thing,” she said, adding that the sense of community with students in HCMC, which send emails over the organization’s listserv telling other runners when they will be at the gym, has helped with the boredom.

Runners practicing shorter distances have been less affected by the snow. “We’re running every day just like we would every other year,” said Ben D. Dickensheets ’15, the president of the Harvard College Running Club.

Given the conditions on the river paths, Dickensheets said, “we adjust for that by going for runs in the neighborhoods where people tend to keep the sidewalks more clear.”

Alina M. Acosta ’17, the club’s vice president, added that the club even had higher than normal turnout on days when classes were canceled for snow.

With the exception of its distance runners, Harvard’s track and field team has so far also been largely unaffected by the snow, given that winter season events are indoors. But the team’s outdoor season begins in just over two weeks, at which point wintry conditions will affect all the runners, according to men’s co-captain Jarvis K. Harris ’15.

“We’ll have to remain creative to make new drills and train as well as we realistically can,” he said.