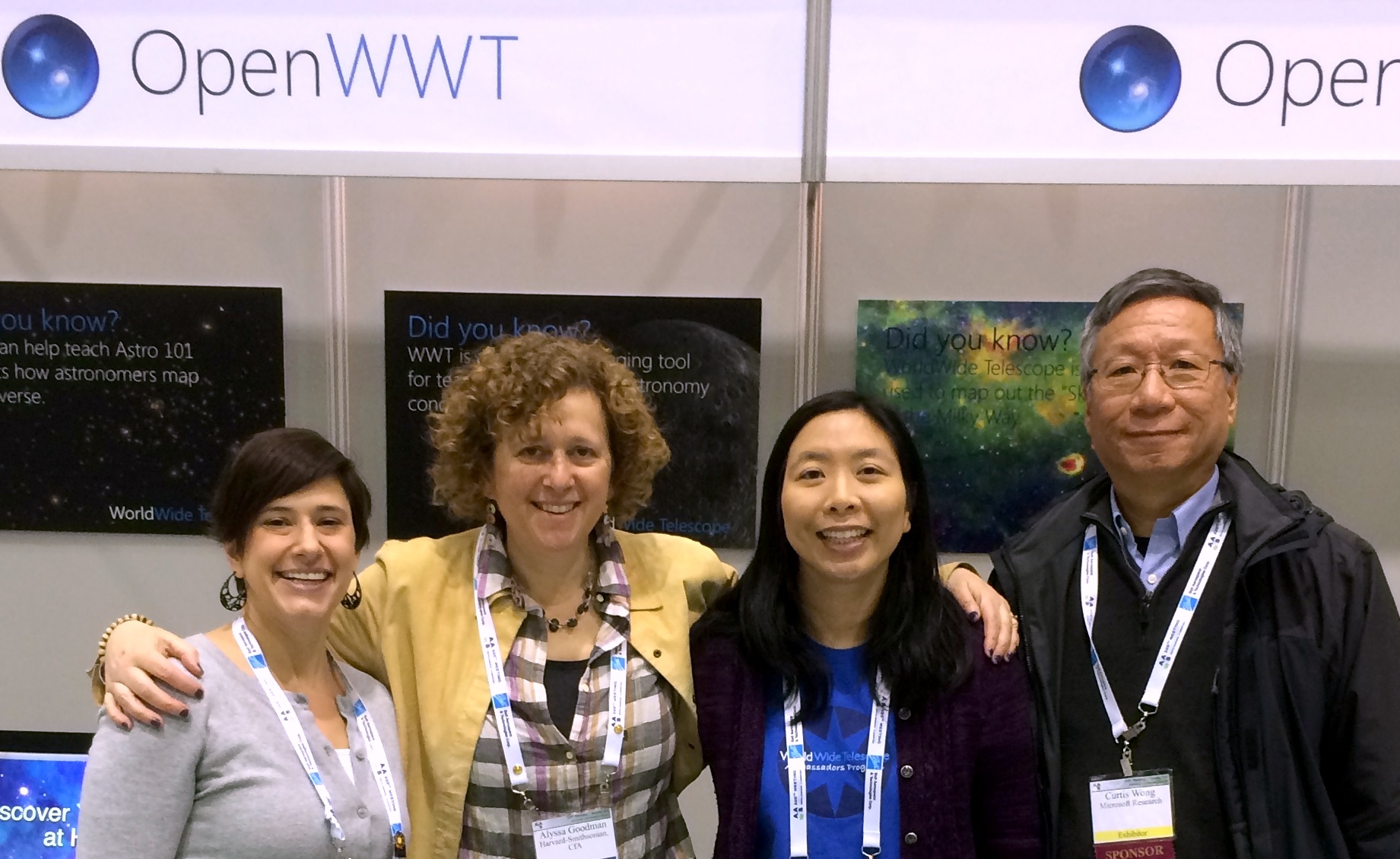 Pictured from left to right: Erin Johnson, Alyssa A. Goodman, Patricia S. Udomprasert, and Curtis Wong at the 2015 annual meeting of the American Astronomical Society in Seattle.
By Jessica Kim, Crimson Staff Writer

Astronomy professor Alyssa A. Goodman has been named the Harvard Foundation for Intercultural and Race Relations' 2015 Scientist of the Year. The award, part of the Harvard Foundation’s annual Albert Einstein Science Conference: Advancing Minorities and Women in Science, Engineering, and Mathematics, will be presented at the conference luncheon later this week. 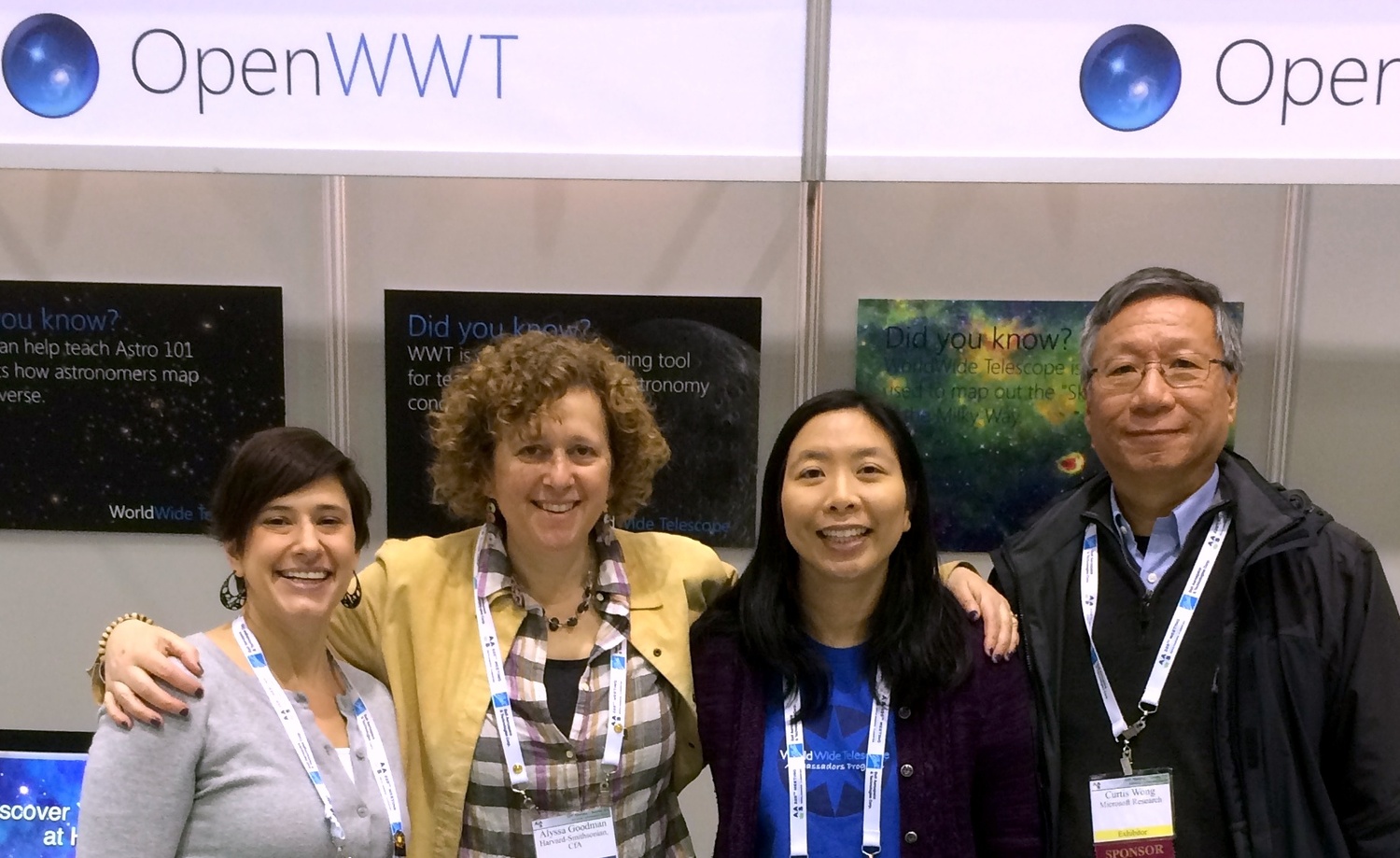 Pictured from left to right: Erin Johnson, Alyssa A. Goodman, Patricia S. Udomprasert, and Curtis Wong at the 2015 annual meeting of the American Astronomical Society in Seattle. By Courtesy of Alyssa A. Goodman

Goodman, a research associate at the Smithsonian Institution, has diverse research and teaching interests, ranging from astronomy to data visualization and online platforms for research and education.

Goodman and her research group at the Harvard-Smithsonian Center for Astrophysics explore how stars form from dense clouds of interstellar gas. The clouds also help scientists trace out spiral structures in the galaxy in high resolution. Her interest in molecular clouds stems from her undergraduate years at MIT, she said, where she wrote a thesis on the polarization of starlight by magnetic fields in space.

She co-founded the Initiative in Innovative Computing at Harvard and served as its director from 2005 to 2008. The initiative, which has since been discontinued, gave rise to projects involving computer simulation and data integration, according to Goodman.

Goodman also spearheaded the organization of “Seamless Astronomy,” an effort that aims to facilitate scientific research through data sharing.

Goodman said she is also the host of an effort called PredictionX, a future HarvardX class and project involving “about 25 faculty, tracing the history of how humans have predicted their own future from ancient times to now.”

According to Goodman, the effort will “be the most modular, most unusual, and reusable bit of online material that Harvard has ever produced.”

—Staff writer Jessica Kim can be reached at jessica.kim@thecrimson.com.