UC Launches 'Side by Side' Gender Equality Campaign 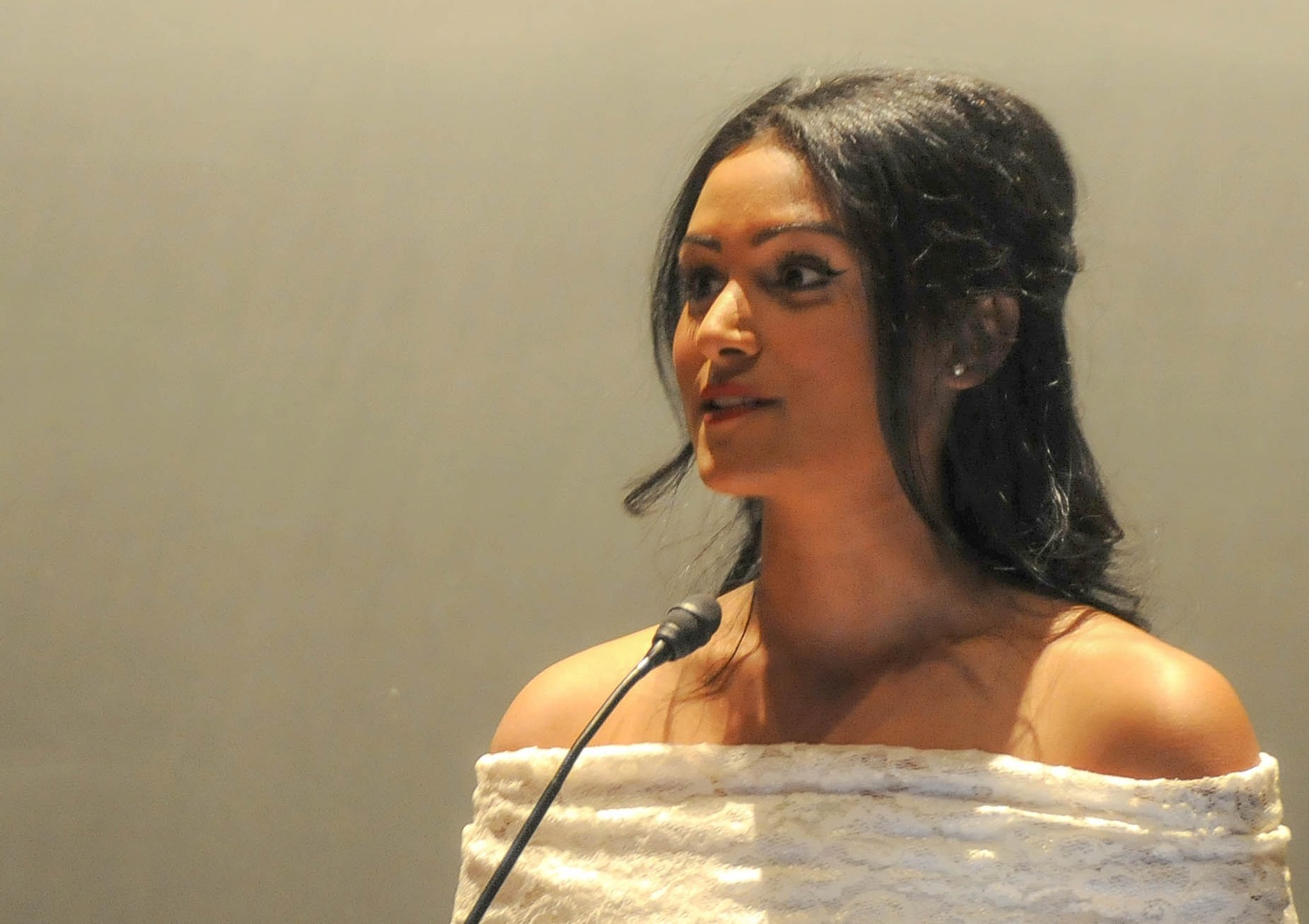 Nina Davuluri, Miss America 2014, describes her experiences with gender discrimination. Davuluri was a speaker at the launch of the Undergraduate Council's Side by Side program, a campus-wide gender solidarity movement. By Molly R. Cinnamon
By Piotr Linek, Contributing Writer

Throughout the event, panelists shared several personal recollections of their own difficulties with regards to gender and gender norms.

Davuluri said that after being named Miss America, she was not taken seriously by nonprofit foundation leaders she interacted with because of stereotypes surrounding her gender and the pageant. 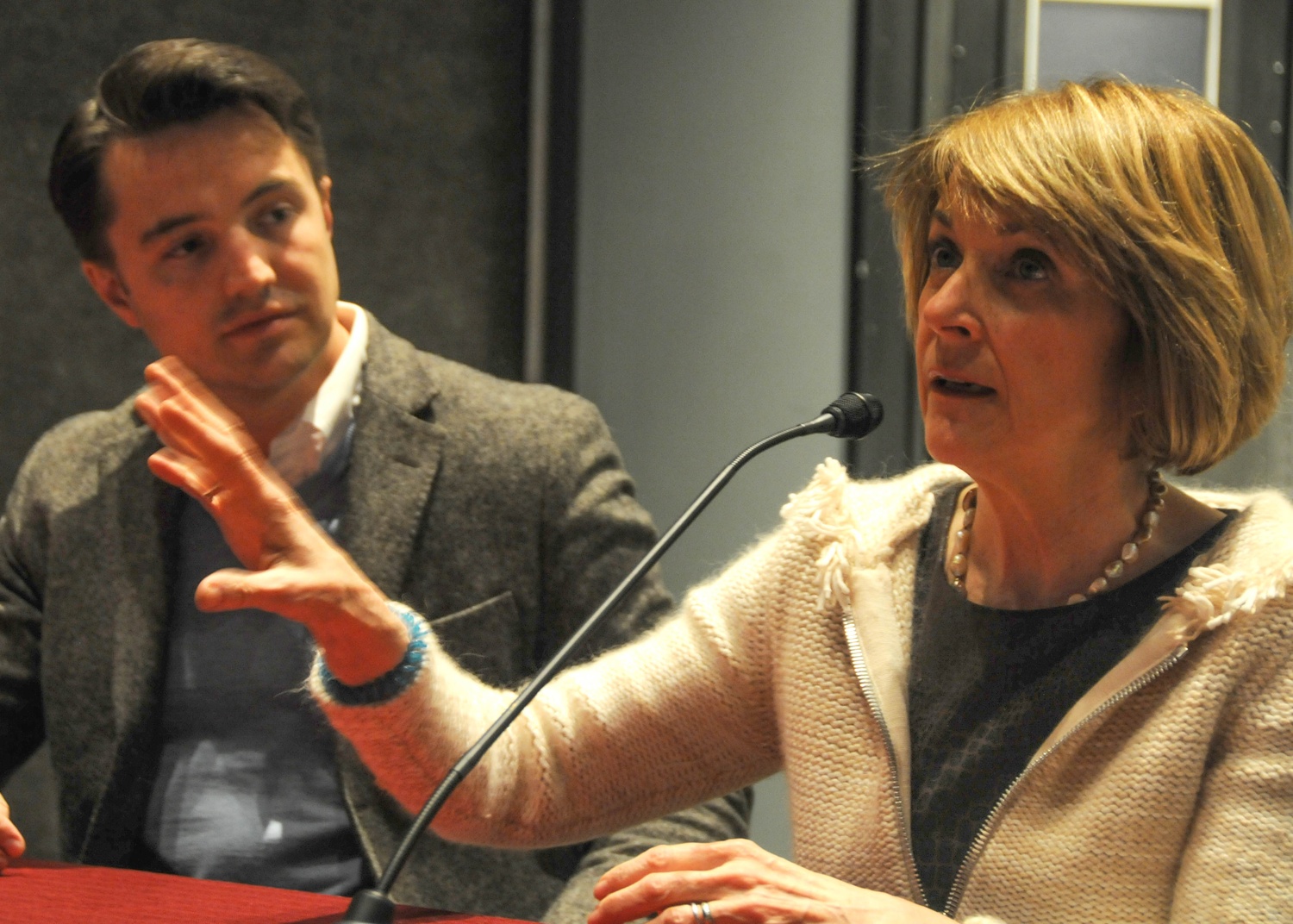 Martha Coakley, former Attorney General of Massachusetts, describes ways to make gender equality a stronger presence in the professional world. On the left is Hugo Van Vuuren, Expert in Residence at SEAS and Co-Founder of Xfund, a Harvard-based venture capital fund. By Molly R. Cinnamon

She recalled an instance in which an older Indian gentleman asked her “So Nina, can you cook?”

Sharing his own experiences with gender norms, local venture capitalist and event panelist Hugo Van Vuuren ’07 discussed the challenges of growing up in a South African society that promoted traditional masculine stereotypes.

“You grew up playing rugby and the ideas of what it means to be a man and what it means to be respected both in the classroom and at home and on the sporting field suffer under the influence of that sport,” Van Vuuren said. “And then growing up and realizing that some of these things that go hand in hand in that sport, altruism, aggression, and a lot of unhealthy behavior, really ruin society.”

Van Vuuren later added that rugby can also promote healthy values that should be amplified.

Panelist and Director of the Office of BGLTQ Student Life Van Bailey also provided perspective on the effects of gender norms, commenting on his experiences as a homeless youth. He said it was especially difficult as a transgender individual, citing gendered facilities and expectations to participate in certain gender-based programming.

Bailey also stressed the importance of the utilization of preferred gender pronouns in everyday conversations.

Van Vuuren added that the Harvard community “refreshes itself every three years” and that, as a result, a campus-wide adoption of the usage of preferred gender pronouns is not as difficult as it might seem.

Following the event, UC Vice President Dhruv P. Goyal ’16 said that the launch was a good start but that he hopes it will act as a jumping board that begins conversation about gender on campus.

Several students in attendance for the event shared their thoughts on the Side by Side launch.

“As one of the only people on campus that identifies as transfeminine I’m really interested to hear everyone’s perspectives on how gender discrimination affects all genders,” W. Powell Eddins ’16 said.

For others, the event’s keynote speaker was a reason to attend.

“I wanted to come out to support the campaign and also to hear Nina Davuluri speak,” Gunjari Raychaudhuri ’17 said.

Former Speaker of the New York City Council Christine Quinn, a resident fellow at the Institute of Politics this spring, was scheduled to speak but was not able to attend because of a family emergency, according to Michelle S. Lee ’16, an inactive Crimson editor and UC representative.