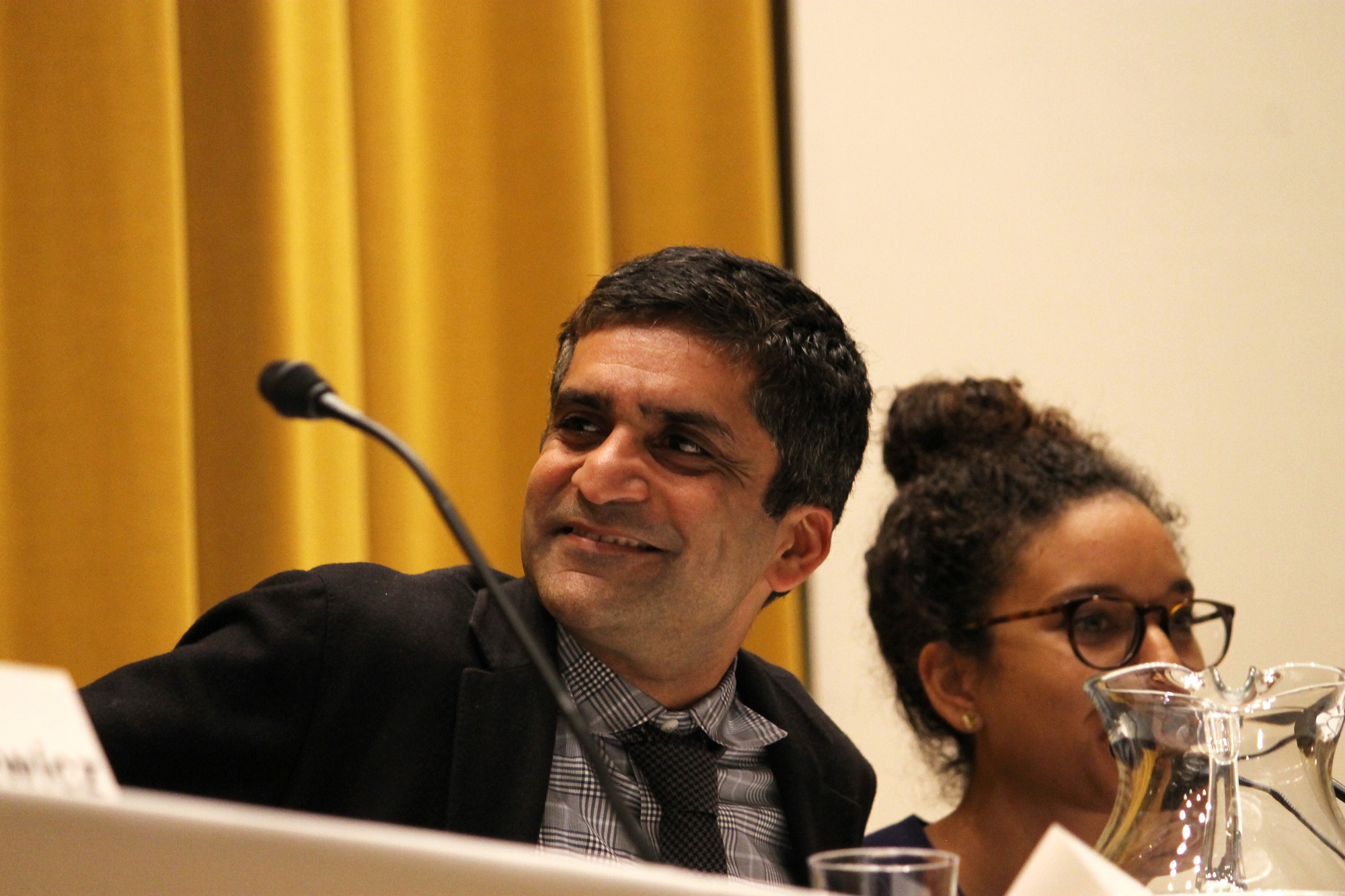 Dean Rakesh Khurana asks William Deresiewicz, writer of New Republic article, "Don't Send Your Kid to the Ivy League," what he misses most about being an educator on Monday evening in Paine Hall.
By Theodore R. Delwiche and Noah J. Delwiche, Crimson Staff Writers

Dean of the College Rakesh Khurana sharply condemned a controversial party invitation that circulated among undergraduates over email this week, writing in an email to the student body that its contents—which the Spee Club sent to advertise a Saturday party—were “offensive, crude, and sexist.”

On Thursday, the Spee, an all-male final club located on Mount Auburn Street, issued an apology for circulating the invitation, which included an image titled “Playbear” and linked to a since-removed YouTube video that featured multiple clips of women wearing underwear and models walking on a runway. 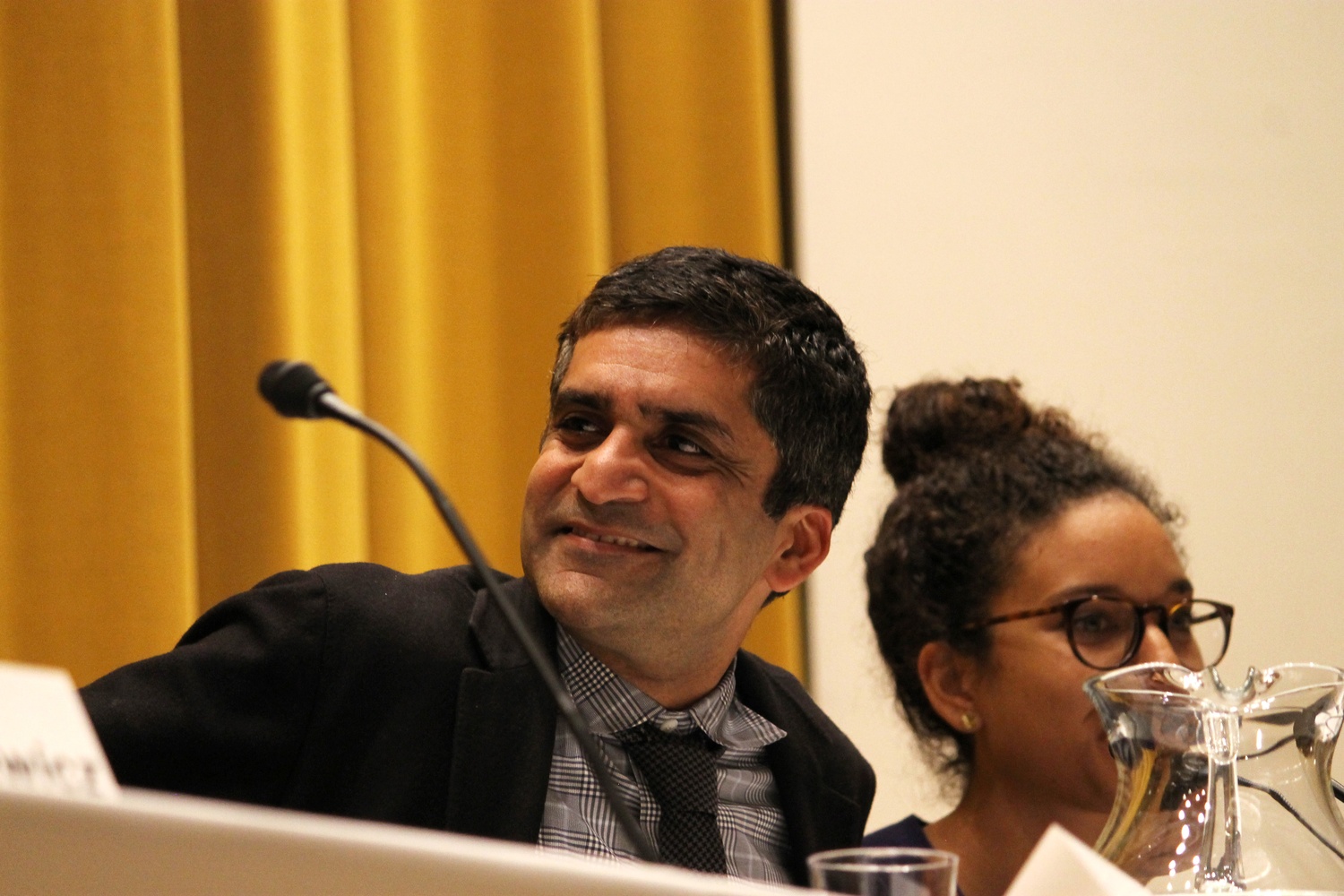 Dean of the College Rakesh Khurana criticized a controversial party invitation circulated by the Spee Club earlier this week. By Jennifer Y Yao

The invitation drew criticism from some students who said its depiction of women was objectifying. Vince T. Cooper ’15, whose email account sent the invitation on Wednesday, emailed recipients on Thursday night apologizing for what he called a “genuine lapse in judgment regarding Saturday's invitation.” Cooper later wrote in an email to The Crimson that the Spee hopes to hold an open forum with female final club members to discuss concerns raised by the invitation.

In an email to undergraduates Friday, Khurana did not identify the Spee by name, instead referencing an “all-male unrecognized student group.” He wrote that he received an image of the invitation and said that it did not align with the College’s values.

“I am troubled by the lack of judgment shown in organizing and promoting this event, which runs counter to the values we hold as a community,” he wrote. “I am concerned as a member of the Harvard community because sexism and bigotry are antithetical to our fundamental values as an institution.” 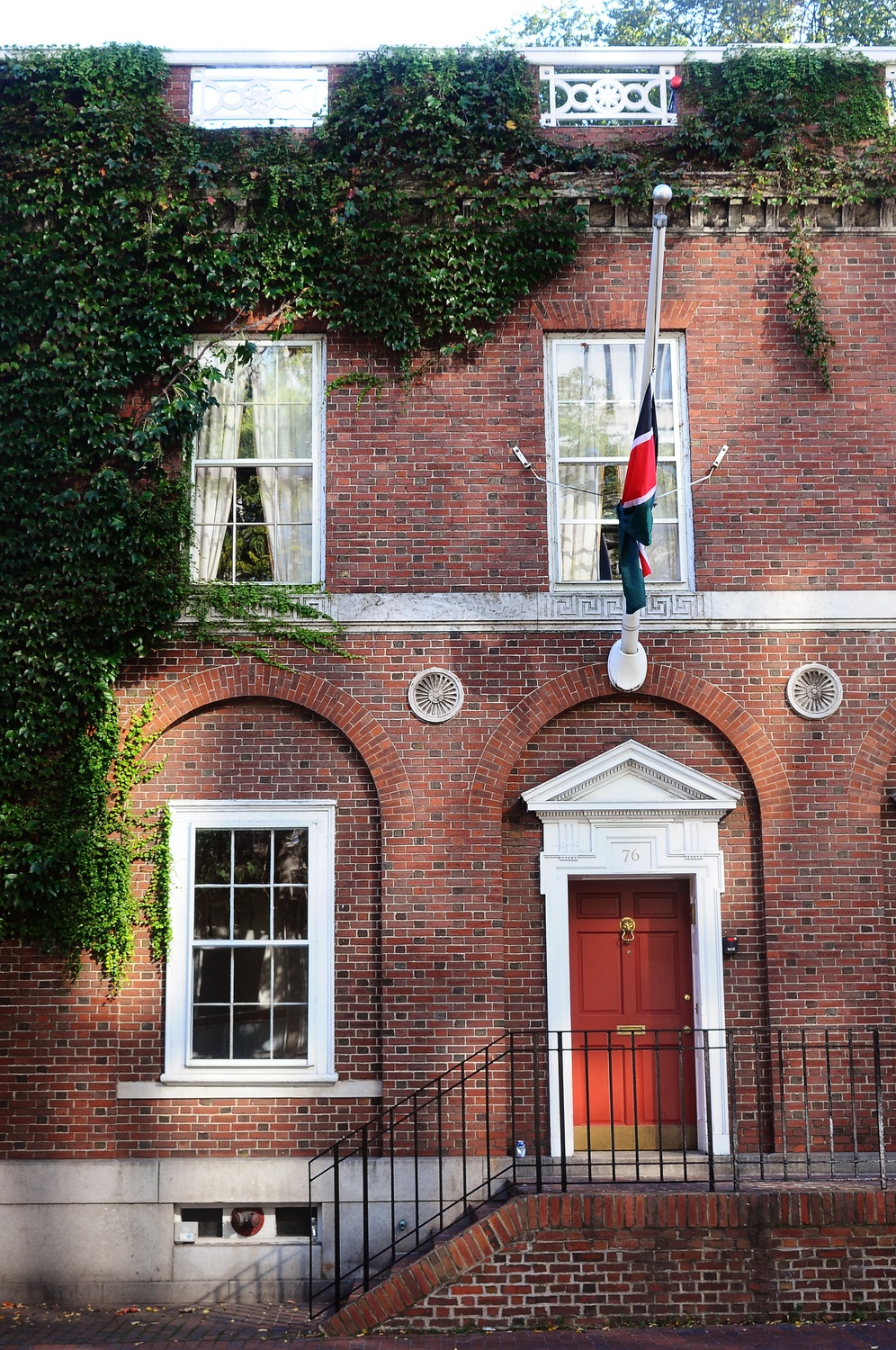 Khurana urged students to send him feedback on the invitation over email or through the Twitter hashtag “#crimsonrespect.” At least one administrator’s Twitter account, assistant dean of student life for public service Gene A. Corbin, sent out a statement using the hashtag.

“This email from Dean Khurana reflects that pressure from some students [for administrators] to take note of something like this, and not just take note of it, but take a position,” Biebelberg said.

Through Faculty of Arts and Sciences spokesperson Anna Cowenhoven, Khurana declined to comment beyond his email.