School of Public Health Dean To Depart for University of Miami 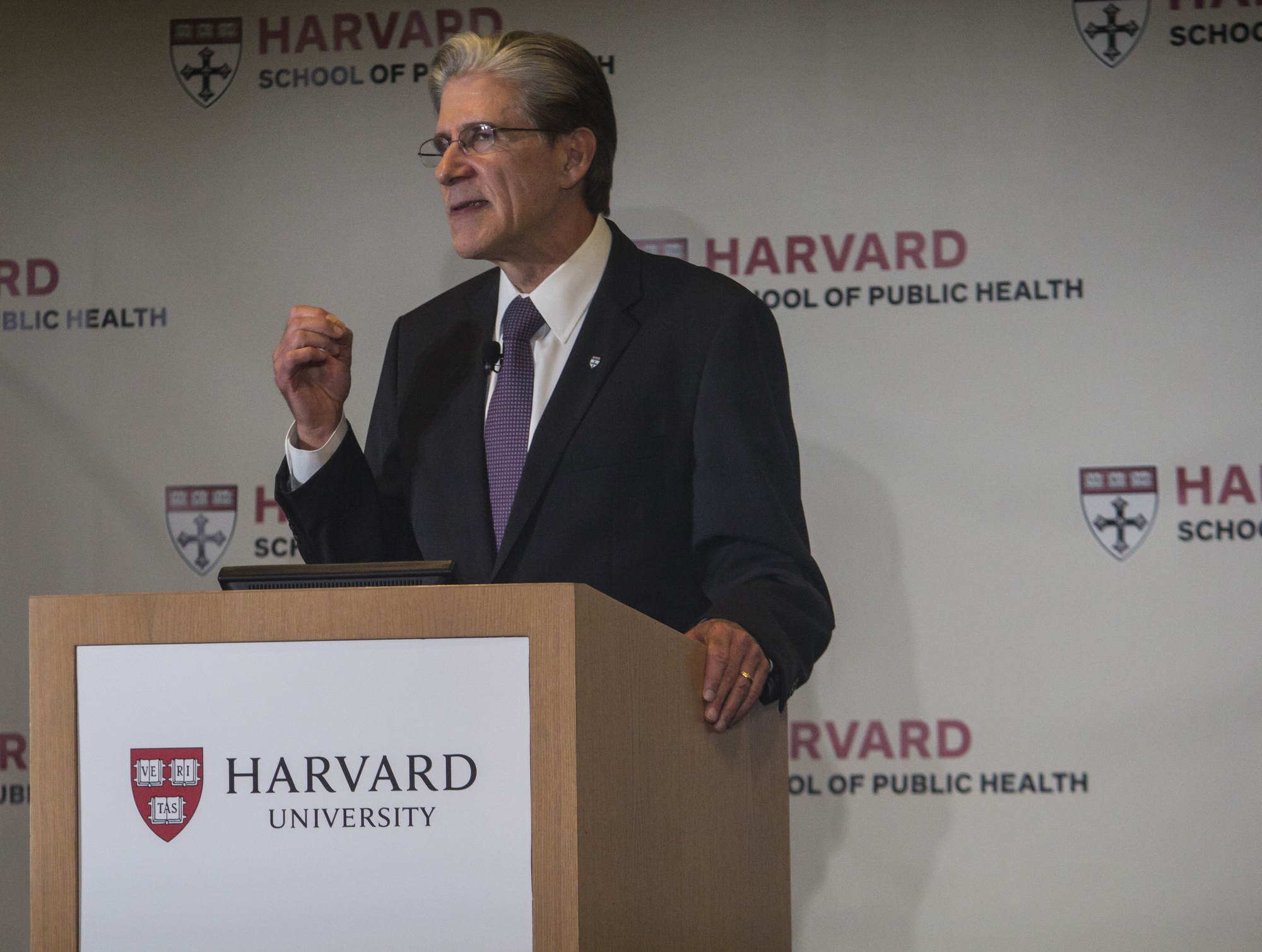 Julio Frenk, the dean of the Harvard School of Public Health, talks on Monday about the school's history, its achievements, and the future of public health across the globe.
By Melanie Y. Fu and Tyler S. B. Olkowski, Crimson Staff Writers

After six years as dean of the Harvard School of Public Health, Julio Frenk will leave Harvard to serve as president of the University of Miami.

In the midst of Harvard’s ongoing capital campaign, Frenk oversaw the School of Public Health when it secured the largest gift in the University’s history—a $350 million gift that led to the school’s renaming in honor of the father of donor and billionaire Gerald L. Chan.

Frenk will assume Miami’s presidency on Sept. 1, according to a University of Miami press release.

Before serving as the School of Public Health’s dean at Harvard, Frenk served as Mexico’s minister of health from 2000 to 2006, introducing the government-funded universal healthcare program Seguro Popular. He also worked as an executive director for the World Health Organization and as a senior fellow at the Bill and Melinda Gates foundation. 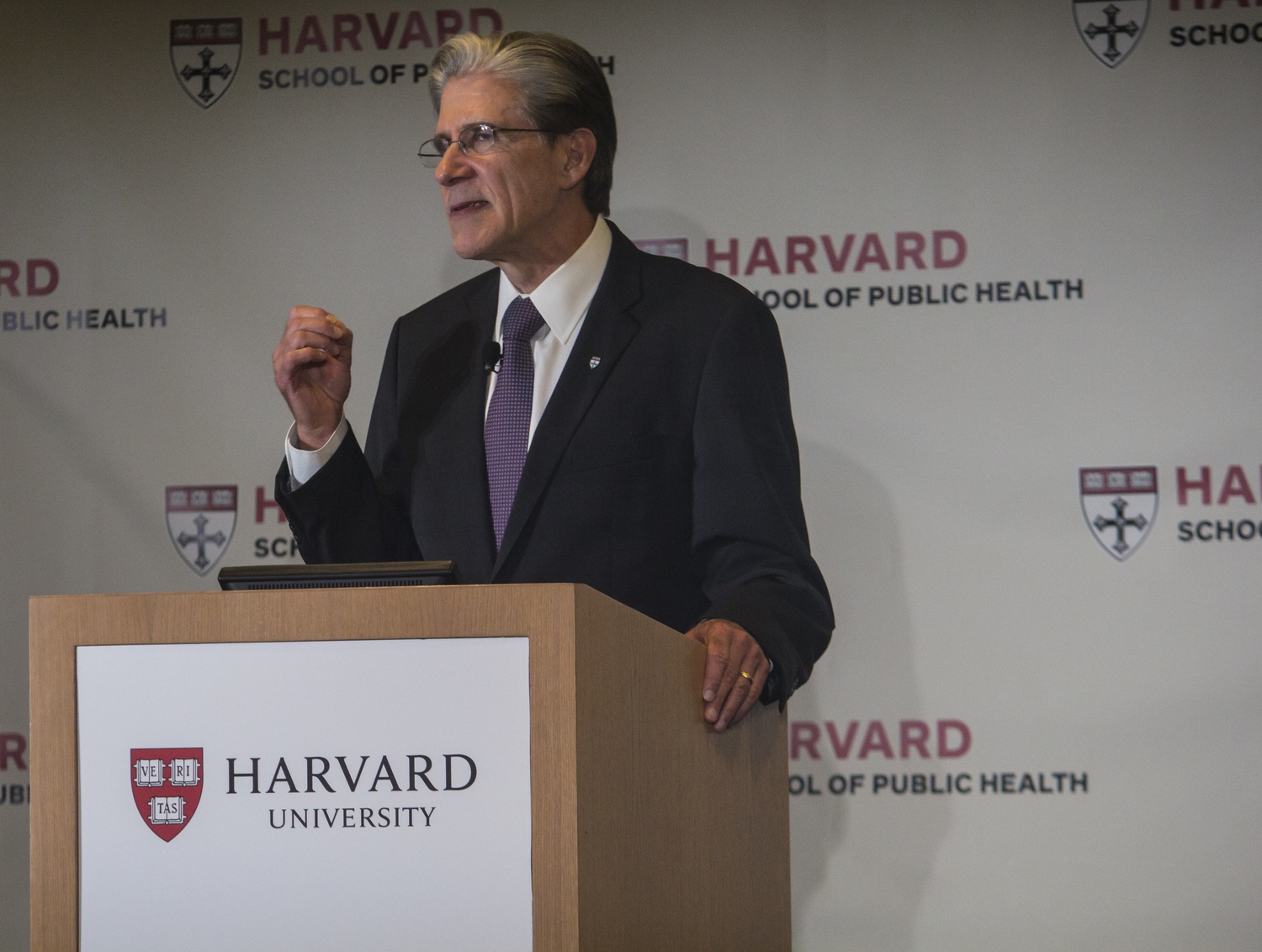 School of Public Health Dean Julio Frenk will begin his tenure as president of the University of Miami on September 1. By Zorigoo Tugsbayar

“I have known Dr. Frenk for more than two decades,” said Donna E. Shalala, current University of Miami president, in the press release. “He is an extraordinary, highly respected leader in global public health. I warmly welcome him and his family to the university and our community.”

University President Drew G. Faust thanked Frenk for his service in a statement. “It’s clear from their choice that the University of Miami’s trustees share Julio’s own qualities of wisdom and foresight, and that they have discovered in him the remarkable leadership capacity and vision with which he has graced Harvard these past six years,” she said in the statement.

Frenk earned his M.D. from the National Autonomous University of Mexico before earning a Ph.D. and Master of Public Health degree at the University of Michigan. His appointment to dean of the School of Public Health in 2008 made him one of two deans at Harvard at the time to hail from a country outside of the United States. His projects at Harvard have included raising awareness of maternal health, advocating for increased global health security, and promoting healthcare investment in developing countries, and his work both in and out of Harvard has earned him various accolades.

Mitchell L. Dong ’75, a member of the Executive Committee on the School of Public Health’s Leadership Council, attested to Frenk’s singular approach and experience in global health.

“We can study, we can research, we can make science, but unless it actually affects and improves human lives, what good is it?” Dong said. “[Julio] is a perfect model of that. People look up to somebody who’s not just studied it and consulted upon it and written about it, but somebody who’s done it. He did it.”

“He’s someone who can take on some of the world’s most challenging problems, problems that seem overwhelming,” Burke said. “Yet he inspires people and leaves people with a source of hope and optimism for what can be accomplished. When you look at problems in AIDS, ebola, and healthcare inequities, to have someone who can lead the way forward and inspire people…that’s a great gift.”

Though Frenk’s departure from Harvard marks the end of his official involvement in HSPH’s fundraising efforts, Burke expressed confidence in the strength of the campaign in Frenk’s absence.

“Julio is an extremely inspiring leader, and of course he will be greatly missed in the capital campaign,” Burke said. “However, I think he’s already done an extraordinary job in inspiring not only the Chan family but also the School of Public Health and University to take a look at the incredible work the school is doing.”

Richard L. Menschel, who supported a $12.5 million gift to the School of Public Health in September 2013, praised the University of Miami’s choice. “[HSPH] has benefited from the dean's international outlook, creative and respected leadership and his ability to implement his ideas and vision,” he wrote in an emailed statement.