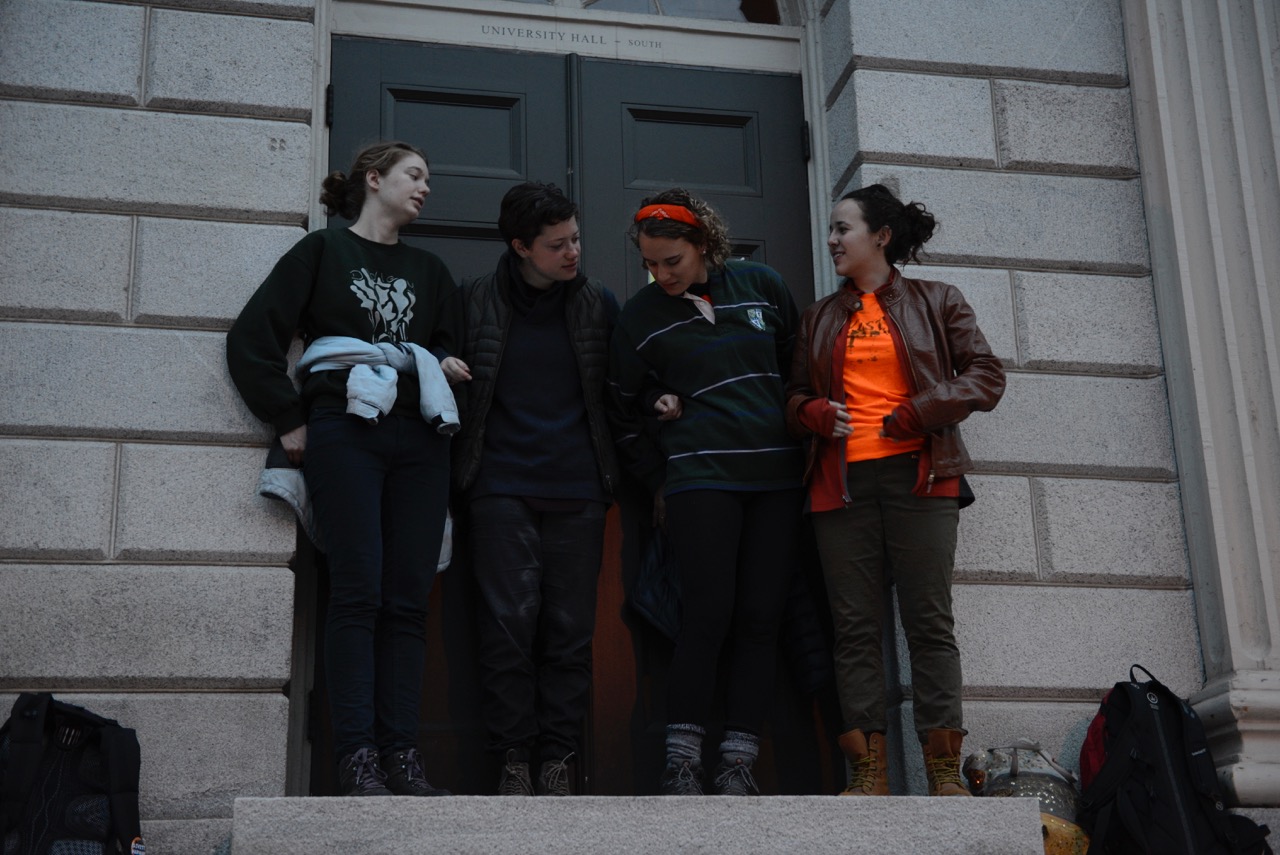 Campus demonstrations by the environmental activist group Divest Harvard have affected classrooms across Harvard’s campus, with some students missing class to participate and some professors incorporating the demonstrations into their curricula.

Divest Harvard began its blockade of Massachusetts Hall, which houses the offices of University President Drew G. Faust and her senior staff, on Sunday evening, and say that they plan to continue their occupation until Friday, April 17. Some student members of Divest Harvard said that their activities this week, dubbed “Heat Week,” will mean missing classes and fitting their academic work into time between protests.

“I’ve brought some work out here with me to do on the blockade. The bigger challenge is all the time and energy that went into planning, which obviously couldn’t go into academics,” said Jasmine P. Opie ’16, a co-coordinator of Divest Harvard.

Other members of Divest Harvard have found ways to incorporate their activism into their academic work. Divest member Canyon S. Woodward ’15 says that his involvement with the group helped inform his topic choice for his thesis, which focused on the climate movement in the United States over the past 10 years. He added that his thesis research has also helped contextualize his activist work.

“The thesis was the crux of my academic experience, and that research led me to the conclusion that it really will take a grassroots social movement like we’re trying to build here to make an impact,” he said.

Members of the student group participating in the week’s activities said that their professors have for the most part accepted their reason for missing class this week.

Some faculty members have also incorporated the week’s activities into their teaching. Associate professor of sociology Jocelyn Viterna, who is currently teaching Sociology 27: “Introduction to Social Movements,” said that she brought her Monday lecture to Mass. Hall.

“I walked the class over yesterday to see social mobilization in action. The students involved in ‘Harvard Heat Week’ talked about how they got involved in this issue, and I think it was a powerful learning experience for my students,” Viterna said on Tuesday.

Divinity School lecturer Willa B. Miller, who is currently teaching HDS 3016: “Green Buddhism: Faith, Ecology, and Activism,” said she created an additional final paper option for her class in response to the week’s protest: students will have the choice of attending a “Heat Week” event and writing a reflection on it.

“I know that some of my students were going to attend it anyway, and it seemed like it might dovetail well with their work for the course. And of course it works well because the class is about faith and the earth and activism,” she said.